The evil of banal censorship

These censored images are mostly mundane. What's the problem here? 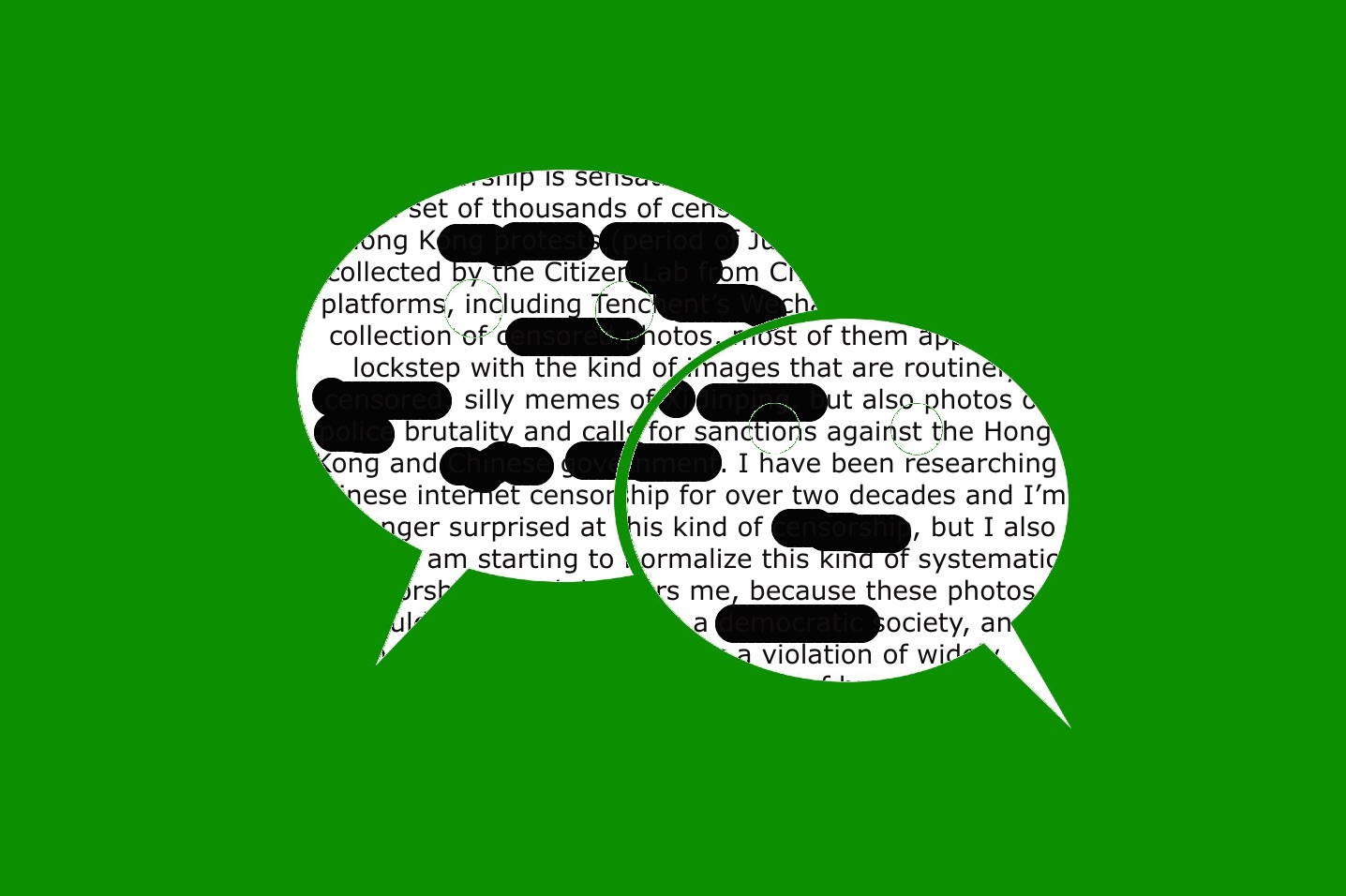 Not all censorship is sensational or spectacular. I reviewed a data set of thousands of censored images of the 2019 Hong Kong protests (period of June to October 2019) collected by The Citizen Lab from Chinese social media platforms, including Tenchent’s Wechat. Going over the collection of censored photos, most of them appear in lockstep with the kind of images that are routinely censored: silly memes of Xi Jinping, but also photos of police brutality and calls for sanctions against the Hong Kong and Chinese government. I have been researching Chinese internet censorship for over two decades and I’m no longer surprised at this kind of censorship, but I also realize I am starting to normalize this kind of systematic censorship, which bothers me, because these photos should not be censored in a democratic society, and because such censorship is a violation of widely recognized international standards of human rights.

However, a few images in this collection still caught me off-guard. These images are mostly mundane, almost banal pictures of protesters. Looking at these images, my first thought was “What’s the problem here? Why is this censored?” Like this picture, for example:

Censored photo on Citizen Lab's Net Alert, published under Fair Use: It ‘shows a moment where protesters seem to be just milling around, waiting, doing nothing in particular …’

I believe this picture was taken at the Chinese University of Hong Kong on September 2, 2019, when students organized a sit-in to start a two-week class boycott in protest against the extradition bill. On that day, student representatives read out a joint statement and shouted slogans. This particular photo shows a moment where protesters seem to be just milling around, waiting, doing nothing in particular. In other words, this was a photo of a quiet moment at a peaceful rally. So why was this censored?

One possibility is that the censors decided to censor this photo because they wanted to erase the entire existence of these events. The objective, in this case, is to buy time so that the Party can figure out what the talking points should be. They wanted to avoid a situation where people would start asking questions upon seeing these photos, but where the Party had no answers ready yet.

Another possibility, which I think is more likely, is that this picture is censored because of what it shows: a public. As defined by American philosopher, John Dewey, a public is “a group of people who, in facing a similar problem, recognize it and organize themselves to address it” (The Public and its Problems, 1927). Instead, what the Party wants you to think: this is not a public, this is a crowd. As understood by Gustav Le Bon, a crowd, in contrast to a public, is characterized by its “impulsiveness, irritability, incapacity to reason, the absence of judgement of the critical spirit, the exaggeration of sentiments” (The Crowd: A Study of the Popular Mind, 1895). The CCP propaganda narrative continues to portray the protesters as violent, irrational, emotional, and this picture does not fit this narrative. 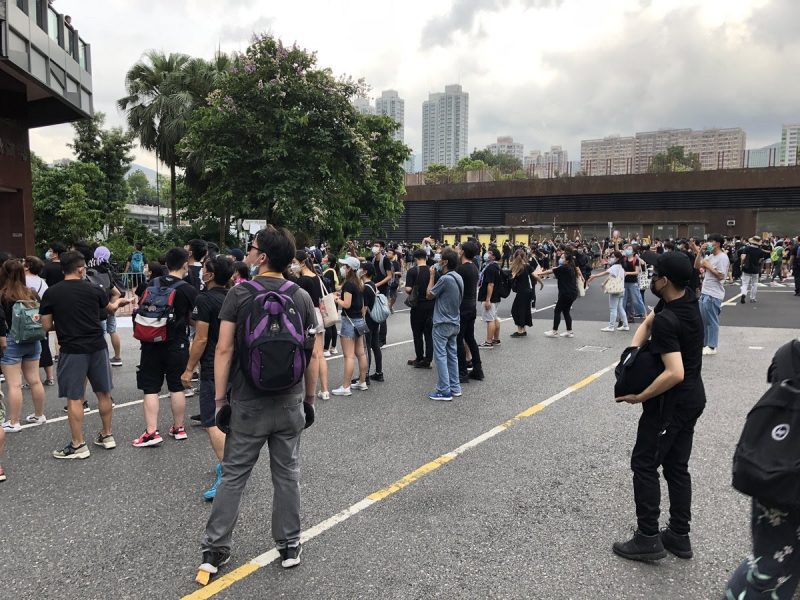 Hannah Arendt talked about the banality of evil, and how this is often not the kind of evil where men are twirling their moustaches, but instead how it can be bureaucrats who do what they are asked to do, who do not reflect upon what they are asked to do, who have no inner dialogue, who are not critical, who do not think. Similarly, I argue that this censorship of banal images is evil, in the sense that it prevents us from thinking. The propaganda narrative wants us to accept a simplistic reality where protesters are violent and emotional and irrational, instigated by foreign forces, and that’s all there is to it. That’s why images of peaceful protesters have to be censored: they do not fit the narrative, they might actually make us reflect and wonder and ask questions. This kind of censorship is neither new or surprising: think censorship of seemingly innocent pictures of Winnie the Pooh.

But that this banal censorship is not surprising does not mean we should accept it as normal. What we lose is the possibility to have a common world, where we see each other as human beings, in all our complexity, diversity and plurality, with different opinions, but also with the ability to work out our differences through dialogue and conversation. This common world is what the CCP through this kind of censorship is destroying. In the face of such repression, I am inviting you to start a dialogue and think about the following important questions: how can we refuse and reject this kind of censorship, and how can we start rebuilding a common world, one that is inclusive, diverse, that allows our imagination to go visiting and that allows us to walk a mile in the shoes of the other?

Lokman is a scholar and activist, a Fellow with The Citizen Lab at the University of Toronto, and currently working on a book about his experience in the Hong Kong protests.