“I had anxiety attack the day the news was announced.” 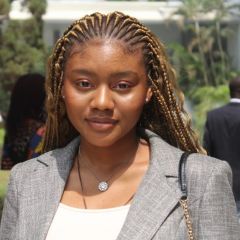 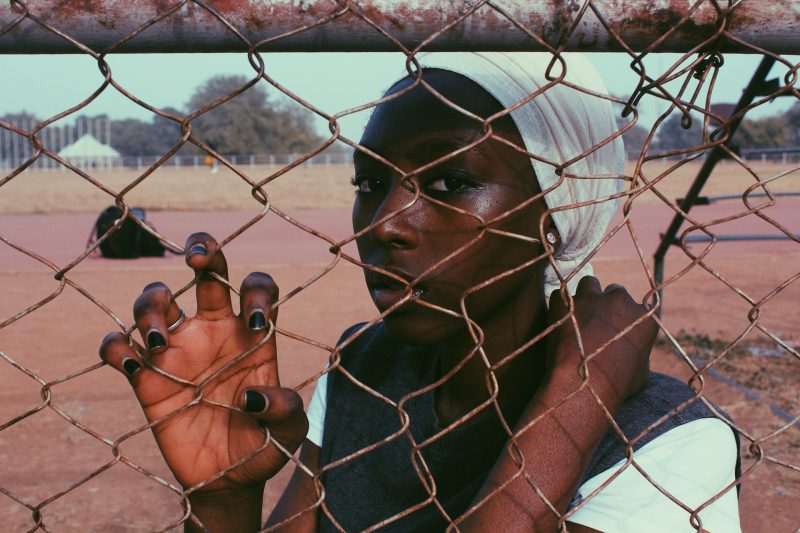 A metaphor for the Nigerian Twitter ban? A young Nigerian woman behind a chain linked fence. Image by Muhammadtaha Ibrahim Ma'aji, Pexels, free to use.

Two months into the shutdown of Twitter by the Nigerian government, many young business owners, social media influencers, and activists have been adversely affected, and Global Voices spoke to them to understand the impact of the ban on their lives and businesses. Fears about the possible expansion of the suspension to other social media platforms such as Instagram has excerberated their concerns.

The shock of the Nigerian government’s June 4, 2021 banning of Twitter still reverberates. The Nigerian government banned the social media platform after Twitter deemed harmful and deleted a tweet by President Muhammadu Buhari which suggested that the state would use violence against the Igbo ethnic group.

Since then, many have speculated that the government’s suspension of the microblogging platform was also in retaliation for Twitter’s support for the youth-led October 2020 #ENDSARS movement against police brutality.

READ MORE: Social media became a life-saving tool for Nigerians. Now, they have to fight for it

Nigerians resisted the ban by tweeting with the hashtag #KeepItOn. The #KeepItOn campaign is a coalition of more than 200 research, advocacy, media and organisations, including AccessNow, “located within 75 countries around the world, fighting to end Internet shutdowns globally.” On May 26, 2020, Twitter released a special emoji to support the #KeepItOn campaign:

We hope the new #KeepItOn emoji will animate conversations about the fight against #InternetShutdowns across the world. The design by @AccessNow is universal. It represents openness and empowerment. It also reflects the fundamental importance of access.

Different categories of young people have been adversely affected by the Twitter restriction: young Nigerian entrepreneurs who make a livelihood from the platform through marketing their goods and services; those who use Twitter to laugh and meet new people; and those who depend on the platform for issue advocacy.

A Lagos-based owner of a jewelry business (name withheld for security reasons) is one of such young Nigerian business owners who depend on the platform to reach their customers. “I had a very bad anxiety attack the day the news was announced,” she told Global Voices.

This young business owner is not oblivious to the value that being present on the platform has added to her sales. The number has helped in crediting her as a business owner in relation to the norms on Twitter. She also expresses how her business had become such an important part of her life as she had something she could dedicate time to and grow.

The jewelry seller and other Nigerians have remained active on Twitter despite the ban, by using VPN circumvention tools. However, the use of VPN to access the platform has not alleviated their plight either. The routing of their tweets through other countries has displaced the audience and market of these young Nigerian entrepreneurs.

This Twitter ban is affecting so many companies customer acquisition strategy digitally, because people’s VPN no longer get turned off for many social platforms.

The Lagos jewelry owner is no stranger to VPNs, having to rely on them in the past in order to get simple things for her enjoyment such as accessing movies on Netflix that are not available in Nigeria. She has since tried to use them to access Twitter. She laments, however, that it can get tiring having the VPNs affecting her other apps such as Pinterest where she is forced to view posts in another language.

Nwalema, a young content creator, social media influencer, and model is also feeling the Twitter ban. She discussed the situation in an interview with Global Voices. The country appears to be firmly in the grip of a “dictatorship,” she said. She fears that “Instagram might be next” to be banned by the government, even though the government has not said they would ban the platform She worries that the licensing or even possible ban of all social media platforms in the country will spell doom for her and other influencers, especially students who earn a living from the platform.

Others use Twitter as a platform to express their socio-political opinions and make a difference through advocacy. One of such online activists is Chisom Agbodike, a 19-year-old student studying in Ekiti in southwestern Nigeria. Agbodike advocates for LGBTQ+ rights and uses the platform to express these views. Since the Twitter ban began, many young Nigerians, including Agbodike, have been on edge because of the scary thought of the country slowly becoming autocratic as opposed to democratic.

The Lagos jewelry owner, Nwalema, and Agbodike are just a few examples of the millions of Nigerian youths who have found solace in social media — be it purely for entertainment, to have their voices heard, or to earn a living — and are now being restricted by the government.

One thing that can be sure is that many young people have lost hope in the democracy that Nigeria claims to be practicing. For them, #KeepItOn seems to be their best option for survival.

This article is part of a series of posts examining past and present online advocacies for transparency, accountability and good governance by Nigerian youth.  This writing project was part of the Digital Communication course for second year students of Mass Communication, School of Media and Communication (SMC), Pan Atlantic University, Lagos, Nigeria. This project falls under Global Voices’ digital rights reporting and newsroom training for communication students around the world.