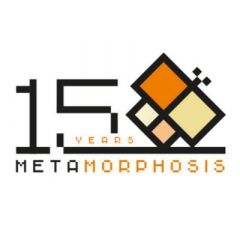 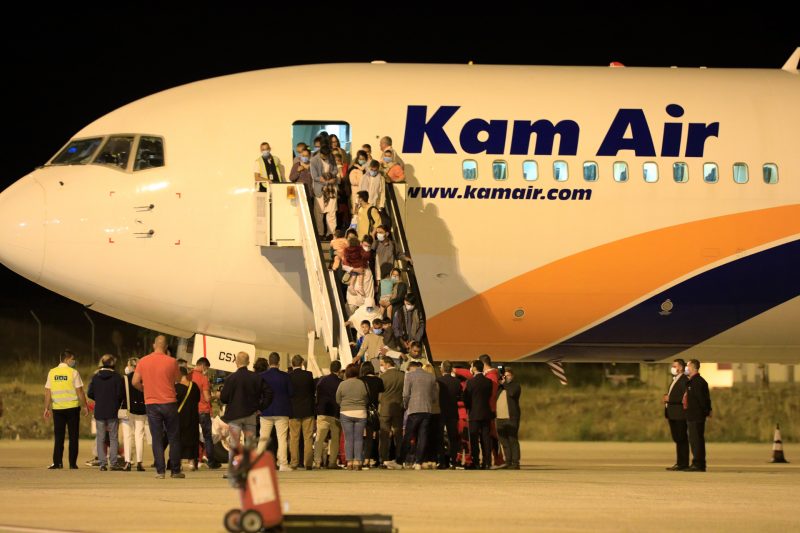 Refugees from Afghanistan arriving at Skopje International Airport on the night of August 30, 2021. Photo by Meta.mk, used with permission.

This story is based on original coverage by Meta.mk. An edited version is republished here under a content-sharing agreement between Global Voices and Metamorphosis Foundation.

The first group of 149 Afghan citizens arrived in Skopje International Airport late in the night of August 30, coming via Tbilisi, Georgia. Immediately after their airplane landed, medical emergency vehicles transported a pregnant woman and her husband and child to the Skopje Gynecological Clinic, while one other person  who fainted was also taken to hospital.

Afghans evacuated from Kabul have been welcomed by the government of  Republic of North Macedonia and local civil society, with some expressing solidarity and empathy. However, since the Taliban takeover, right wing extremist political parties and affiliated media have intensified their xenophobic propaganda against helping the refugees.

Upon the arrival of the  actual refugees in Skopje, Minister of Foreign Affairs Bujar Osmani stated that they include associates of Open Government Partnership (OGP), an international network for good governance, as well as employees of other international or nongovernmental organizations, accompanied by their spouses and children. He said:

We share the common values of freedom, democracy, peace and equality with these people. Unfortunately, and without their fault, their safety and safety of their families has been endangered, their lives are in danger. Because of that we decided to help them now, today, immediately, when they need help the most.

Accepting the latest wave of refugees in North Macedonia has been a subject of public debate for more several weeks. This included the issue of the expenses of their stay, which was settled after it become clear that US and private donors would be covering them.

The profiles of the people arriving are also known, with Prime Minister Zoran Zaev, stating that there will be “peacemakers, human rights activists, women, children, persons working on democracy issues and assisting our armed forces,” since the army of the Republic of North Macedonia was also part of the NATO coalition forces in Afghanistan for two decades.

Right wing parties, in particular the opposition VMRO-DPMNE, a member of European People's Party, opposed the aid operation, even though in the past they have often taken pride in the country's military participation in the mission in Afghanistan (when they were in power).

Similar behavior was observed in right-wing circles in neighboring Serbia too, whose political and media establishment has significant influence across the whole of the Western Balkans.

I don't know how much one needs to hate America to express sympathies for the Taliban success, but in Serbia it's obvious many reached that level.

After North Macedonia, alongside Albania and Kosovo, announced its readiness to accept Afghan refugees, a distinct increase in attempts to manipulate local populations and incite resentment was seen.

Macedonian nationalists went from making an issue out of the number of refugees to spreading disinformation about the timing and the nature of their stay. This included reviving old conspiracy theories peddled by fugitive former prime minister Nikola Gruevski about replacing the Macedonian population with an “invasion” of Muslim immigrants. Propagandists also revived an old scare about  the gender of the refugees, with false claims that only fighting-age men are coming to form terrorist sleeper cells. A very common misconception misrepresents the victims of the Taliban as an advance troops of their oppressors.

While troll armies amplified such Islamophobic messages via social media, there were also many people who opposed the panic-inciting wave of hate mongering and disinformation that exploited the plight of the refugees.

Those who now flee Afghanistan are not thieves or violators or religious fanatics.
Those who flee are intellectuals, freethinking and emancipated people.
It seems that that kind of people is scary for some in Macedonia.

More disinformation, “made in the US”

The arrival of Afghan refugees in North Macedonia was also preceded by disinformation coming from the US, weaponized to undermine the current administration in front of American audiences.

One such piece of disinformation went viral: American conservative political commentator, conspiracy theorist, radio host, and television producer Glenn Beck published a tweet containing a snippet of his interview with the Arkansas senator Tom Cotton featuring a false claim that the US government asked their Macedonian allies not to accept refugees.

I've heard reports that OUR State Department told Macedonia to stop taking Afghan refugees. @SenTomCotton tells me he's heard similar reports. If our govt won't save these people, WE WILL. But the State Dept. must stop standing in the way. pic.twitter.com/gYzYBzR8N4

In the video Beck says that “they [it is unclear who the “they” are] were looking for places to fly people in just to hold them and Macedonia was one of them and our ambassador … or the ambassador of Macedonia was called by the State Department and told not to take any of these people.”

The fact-checking service Truthmeter debunked these claims. Its journalists contacted the government of the North Macedonia and the Ministry of Foreign Affairs, asking  if it is true that they received this kind of request from the US authorities. The response made it clear that the claims in the tweet and the video excerpt are untrue:

This is not true. The government has approved accepting 780 Afghan citizens in order to save their lives. The complete humanitarian mission by the Government is implemented in complete cooperation with the United States.

Contrary to Beck’s claims, the Prime Minister Zoran Zaev, the same day (August 26, 2021), just a couple of hours before the publication of the tweet, reiterated his policy of accepting Afghan refugees:

If we save only one person, I think we are saving the world. We are providing solidarity, we called and offered together with our strategic partners as a country, in accordance to our capabilities and capacities, to share this responsibility, promote principles and values with the democratic world, when it comes to accepting people from Afghanistan under threat of losing their lives.

Glen Beck, during his career as commentator and media personality promoted various conspiracy theories about American liberals from President Barack Obama to philanthropist George Soros, even falsely claiming that Holocaust survivor Soros as a boy helped “send the Jews to the death camps.” While Beck later apologized for these statements, some considered it was too little, too late.

“Taking all of these arguments into consideration, we are rating this claim of the conservative commentator Glenn Beck, stated on his media network The Blaze, as untrue,” Truthmeter.mk writes.