A group of protesters that deny the existence of COVID-19 and oppose epidemiological measures and vaccination have stormed the studio of Public Broadcaster Radio Television (RTV) Slovenia on Friday evening, demanding airtime to present their views.

The incident took place around  8:30 pm on September 3, as anti-vaccination protesters entered the studio used for news production and started insulting the  journalists.  The police had to intervene to remove the intruders.

Journalist Barbara Vidmajer shared a video showing the event and  police intervention  in a tweet which become viral.

The group that invaded the Slovenian public broadcaster's studio has been protesting  in front of the building for weeks. Before the incident, these protests were nonviolent, but they did include the heckling of the journalists who were passing by.

TV anchor Tanja Staric told N1 that they had been warning the authorities for months that the situation was becoming unbearable, but that no one had done anything until the incident.

The police finally removed about 20 protesters, who were not wearing masks, bne Intellinews  reported.

RTV Slovenia journalists appealed to authorities to protect them from further violence.

Who are the protesters?

The attackers call themselves the Movement of  Aware Inhabitants of Slovenia or OPS. Their Facebook page Gibanje OPS (Osveščeni Prebivalci Slovenije) is listed as a “local business” and has nearly 24 thousand fans and almost 30 thousand followers. In the about section of the page, they describe themselves as an “independent, determined and powerful civic organization” working on “program of national unity” based on “liberation, cleansing and rebirth of Slovenia!” 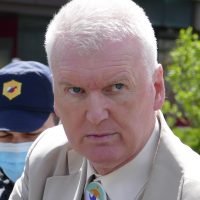 OPS president is Ladislav Troha, described as the “leader of the cult of coronavirus deniers” in a profile published by  24ur.com the day after the incident.  The profile lists a number of his attempts to draw public  attention, including a holding a hunger strike for almost two months in 2014 in front of the government.

In 2001 Troha claimed he was kidnaped for four months by three unknown persons. The subsequent investigation carried by Slovenian police could not confirm these claims and resulted in him being charged for filing a false police report. The court later released him due to lack of evidence.

Previously, Troha served as an officer in the Slovenian Army, reaching the rank of major. Before his 2001 disappearance claim, he was discharged after publicly spreading false claims about other officers planting explosives for the purpose of political assassinations on behest of the then minister of defense, Janez Janša, in 1993.

Janša—who currently  holds the post of Slovenian prime minister—later sued Troha for defamation and won the lawsuit of one million tolars or about 5,000 dollars.

Troha unsuccessfully ran for parliament in 2008 and for president in 2012.

The reality of COVID-19 in Slovenia

Open data presented by the independent project COVID-19 Tracker Slovenia shows that 4,456 Slovenian citizens had died of COVID-19 by September 6, 2021.

The tracker collects, analyses and publishes data on the spread of the SARS-CoV-2 virus in order to give the public a better overview of the magnitude of the issue and a proper assessment of the risk. 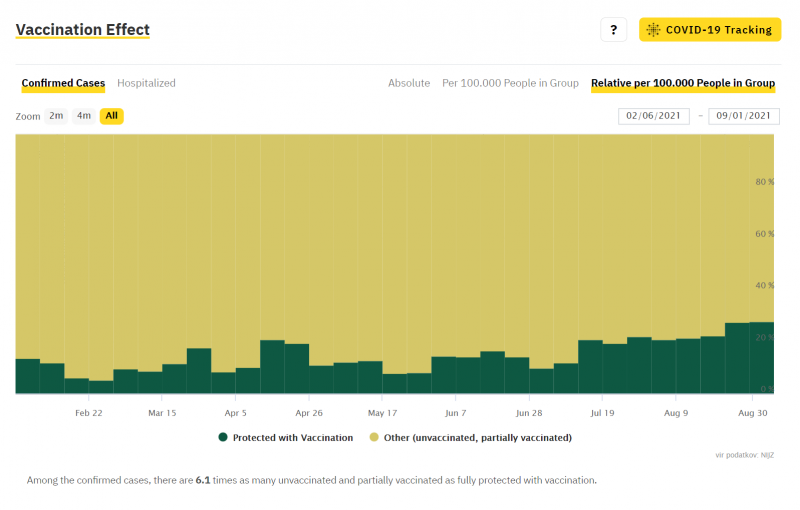 Current data on COVID-19 in Slovenia shows that unvaccinated patients make up the majority of confirmed new cases. Graph by COVID-19 Tracker Slovenia, used with permission.

The country has had about 270,000 confirmed cases out of 2 million inhabitants. About 43 percent of Slovenian citizens have been vaccinated, which has reduced the death rate in recent months. 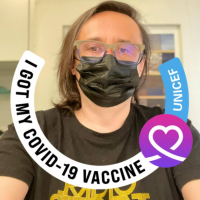 Software developer and activist Vladimir Kesma Nešković, a member of the COVID-19 Tracker Slovenia team, expressed concern in a statement to Global Voices:

Slovenia is currently in the lower half of the list of European Union member states vaccination rates of most vulnerable groups. So far the death rate had been low, but the number of new infection cases have been increasing rapidly in the recent days. One can expect that this would lead to overcrowding of the hospitals, which in turn would directly increase the death rate due to scarcity of medical care for all who need it.

Hungary  5 days ago
Cancel this reply