Is China exporting its surveillance state to Venezuela?

CEIEC has provided defense and surveillance systems to Venezuela 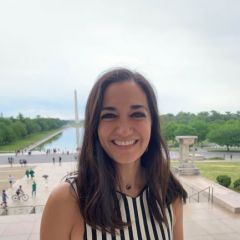 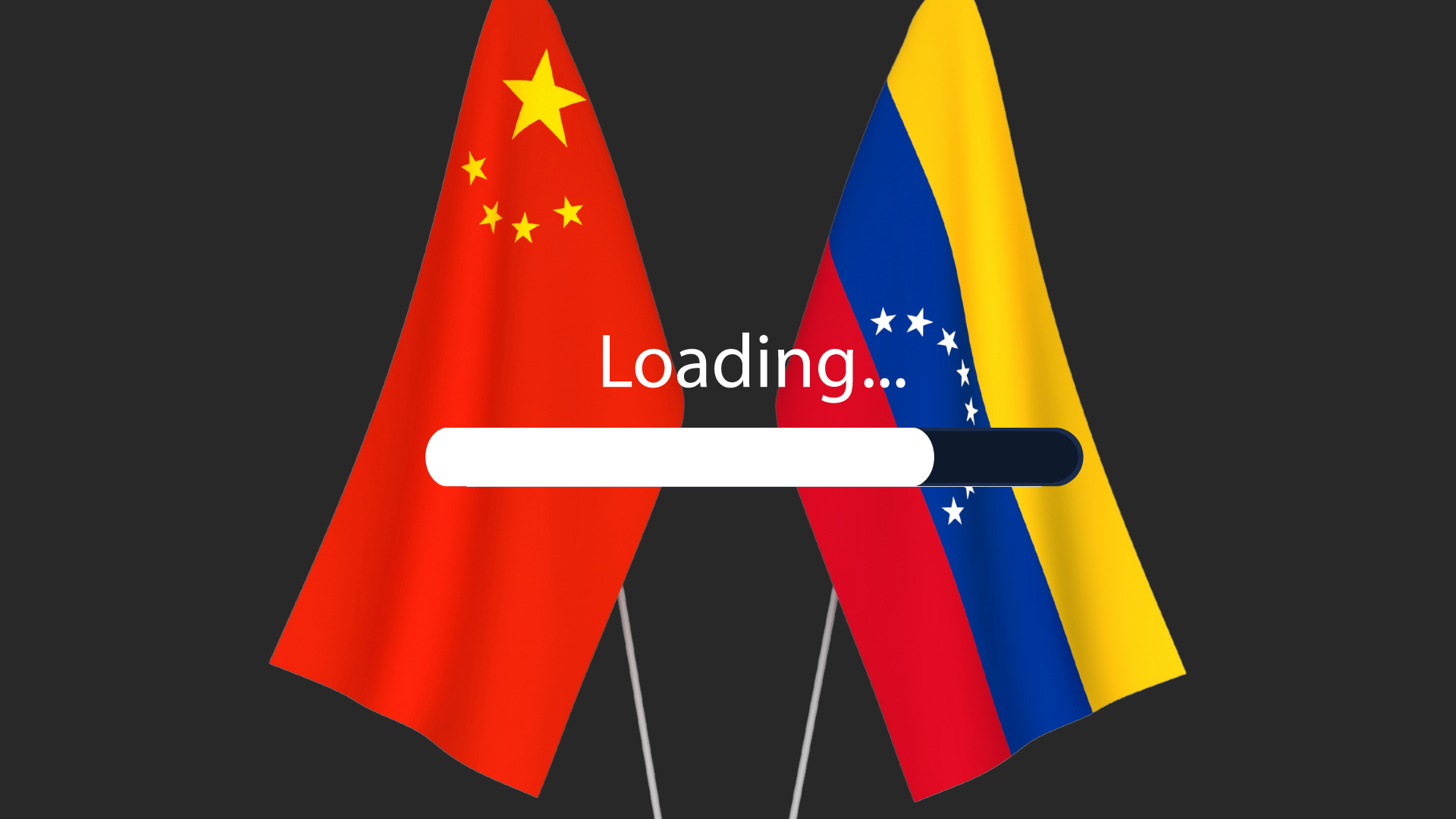 Venezuelan President Nicolás Maduro’s clampdown on democracy in Venezuela has used technology to implement social control mechanisms and to thwart freedom of expression on the internet. Critics have pointed out that the Venezuelan government aims to emulate the surveillance state that prevails in China, and that China has eagerly exported this model to Venezuela.

In June this year, a report by the UN Special Rapporteur on the Rights to Freedom of Peaceful Assembly and of Association to the UN Human Rights Council noted that the Venezuelan government has restricted access to Twitter, Facebook, and Instagram in the context of protests. The Freedom of the Net report published by Freedom House considers Venezuela “not free.”

In this regard, China’s involvement in the development of mechanisms used to undermine democracy and human rights in Venezuela becomes of particular interest when discussing the nature of bilateral relations. For years, activists and journalists have pointed out that the government is becoming better at implementing the same mechanisms seen in China to limit and even block access to the internet.

When President Hugo Chávez rose to power more than 20 years ago, Venezuela became one of China’s staunchest allies in the region. Over these two decades, the countries have shared a common narrative of anti-imperialism and resistance to the U.S.-led liberal international order. Venezuela became the recipient of nearly half of the loans made by China to Latin America.

In social and digital media, there is an ongoing discussion on what are the ultimate goals of the “comprehensive strategic partnership” both governments promote. Some observers consider it is merely economic and only exists because China perceives a direct economic benefit. For others, Venezuela is a pawn in China’s larger goal to contest U.S. power, and therefore, China’s support of the Maduro government is also a geopolitical strategy.

The specificities of China’s alleged participation in these anti-democratic practices in Venezuela is, however, a puzzle. Scant official information exists on bilateral agreements between the countries from 2000 to 2020. Independent journalists and civil society organizations have taken on the task of piecing together some critical aspects and implications of these agreements, but details remain sparse.

As repression and censorship increase in Venezuela, the activities of one Chinese company have garnered increasing interest: the state-owned China National Electronics Import & Export Corporation (CEIEC), one of the main companies responsible for providing the Venezuelan government with the digital means to silence and persecute its critics.

But CEIEC is not an ordinary tech company. It is one of the largest military contractors in China and one of the few defense companies authorized by the Chinese government to sell overseas.

CEIEC in Venezuela: a tradition of opaque businesses

CEIEC is not new to doing business with the Venezuelan government. In 2005 and 2014, Venezuela acquired radar and command posts manufactured by the company as part of a series of agreements on defense cooperation.

According to its webpage, CEIEC helps its customers respond to the challenges of “sovereign threat, natural disaster, social crisis, and economic development” by providing them with software, equipment, and infrastructure for defense, public security, and digital identity. By 2019, it had 24 overseas branches and a presence in 160 “countries and regions.”

In 2013, Venezuela paid the company $1 billion USD to develop a public security system that comprised the installation of 30,000 security cameras and national, regional, and municipal command centers interconnected by independent telecommunications systems. The project aimed at supporting a government’s initiative to tackle one of the highest crime rates in the world. It failed to achieve its goals, among other reasons, because the agreement was not fully implemented.

In 2016, CEIEC provided the Venezuelan government a surveillance system for the penitentiary system that aimed at “guaranteeing security, order, discipline, and human rights” in Venezuela’s prisons.

More recent agreements in the telecommunications sector are even harder to pinpoint, signaling they may be highly sensitive for both countries.

In November 2020, the U.S. Department of Treasury, through its Office of Foreign Assets Control (OFAC), sanctioned CEIEC for helping the Maduro government undermine democracy, including “efforts to restrict internet service and conduct digital surveillance and cyber operations against political opponents.” According to OFAC, CEIEC provided Venezuela with the commercialized version of China’s “Great Firewall,” a nationwide filtering system and set of protocols enacted by Beijing that prevents politically sensitive content from entering the domestic network.

The sanctions sparked a discussion about the nature of CEIEC’s operations in Venezuela, and the lack of official information has been fertile ground for a variety of theories to emerge. This is not the first time the U.S. has imposed coercive measures on CEIEC. Between 2006 and 2008, the U.S. State Department sanctioned the company for violations of the Iran, North Korea and Syria Nonproliferation Act that seeks to prevent the three countries from acquiring equipment or technology that can be used for the development of weapons of mass destruction or cruise or ballistic missile systems.

In 2020, during an interview in a popular online show, William Peña, a Caracas-based journalist specialized in telecommunications and ICTs, stated that CEIEC exported and manages software that collects big data on Venezuelans, which helps the government exercise social control through approaches such as access to healthcare and much-needed government subsidies. Two years earlier, another Chinese company, the ZTE Corporation, was the subject of public scrutiny for its significant role in helping the government develop this system.

According to Peña, CEIEC has also provided technical assistance to the Venezuelan government to conduct espionage of journalists and opposition leaders, throttle internet speeds, and block digital broadcasts.

One critical journalist, Ibéyise Pacheco, attributes to CEIEC an even murkier role. She wrote in an April 2021 opinion piece in Diario Las Americas that the Chinese company has taken control of the Venezuelan state-owned telecommunications company, CANTV (Compañía Anónima Nacional de Teléfonos de Venezuela) – Venezuela’s main Internet provider – and from its headquarters in Caracas sabotages and attempts to hack the military software used by countries hostile to Venezuela’s government.

For its part — without providing any information on the activities of CEIEC in Venezuela — the Venezuelan government condemned the sanctions, claiming that the U.S. attacked an international company that was “providing services” to Venezuela. Other government officials and pro-government media implied that the sanctions would affect internet access in the country, which is already among the slowest in the world. According to this narrative, the sanctions are an attempt at sabotaging a company that intends to improve internet access for Venezuelans.

Independent experts have debunked this claim, noting that CEIEC does not provide telecommunications equipment directly to the public in Venezuela and its projects are not related to internet infrastructure.

Most mentions of CEIEC and Venezuela in Chinese media are about the U.S. sanctions and the reaction of the Chinese government, which strongly criticized the measure as interference in domestic affairs and undue coercion on Venezuelan and Chinese enterprises.

According to a report published by the Venezuelan chapter of Transparency International on the China-Venezuela bilateral agreements from the past two decades, telecommunications is the second sector with the largest share of agreements at 51, only after hydrocarbons production in Venezuela. The launching of three and possibly four satellites, and projects to bring 5G technology to Venezuela stand out among the projects funded within this cooperation framework.

Considering Venezuelan state-owned telecommunications company CANTV’s decline due to corruption, mismanagement, and lack of investment, journalists and social media users have speculated whether the company was or would be acquired by Chinese investors to, in principle, improve the provision of internet access. Among the companies mentioned are Huawei and CEIEC.

With the lack of transparency surrounding China's relationship with Venezuela, it is difficult to confirm just what role China plays in telecommunications in Venezuela and how it is affecting the digital rights and freedom of expression of Venezuelans.

This story is part of a Civic Media Observatory investigation into competing narratives about China’s Belt and Road Initiative and explores how societies and communities hold differing perceptions of potential benefits and harms of Chinese-led development. To learn more about this project and its methods, click here.