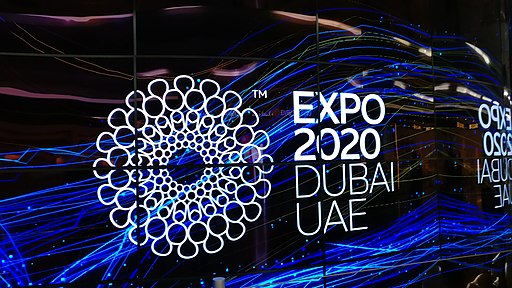 Israel took part in Dubai's Expo which is seen to enable it to market its surveillance technology which has already harmed journalists and activists in the Middle East. Image used under CC BY-SA 3.0 [1]

This article was first published by SMEX on December 6, 2021. It is republished as part of an a republishing agreement with Global Voices.

On October 7, 2021, Israel inaugurated its pavilion at Expo Dubai 2020 [2], after the United Arab Emirates extended an invitation to Israel to partake in the six-month world fair in 2019, a year before signing the Abraham Accords [3].

An estimated 25 million visitors [4] are expected to visit the Expo, which runs from 1 October 2021 to 31 March 2022, and which is seen as an opportunity for Israel, one of the world’s most advanced surveillance states [5], to polish its image before global visitors — a promotional stunt on behalf of the UAE.

Dubai’s Expo will open its gates soon. The Israeli pavilion has no walls or borders, showcasing Israel’s openness, diversity and innovation – an opportunity for millions of visitors from the Middle East and beyond to take a journey into #Israel [6] & future. pic.twitter.com/pamnDyzSWa [7]

Dubai police have deployed fleets of Israeli drones [9], provided by Israeli aerial data-collection company Airobotics [9], to hover over the exhibition for security purposes. At the same time, the police announced their permanent collaboration with the Israeli police force to counter “crime networks” in the UAE, as reported by The Telegraph [10].

Trade in surveillance technology between the two dates back to at least 2007, when Abu Dhabi authorities sealed [11] an $816m contract with Israeli-owned AGT digital security company, to “protect all the vital facilities within the emirate of Abu Dhabi,” as reported by the Middle East Eye. AGT and its local UAE partner companies — Advanced Integrated Solutions and Advanced Technical Solutions — were contracted to develop the Emirate-wide surveillance initiative for $600m in February 2011. Known as Falcon Eye, the initiative was launched [12] in July 2016, with thousands of cameras installed on roads, facilities, buildings and the international airport.

In a more recent collaboration, the two countries have announced  [13]a joint deal to design advanced, unmanned military vessels that would be able to operate semi or fully autonomously. Considering both countries’ heavy investment in and deployment of surveillance technology [14], as well as their shared history of human rights abuses, their burgeoning military-security enmeshment seriously threatens the digital privacy and security of UAE citizens, and the Arabic-speaking region at large.

A recent study [15] by 7amleh — The Arab Center for the Advancement of Social Media — revealed that CCTV and digital surveillance have exponentially increased in East Jerusalem and the West Bank following the occupation’s violent attacks on Palestinians in April and May of 2021.

“The privatisation of the Israeli security apparatus [16], and the mushrooming of private companies founded by ex-defence and ex-Mossad agents, is a threat not only to Palestinians […] but also to all Gulf citizens, with Israeli spyware sold to dictatorships across the Arab world,” warned Madawi Al-Raheed, a Saudi-British professor whose phone was targeted [17] by Israeli spyware Pegasus in 2019.

Candiru [18] and NSO Group, both Israeli surveillance firms, have been reported to sell spyware to the UAE, Saudi Arabia, Morocco and Bahrain, making Israel's surveillance sector an insidious threat to the lives of journalists and activists working in the Arab region and beyond. Earlier last month, the US Department of Commerce blacklisted [19] NSO Group and Candiru thus “restricting the export, reexport, and in-country transfer of items” by these companies. While adding them to the US Entity List can limit their activity, it is probable that NSO and Candiru will continue to operate under different names.

In October, UAE’s ruler Sheikh Mohammed was found to be using Pegasus spyware to hack his ex-wife’s phone [20], which led to the termination of his contract with the Israeli NSO Group. The UAE had previously used the spyware to infiltrate the phones [21] of journalists, activists, lawyers and dissidents, within the Emirates and beyond. Forbidden Stories’ investigation revealed that prominent Emirati activists [22] Ahmed Mansoor and Alaa Al-Siddiq were among the successfully hacked targets.

A promotional video [23] of the Israeli Pavilion, claims that this is a golden opportunity for the two countries to strengthen ties, while finding a common ground beyond their differences. The very design of the space is intended to promote the Israeli occupation’s hypocritical ambitions towards “no walls and no boundaries.” This is in clear conflict with the 708 km impenetrable “Separation Wall” which Israel began building in 2002, which sliced through Palestinian territory. The Commissioner General of the Israel Pavilion boasts it as a “completely open [space]..through which you can see the horizon from end to end,” a claim that raises eyebrows considering the terrorization of Palestine “from its river to the sea.”

In response to Israel's participation in the event, the BDS Movement has renewed its call to boycott [24] the Israeli pavilion at the Expo. “Both the UAE and Israel are shamelessly using the World Expo in presenting a ‘prettier face’ to whitewash and distract attention from their grave human rights violations,” said the Palestinian BDS National Committee in a statement.

In Oct, the UAE regime will host the World Expo in Dubai. Both the regime and apartheid Israel will use this to whitewash and normalize their respective war crimes.

We call on governments, companies, & artists to boycott this event & #BoycottDubaiExpo [25] ➡️ https://t.co/Bmec1vlGCj [26]

SMEX urges all visitors to do the same.