Media crackdown continues ahead of coup anniversary in Myanmar

Three journalists were killed, 49 remain in detention across the country 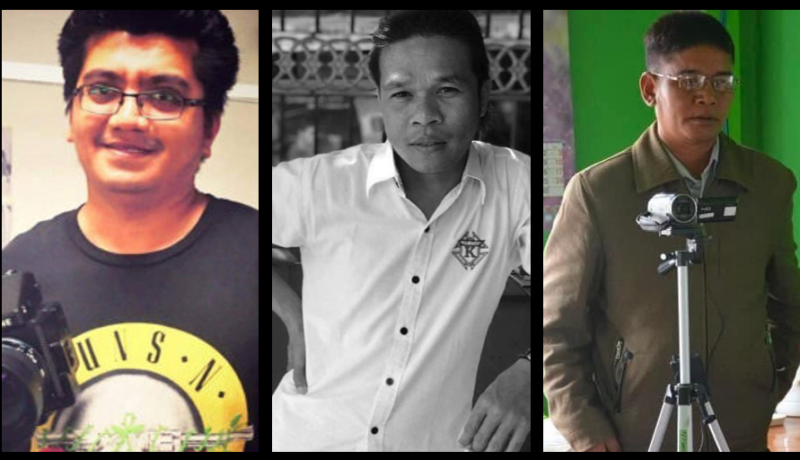 So far, three journalists have been killed this January, and three more journalists were arrested on January 20, as Myanmar’s military authorities continue to silence critical reports ahead of the one-year coup anniversary on February 1.

After grabbing power last year, the junta targeted the media by revoking the licenses of independent news outlets and arresting journalists accused of supporting opposition forces. Even foreign journalists have been detained and charged with spreading disinformation about the coup.

Freelance photographer Soe Naing was killed on December 14, 2021, while in the custody of security forces. He was arrested while documenting the December 10 “silent strike” in Yangon.

UNESCO Director-General Audrey Azoulay issued a statement condemning the killing of the journalist:

I condemn the killing of Sai Win Aung. Media workers like Sai Win Aung risk their lives to keep the public informed. Their work deserves to be recognized and their safety protected in line with international humanitarian law, which forbids attacks on civilians.

The funeral of A Kay Sai aka Sai Win Aung, aged 38, an editor at Federal journal who had died of head injury from the shell of the junta troops in the clashes with KNLA in Maekheewar Village, Karen State was held today. #Dec26Coup #WhatsHappeningInMyanmar pic.twitter.com/H446B8CpQh

Pu Tuidim, founder and editor of the Chin State-based Khonumthung Media Group, was killed by junta forces after being abducted on January 8 and reportedly used as a human shield by the military’s 140 Infantry Battalion.

CHIN —Journalist Pu Tuidim, founder of the Khonumthung Media Group, was amongst those found murdered by the military in Matupi after being kidnapped and used by troops as a human shield. pic.twitter.com/G3zFv7nVML

He is also one of the founders of Burma News International (BNI) which recognized his role in defending Myanmar’s independent media:

He was not only one of the founders of Khonumthung Media Group and former Chief Editor who performed his duties for many years but also an experienced ethnic media personnel who helped pave the way for independent news media in Chin State.

BNI recognizes his death is an enormous loss not only for ethnic media but also for the whole media community in Myanmar.

Daniel Bastard, head of Reporters Without Borders Asia-Pacific desk, deplored the killing of the three journalists.

Cruelty, cynicism, barbarity – these words seem inadequate to describe Pu Tuidim’s shocking murder. He is the third journalist to be killed in Myanmar in less than a month, in a sign of the absolutely unacceptable practices increasingly employed by the junta. We appeal to the international community to toughen the sanctions imposed on the junta’s members in order to end this headlong escalation in terror.

On January 18, Dawei Watch reporters Ko Zaw and Ma Moe Myint and web designer Ko Thar Gyi were arrested at their homes in Dawei, the capital of the southern Tanintharyi region. The editor of Dawei Watch called for the immediate release of the journalists:

We’re journalists and we’re just doing our jobs. We weren’t breaking any laws. We’re just ethically reporting the news—that is our job.

As of January 24, at least 49 journalists are currently imprisoned in various detention centers across the country.

After more arrests in January, the number of journalists/media staff arrested in #Myanmar has reached 120. Of these, 49 remain in custody, majority being male reporters & photojournalists. A Magway-based journalist was sentenced to 3 years in prison earlier this month. pic.twitter.com/X5fbpmxzgy

It is feared that more journalists will face harassment and violence as they continue to report the people’s resistance against the junta and the protests mark the first anniversary of the coup.