It's been nearly a month since Kakwenza Rukirabashaija was arrested 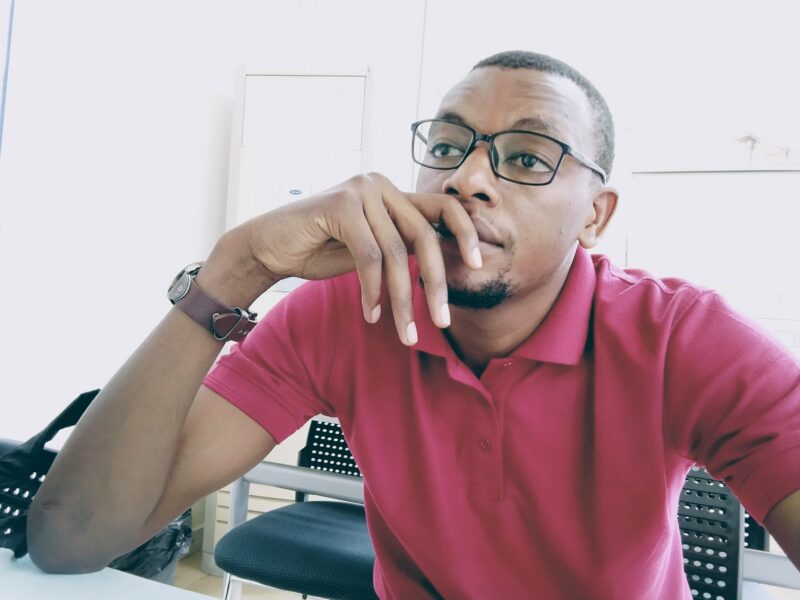 It has been close to a month now since Ugandan writer Kakwenza Rukirabashaija was arrested in his home in Kampala. His last tweet read:

Currently under house arrest. Gunmen are breaking into my house by force.

Prior to the arrest, Kakwenza had posted a series of tweets critical of President Yoweri Museveni’s son, army general Muhoozi Kainerugaba, who is the commander of the Uganda People’s Defence Force's land forces. The tweets have since been deleted.

There has been criticism in Uganda about Muhoozi’s fast rise through the army ranks and positioning in national politics, largely perceived as preparation for the presidency. Kakwenza’s tweets questioned the first son’s ability to follow his father as president.

An unapologetic critic of the Museveni government, Kakwenza rose to prominence in April 2020 when he was arrested and detained for a week by Uganda’s Chieftaincy of Military Intelligence, regarding his book “The Greedy Barbarian,” which describes high-level corruption in a fictitious country. He was arrested and detained again in September 2020. In 2021 he was awarded the PEN Pinter Prize International Writer of Courage award.

After his arrest on December 28, 2021, Kakwenza was detained beyond the constitutionally prescribed 48 hours. While police initially admitted that he was in their custody, the Uganda Human Rights Commission, the institution constitutionally mandated to investigate human rights violations tweeted that it could not locate where he was being detained.

1/2
The UHRC has over the past days visited various security & detention facilities in & around the Country to locate @KakwenzaRukira.
The Commission has equally been engaging security agencies & relevant government authorities to ensure that justice for Kakwenza prevails.

Kakwenza’s lawyer Eron Kiiza tweeted that Kakwenza was being held at a Special Forces Command detention facility outside Kampala. SFC is a unit of the Uganda People's Defence Forces that guards the president and his family.

The @UHRC_UGANDA should demand and be told where @KakwenzaRukira is by the security agencies. Why should @GovUganda, @PoliceUg & @updf_ make UHRC wonder around as though Kakwenza is abducted by a criminal gang? SFC has him in Entebbe. https://t.co/vgD3TJiIgq

The government ignored a court order calling for the writer’s release, and it took a second court order, issued by the High Court in Kampala to compel the writer’s captors to produce him and charge him in court. Interestingly, Kakwenza was charged in court in the absence of his lawyers and the press, a day after the second court order was issued. Some suggest that the hurried appearance could be because Kakwenza had been tortured, and producing him in court in that condition would have reflected poorly on the state.

Kakwenza was released on bail on January 25, 2021 and rearrested only hours later. He is prohibited from discussing his case with the media.

Eron Kiiza, the human rights lawyer defending Kakwenza argued that it is unacceptable for the military to determine what speech is offensive or not.

The Computer Misuse Act has in recent years been used to stifle dissenting voices. Academic and writer Dr. Stella Nyanzi was jailed in 2018 for offensive Facebook posts in which she called the president “a pair of buttocks.”

Other Ugandans have taken to social media to question the role of the president’s family — several of whom have held senior public and military offices. Critics have also noted the country’s deteriorating governance and human rights situation, the state's failed promises, and the taboo issue of political transition from Museveni’s rule after over three decades at the helm. There have been several high-profile cases where citizens were charged with offensive communication because of social media posts about the president and his family.

In a country where legitimate and legally protected forms of expression are increasingly closed off, citizens have fewer options. According to Dr. Nyanzi, rudeness is a form of resistance which “makes the point a polite conversation can’t.” The government’s response to online expression by activists like Dr. Nyanzi is highhanded: arrests, torture, a social media tax, and internet shutdowns. Facebook has been banned in the country since 2021.

In 2019, civil society organisations filed a  petition before the Constitutional Court in Kampala challenging the constitutionality of offensive communication charges.  A decision is yet to be delivered.

#FreeKakwenza has trended in Uganda's social media spaces since his arrest on December 28, 2021. Messages of support and calls for Kakwenza’s release have come from citizens, civil society organisations, the Law Society, and embassies in Uganda.

We are concerned that Kakwenza Rukirabashaija remains in detention, despite the court order on 4 January to release him. Upholding the rule of law is vital to all democracies.

Uganda is one of the largest recipients of US Government funding. However, in recent years there has been increased scrutiny into Uganda’s worsening governance and human rights record. Consequently, Ugandan  officials have been sanctioned by the US government for “undermining democracy.”

A case like Kakwenza’s confirms that time and again, the US will merely condemn the Ugandan government’s human rights violations while continuing its relationship with a government whose police and military perpetrate said violations. Ultimately, Kakwenza’s tweets have put to the test what freedom of speech and judicial independence mean in Uganda. 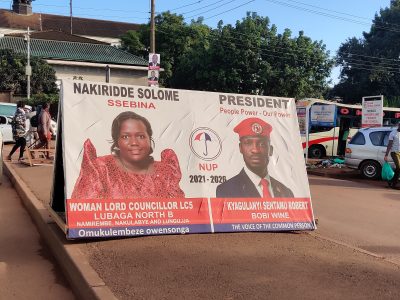 A social media blackout persists in Uganda, weeks after the election