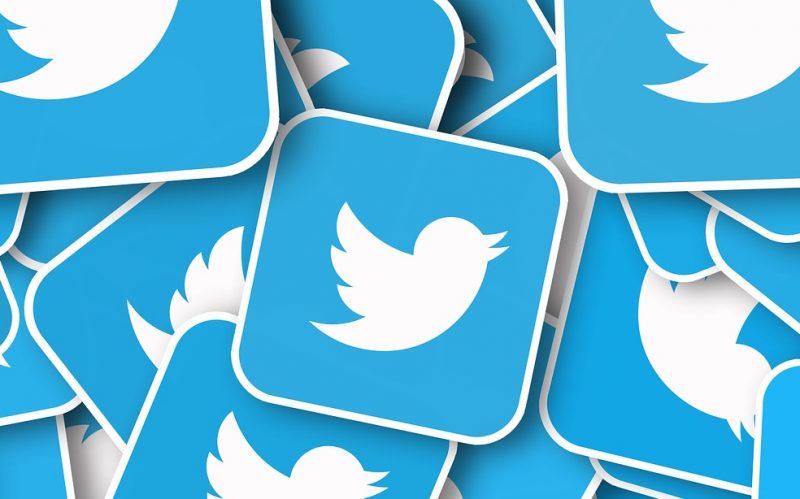 Microblogging platform Twitter saw record numbers of state requests for content removal in the second half of 2021, according to the company's latest transparency report.

During this period, governments around the world submitted 43,387 demands for content removal from 196,878 Twitter accounts – the highest number since Twitter began publishing transparency reports in 2012. These demands were in addition to 12,370 requests for user or account information made by state bodies.

Ninety five percent of the total content removal requests were made by just five countries: Japan, Russia, Turkey, India and South Korea. Twitter uses this metric to account for “legal demands,” which it defines as “a combination of court orders and other formal demands to remove content, from both governmental entities and lawyers representing individuals.” 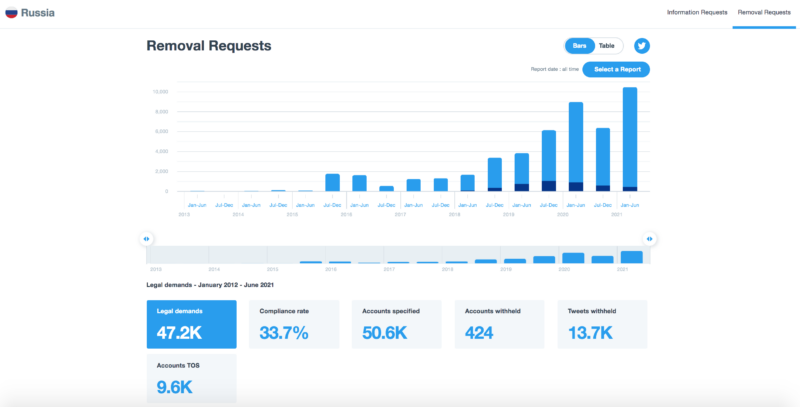 Japan remained the top requester, accounting for 43 percent of all global requests received. Russia came in second place after Japan and accounted for 25 percent of global takedown requests in January-June 2021.

Russian government entities made 10,448 content removal requests – a record for the country and a 56-percent increase compared to the previous six months (July-December 2020), when Russia submitted 6,351 removal requests. The removal requests included 438 court orders and 10,010 “other legal demands.”

Over two thirds of Russian government removal requests (71 percent) related to content reported by Russia that was alleged to violate local laws against suicide promotion. Twitter partially credits the Russian law with the overall spike in the number of tweets withheld: over 52 percent of all withheld tweets in this reporting period involved content connected to suicide promotion in Russia. 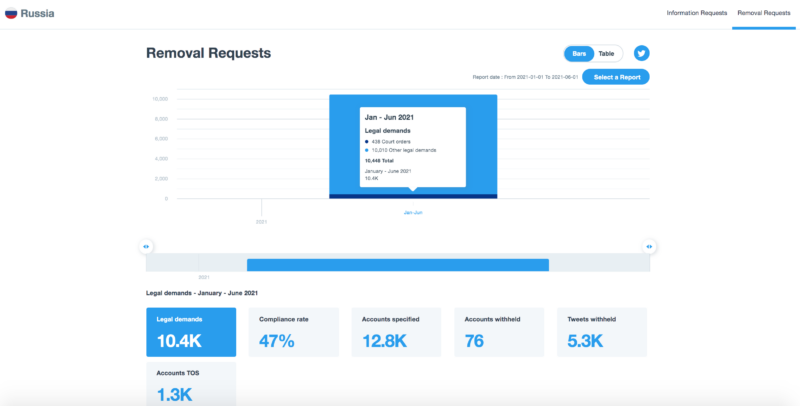 Removal requests from Russia in January-June 2021. Screenshot from Twitter.

Twitter reportedly complied with 47 percent of Russia's removal requests, withholding 76 accounts and 5,345 individual tweets (making them unavailable to users in Russia), as well as suspending 1,309 accounts (of those mentioned in the requests) for violating the platform's own terms of service.

We're facing unprecedented challenges as governments around the world increasingly attempt to intervene and remove content. This threat to privacy and freedom of expression is a deeply worrying trend that requires our full attention.

Twitter has faced government pressure, fines and censorship in Russia over accusations of failing to remove content deemed illegal, including posts relating to unsanctioned mass rallies and protests. In March 2021, Russian censors began throttling Twitter loading speeds using DPI (deep-packet inspection) equipment operating as part of Russia's new “sovereign internet” strategy. At the time, Russian state media and internet regulator Roskomnadzor said the platform could be fully blocked in the country if it did not “satisfy the demands of Roskomnadzor, and the requirements of Russian legislation.”