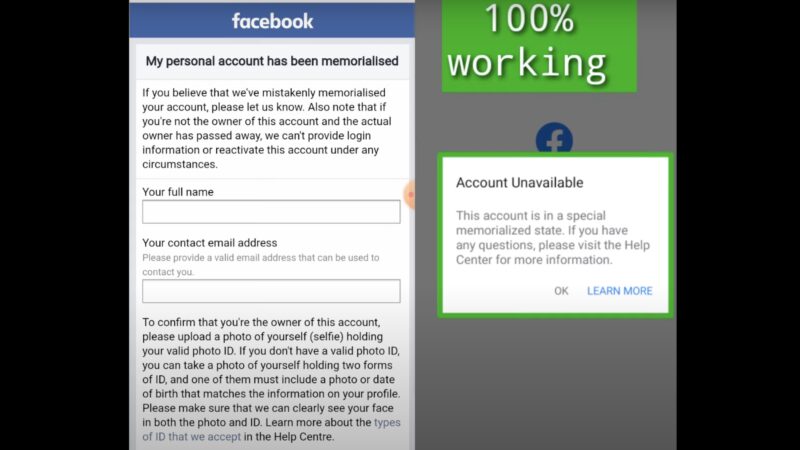 In a recent collaborative attack by unknown perpetrators, the Facebook profiles of several celebrities, journalists, media personalities and activists from Bangladesh were mysteriously turned into tribute profiles, disabling their access, with the word “Remembering” next to the victim's profile name. The perpetrators may have abused the memorializing feature of Facebook to activate this.

The news came to light after the Facebook account of Bangladeshi–Swedish writer, feminist, secular humanist, and activist Taslima Nasrin found she had been unexpectedly memorialized on January 18, 2022. Her protest on Twitter requesting Facebook authorities to give her account back confirmed that she was not dead as some of her fans believed.

Nasrin, a highly controversial figure in Bangladesh since the early 1990s as a result of her public stance on religion, lost access to her account less than 24 hours after regaining it when she remarked that the memorialization had been triggered by the “provocations [of] Jihadi elements.”

People visiting her account saw the following message: “We hope people who love Taslima will find comfort in visiting her profile to remember and celebrate her life.”

Nasrin currently lives in New Delhi after being forced to leave Bangladesh in 1995, and later West Bengal in 2007, as a result of violent threats from Islamic fundamentalists. Many demanded a death sentence, including a Council of Islamic Soldiers that declared a bounty in return for her head.

But this was not the final ordeal. Her account was memorialized three times:

!! @Meta @Facebook @facebookapp You again killed me and memorialized my facebook account!! Jihadis want to see me dead. So because of their report, you buried me alive. Not once, three times!!

In her latest interview with news magazine Outlook India, Nasrin pointed fingers towards Facebook after she was attacked the second time in two days:

Facebook authorities need to make proper enquiries and see if they’re being led by Islamic terror groups into taking these actions. They need to improve their system. How could Facebook repeat the mistake in a matter of two days even after the first incident was widely reported in the Bengali and English language media?

I have suffered repeated censorship, my books keep getting banned, my very existence comes under banning. Social media is my only way to express my opinion freely. Facebook needs to decide whether they want to be driven purely by numbers or have some ethics as well.

Facebook introduced this feature in February 2015, which turns the accounts of a deceased a place “for friends and family to gather and share memories.” The contents of the profile marked “Remembering” (eg. statuses, photos, videos) remain on Facebook and are visible to the audience according to the share settings (selected friends or public).

The contents of the memorialized accounts cannot be changed as no one can log in to those accounts. If an account had assigned a legacy contact before, only that contact can manage the memorialized profile.

More victims of this systematic trolling

The attack — which appears to have been planned from within the country — happens to be more widespread. Asaduzzaman Noor, a Bangladeshi blogger known for his critical videos of revered Islamic preachers, such as Mizanur Rahman Azhari, has been in hiding in India since 2019. Having lost access to his public page since its memorialization on January 19, Noor alleged that the cyber-attack is the work of a group of hackers collectively known as the Bangladesh Civilian Force. He told the media about receiving an email from an address entitled “Team Khan” notifying the user that his account had been reported as a result of his expression of concern for Nasrin. “They also sent me proof showing it was them who reported my Twitter handle. They asked me to refrain from making comments against Islam,” he said.

On January 28, in a live video, I debunked Bangladeshi controversial Islamist preacher Mizanur Rahman Azhari's falsehood and misleading information with evidence through this page. In response, Azhari's followers and Islamist spammers submitted fake reports against my page. Unfortunately, Facebook authority, without fact-checking, declared me ‘Dead’ and memorized my page. But I am alive.

This can be confirmed from the official Facebook page of the Bangladesh Civilian Force (BCF) which has taken responsibility for launching a concerted attack against activists and public figures who critique religion or religious figures.

Meanwhile, in January 2022, the accounts of Sweden-based journalist Tasneem Khalil, Dhaka-based actor Mehran Sanjana, London-based activist Lopa Rahman and activist Kaniz Fatema, the spouse of exiled religious critic Asif Mohiuddin, have faced the same fate as Nasrin. Sanjana and Noor are closely associated with the Bengali rationalist websites Muktomona and shongshoy.com, respectively. The selected group of people have been labeled as “haters of religion” by BCF.

This post on the Facebook page of the Bangladesh Civilian Force (BCF) on January 18, 2022 shows the memorialized profiles of Taslima Nasreen, Mehran Sanjana and Kaniz Fatema with only the number “1+1+1=3″.

On the same day, another post on the same page claimed:

There has been no formal acknowledgement of the matter or steps taken by Facebook.

It's been almost a week now since my death. Facebook killed me prior to my physical death. They say @Meta Universe is ‘the’ future, it seems they'll be able to kill you too in their metaverse. @AtheistRepublic @TheCEMB @AmericanAtheist @Humanists_UK @HumanistsInt @taslimanasreen pic.twitter.com/ccNqOkdD0E

The Facebook accounts of Bangladeshi bloggers, activists and journalists have been targeted before in a bid to silence them. As of February 2022, Facebook has a market share of over 93 percent among all the social media platforms in Bangladesh and is used by activists widely. Under a GNI-Internews fellowship, journalist Miraj Ahmed Chowdhury conducted research in December 2020 on 40 Bangladeshi journalists, bloggers, and activists who had their Facebook accounts disabled in the past few years. In most of the cases, trolls reported the profiles as fake which resulted in the suspension of the accounts. Some users were reported dead and the accounts were memorialized. Chowdhury interviewed 17 of them for a survey, and 56 percent said the attacks happened more than once, and, for some, their accounts were suspended even five or six times. These interviewees found fault in Facebook as they alleged that the social media giant did not do enough to “protect the sensitive speech on their platform.”