While the site is blocked, a doxxing site remains active 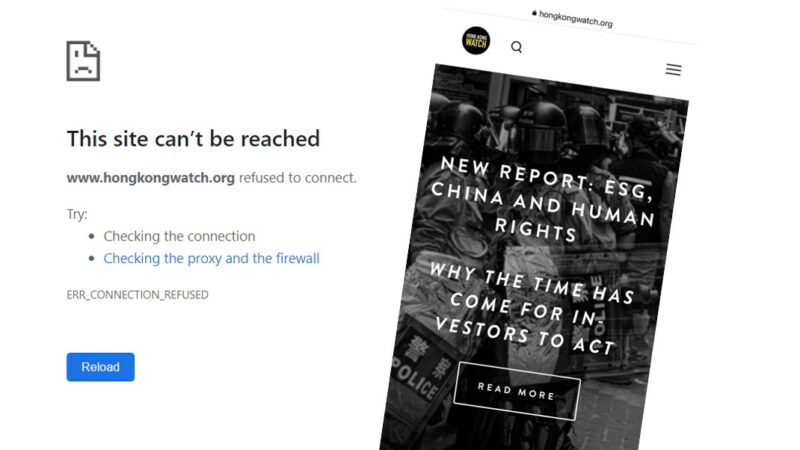 The following report was published by Hong Kong Free Press on February 15, 2022. It is republished on Global Voices via a content partnership agreement.

The website of NGO Hong Kong Watch appears to have been partially blocked in Hong Kong amid fears of rising internet censorship in the city.

The apparent blocking of the UK-based NGO’s website comes after a handful of pro-democracy and Taiwan-linked websites have become inaccessible. However, the Hong Kong Watch site was still accessible via VPN (Virtual Private Network) circumnavigation tools when tested by HKFP on Tuesday, and it remains available to some internet service providers.

The CEO of Hong Kong Watch, Benedict Rogers, said in a statement that the city’s future as a financial hub depends on access to information. “If this is not just a technical malfunction, and Hongkongers will no longer be able to access our website because of the National Security Law, then this is a serious blow to internet freedom,” he said.

“With the steady drip of website removals, there are fears that China could begin introducing its Great Internet Firewall into the city. With time this could have serious ramifications for the continued presence of western technology companies in the city.”