Wang Jixian is challenging Beijing and Moscow propaganda on Ukraine 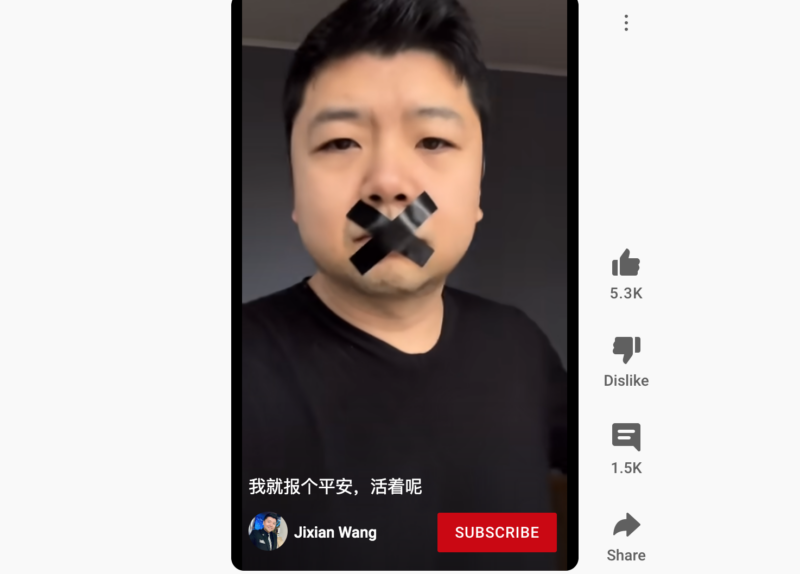 As Russia's invasion of Ukraine is entering its third week, world attention has turned to China to assess what position it will take and whether it will support Russia in its continued attack. Beijing has so far remained extremely diplomatic, wishing to appear neutral. Yet within its heavily censored domestic media landscape, it has clearly sided with Moscow, praising Russia and not allowing any alternative views to surface. But despite a ban on pro-Ukrainian perspectives, one Chinese blogger living in Odessa has decided to share his experiences with Chinese audiences.

Wang Jixian is a businessman from Beijing who opened an IT company in North Macedonia and eventually moved to Odessa, Ukraine. On March 1, 2022, he reactivated his YouTube channel and started posting videos where he shows street scenes from Odessa, including demonstrations, and shops. But mostly he shares his views on the war in Ukraine, mixing his typical Beijing humor with emotional discussions about the war.

Deviating from the official narrative

From his first videos, Wang openly challenges Moscow and Beijing's narrative that Ukraine was the aggressor in the conflict. He calls the war a war, or an invasion, while Russian and Chinese media continue to describe it as a “special military operation,” or 特色军事行动 in Chinese.

He argues that “Putin does not represent Russians” as he can judge from his own Russian colleagues. He also laughs at the accusations that he is being paid by the US government to do share this information, which he was accused of on Chinese social media. As he explains, all he cares for is the protection of human life. 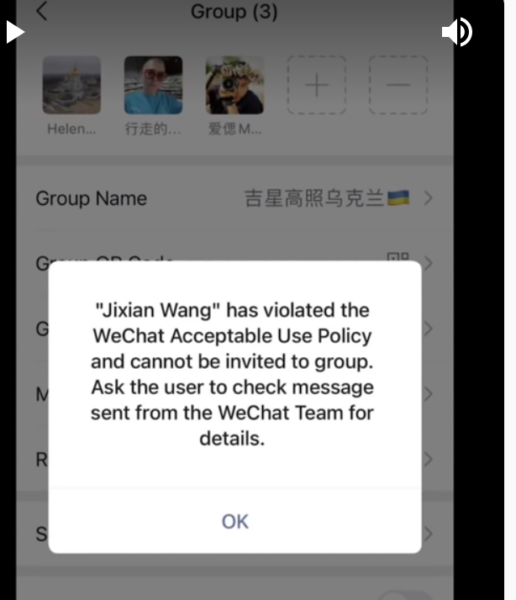 Yet in a March 7 video, he shared how his WeChat account, essential for him to stay in touch with his immediate family, has been blocked for violating the “Acceptable Use Policy,” which, effectively cut him off from any communication in China, either through public or private channels.

On March 14, he also shared a video in which he demonstrates how after his ban was lifted, he faced harassment on WeChat by a Chinese user who accused him of being a traitor (汉奸, in Chinese), cursed at him, and claimed, “Ukrainians are all Nazis.”

On March 15, he posts a video entitled “敖德萨，统一回复：我还想不想回国了？” (Odessa, an answer for all who asked: Do I want to return to China?) in which he argues for Ukranians’ right to defend themselves against the Russian invasion, and explains why he has decided to stay in Odessa. He concludes by saying that what he can state on YouTube is of course blocked in China.

His videos typically last between 1–11 minutes, have up to 130,000 views and thousands of comments, some praising him or thanking him for sharing his testimony and bringing alternative Sinophone voices to the debate on Russia's war, while others accuse him of being a traitor.

Wang has now become a mini-celebrity: He has been recognized and amplified by Xu Xiaodong (徐晓东), a martial art fighter turned social media celebrity, with over 76 million views on YouTube, who now quotes him regularly in his own videos, praising him and denouncing his Chinese attackers as terrorists.

Beijing routinely crushes dissenting voices. Yet Ukraine represents an important asset for China, given its location on the Belt and Road Initiative map, its large food export capacity, and its military industry. After all, China bought its first aircraft carrier from Ukraine in 1998.

As the war carries on, destroying Ukraine, but also crushing the Russian economy, Beijing might have to balance its discourse a bit more if it wants to prepare its public opinion for a less black-and-white narrative. But so far, as with the botched evacuation of 6,000 Chinese citizens from Ukraine, Beijing refuses to allow alternative opinions to circulate on its social media.