Keeping fakes under control: how legislation on disinformation turns into a censorship tool

Many governments use laws against disinformation to silence dissent 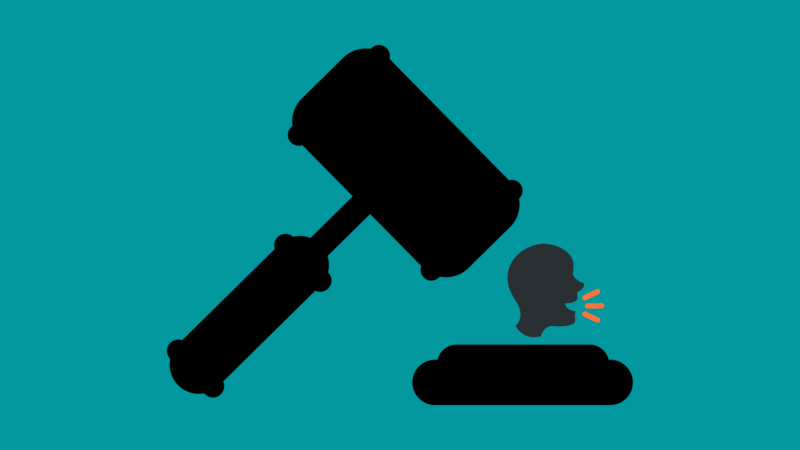 A week after the Russian invasion of Ukraine that started on February 24, 2022, the Russian Duma (parliament) passed a law punishing with up to 15 years in prison the spread of the “fake news” about the military operation, statements discrediting Russian armed forces, and calls for sanctions on Russia. In this case, the term “fake news” can refer to any view on the state's actions that contradicts the official stance. This law extends to organisations, professional journalists, and civilians who publish anything from authored articles to social media posts or even likes these posts. The Duma took just one day to consider the law, and the next day it was signed by President Vladimir Putin.

Such an unprecedented act of censorship was justified as regulating misinformation, the debate that remains the defining sign of the informational era. There are both supporters and opponents of imposing regulations on misinformation. Both sides have a set of arguments: alarmists advocate for liability as the only tool to stop the spread of misinformation, and their opponents claim it will infringe on freedom of expression.

In 2017, the Joint Declaration on Freedom of Expression and “Fake News”, Disinformation and Propaganda produced by the UN and regional organisations suggested abolishing general prohibitions and criminalising the spread of information based on “vague and ambiguous ideas including false news.” According to the declaration, such laws would be incompatible with international standards for freedom of expression. Still, the problem of information disorder is often framed as critical to the issues of both democracy and state security. States face many challenges fuelled by the spread of disinformation. This included a whole range of problems, from combating defamatory statements and hate speech to electoral disinformation and, most recently, false information spread about the COVID-19 outbreak.

Most countries take measures to regulate against disinformation despite the warning from the UN. It usually comes as a response from civil society, legislators and tech business. For instance, the Netherlands and Nigeria responded by launching media literacy campaigns. In Germany, online service providers, such as social media platforms, have been legally obliged to combat misinformation by removing within 24 hours harmful content that was “obviously illegal.” The French National Assembly has passed two bills to limit election disinformation by providing parties and candidates access to a fast-track legal process against publicly circulated false information. The UK government first rejected the term “fake news” and took necessary action to nudge social media companies to engage with fact-checking. However, as an attempt to combat misinformation spread throughout the COVID-19 pandemic, a Draft Online Safety Bill was produced, which imposed on online platforms a “Duty of Care” — a responsibility to take down online content before it inflicts harm on users.

These cases mainly focus on regulating the procedures of operating content curation, empowering institutions to take action in specific cases. Yet, they have been criticised for possibly enabling censorship. There is still no established public consensus on regulating disinformation, and the definitions of harmful or illegal content are still debated. Moreover, in some countries, the legislative initiatives that operate with the terms fake news and disinformation become the instruments of surveillance, the silencing of voices, and the fight against dissent.

When legislation contains the chance of criminal prosecution, the clear definition of true and false information is important. This is the case in many political regimes which issue a legal responsibility for disinformation. In Myanmar, the spread of “fake news or disinformation” online with the intent to “defame, divide an association, alarm the public, or destroy public trust” is punishable by a term of up to 3 years in prison. This law targets journalists and media outlets. Egypt has imposed tight restrictions on traditional and social media since 2016. The law targets media, popular social media accounts for “publishing false news” and “misuse of social media.” Those who publish material defined as “offensive” by the vague legal interpretation will receive a significant fine or even a prison sentence.

In Russia, the fake news law finished cleaning the Russian media field of free reporting and alternative interpretations of the events in Ukraine. It became a clear act of silencing the media and the public. The regulator’s other actions earlier that week included ordering all registered media to take down all the materials where the military aggression in Ukraine was called a “war” and blocking access to the few remaining independent media in Russia. The consequences of swiftly passed legislation and the regulator’s actions are similar to those in cases where war censorship has been imposed in the country. In less than a week, Russians lost legal access to independent journalism and the right to discuss and interpret events publicly.

Further, the Duma has another bill under consideration that will allow the prosecutor's office expanded access to the personal data of Russians. The department will have the right to process personal data “obtained not only in connection with prosecutorial supervision but also in the exercise of other powers.” In other words, it broadens the grounds for requesting personal data, which may include the political views of individuals.

Towards the end of March, the Duma extended the Law on Fakes to impose administrative and legal liability for spreading false information not just about the armed forces, but all government agencies working abroad. This covers the work of embassies, prosecutors, investigative committees and other public bodies. While the legislator argues that such measures are necessary to protect the public image of the “defenders of the country,” such legislation inevitably tightens the pressure of censorship. Since the law has been in force, at least seven criminal cases were opened about fakes and many administrative fines imposed for anti-war protests on the streets and in social media posts.

In all three cases, the governments legitimise the legislation as a means of protecting their citizens. Moreover, such laws usually fall under the characteristic of declarative legislation and carry broad interpretations of the terms used. As in other countries, disinformation laws go hand in hand with state capacities for swift online traffic filtering and rerouting. Altogether, it creates an informational vacuum for citizens, gives rise to fear and mistrust, and has all the potential to shut down any dissent.

The case of Russia  demonstrates how the political regime can weaponise fake news to punish anyone who challenges the government’s actions. This again demonstrates the need for accountability in setting the boundaries between true and false information.