"This is a software. It does not see faith" — Home Minster 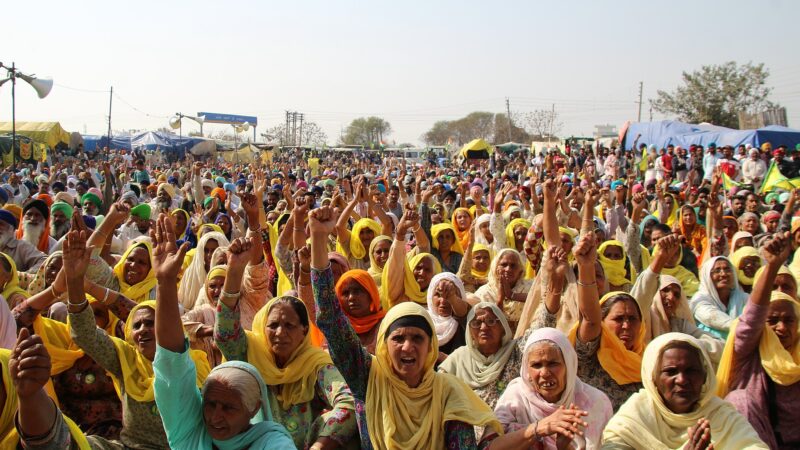 Technology is increasingly used in India to monitor dissent, and particularly protestors, creating a chilling effect on the freedom of expression. Since 2018, there have been at least three notable protests of varying size that have all led to the same outcome: indiscriminate use of technological tools to surveil and restrict protestors.

Placing the technology in the political

On August 5, 2019, the Government of India revoked Article 370 that gave special status to the erstwhile state of Jammu and Kashmir, making it a centrally-administered union territory. Article 370 allowed the residents of the region to enjoy a certain degree of autonomy in political affairs compared to the rest of the country. Explaining the move to restrict the law in parliament, the government argued that the move would help overcome the corruption, terrorism and underdevelopment that had flourished there. Following this decision, the government imposed a complete communication blackout in Jammu and Kashmir. Reports suggest that local political leaders were detained, regional media curtailed, and public gatherings disallowed. Based on the limited information available, it appears that a few protests took place as restrictions were gradually lifted, though the ruling establishment disputes this.

A few months later on December 11, 2019, the Citizenship Amendment Act (CAA) was passed in parliament triggering a series of protests across various states in the country. Protestors argued that the Act is discriminatory against Muslims, which the government denies. While most of these protests were peaceful, violence erupted at the protest sites in the capital city, New Delhi, on February 23, leading to communal riots. At least 53 people lost their lives and 200 were injured in this violence, while many houses and shops were vandalised.

On June 5, 2020, the government started to pass three farm laws that they argued would stimulate farm growth by increasing privatisation and reducing governmental intervention. However, farmers feared that this would leave them in a vulnerable position. The disagreement led to a year-long tussle between farmers and the government. While the government has said that it has no data on the number of farmers who died during the protests, farmer unions maintain that at least 537 farmers have lost their lives. In November 2021, Prime Minister Modi announced that the government would repeal the three laws.

A trend of tech-based surveillance

Across all three cases, law enforcement used drones to surveil protestors. One news article from Kashmir documented a protester talking about how initially, people would “cover their faces” at the sight of the drones. However, he explains that the practice stopped as protestors got very used to drones hovering over them. Police officers affirmed that the drones help law enforcement track the protestors’ movements and take preventive measures.

During the Anti-CAA protests and farmer’s protests, law enforcement used drones to capture images of protestors. Moreover, officials used facial recognition technology in both cases. Indian Express, a national daily, reported that Delhi police used automated facial recognition to screen crowds at a political rally in December 2019. Concerningly, the system used footage that had been filmed by officials at “major protests sites across the city.” In the absence of publicly available information about the system, whether this included data from CAA protests is left to the imagination.

While those present at these protest sites worry about data misuse by the state, officials claim that they do not plan to store data. In a media report, a senior police officer clarified that “I’m only catching targeted people.” He added that “We don’t have any protesters’ data, nor do we plan to store it.”

Additionally, authorities claim that facial recognition technology helped identify those who broke the law and make arrests. In parliament, responding to the discussion on the Delhi riots, Home Minister Amit Shah stated that facial recognition technology helped identify 1,900 people who had incited violence. Defending the move, he says, “This is a software. It does not see faith. It does not see clothes. It only sees the face and through the face, the person is caught.” While there is opacity around the process, news reports suggest that images captured through CCTV and “open-source videos” were matched against databases of voter IDs and driver’s licences. In addition to facial recognition, officials used “retrieved deleted data from electronic devices of people present in the riots,” geo-location, drone mapping, AI tools, and DNA fingerprinting. They argue that these tools helped to conduct a “free and fair investigation.”

Besides surveillance of protestors on the ground, the government attempted to clamp down on speech by disrupting communication services and through social media monitoring, in all three cases. The union territory of Jammu and Kashmir has undergone varying degrees of communication blockage since August 4, 2019. This included a social media ban preventing those present in Kashmir from voicing their concerns. High-speed internet services were restored only in February 2021, but this means that the union territory without access to the internet through COVID-19. In the case of the anti-CAA protests, at least seven states across the country faced an internet shutdown at some point. In addition, during the farmer’s agitation, a variety of communication blockages were imposed as a preventive measure in Delhi and Haryana after one rally turned violent.

Acts of resistance: placing the political in tech

These acts of repression have been met with acts of resistance. In response to the use of facial recognition in the capital city during the anti-CAA protests, protestors shared tips on social media on staying safe by covering up their faces. In another case, an independent researcher on data governance published an article outlining the harm of facial recognition and suggesting how to mitigate them. In a one-of-a-kind move, farmer’s unions condemned the internet and communication restrictions. They demanded that the services be restored, or else more protests would be carried out.

Civil society organisations in the country use differing ways to challenge the indiscriminate use of technology. Some of these include raising public awareness, seeking transparency by filing right to information requests, and holding officials accountable. For instance, the Internet Freedom Foundation, a digital rights organisation, sent legal notices to the Delhi police for using automated facial recognition technology illegally. In another case, the Software Freedom Law Centre, another civil society organisation working on digital and civil liberties, has moved the courts on several occasions challenging the internet shutdowns orders.

While such acts of resistance at an individual and organisational level are a ray of hope, India continues to struggle with protecting privacy and the digital rights of protesters.