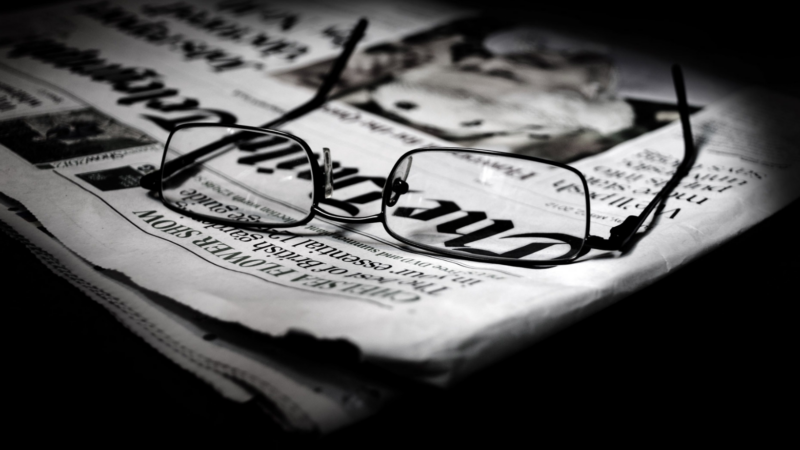 On the last day of his 10-year government, in 2017, Ecuador's president Rafael Correa tabled a bill in the National Assembly to regulate acts of hate and discrimination on social media and the internet. Perhaps it was a signal to make it clear that, once his vice-president Lenin Moreno was elected, the fight against “the corrupt press” would continue. However, Correa did not expect that Moreno would eventually decide to make a 180-degree turn and distance himself from Correísmo — Correa's political movement — and his predecessor's belligerent rhetoric with the press.

What's more, Moreno did something that would have been unimaginable in the decade of Correa's rule: he met with a group of owners and managers of private media. One segment of public opinion understood this as a sign that the relationship with the press would be different. For others — especially Correa's followers — it reaffirmed the idea that the press must approve of the government, an inexcusable political arrangement.

With Moreno, the collective notion of a “before and after” Correa emerged, especially regarding the government's communication: from dictatorship, we went to democracy and freedom. This reductionist binary brought with it the idea that the debates on freedom of the press and expression in the country, even under the current government of Guillermo Lasso, who became president in May 2021, have been dying out.

Certainly, what we experience now is a far cry from what we had under Correa. But it is deluded to assume that the press is in a paradise of freedom. Let's see.

The latest report from the Ecuadorian organization Fundamedios identified that, between January and December 2021, there were 289 attacks against journalists, citizens, and the media, a situation that violates the rights to free expression, free press, and free access to information. When compared to 2020, Fundamedios affirms that there was a 35 percent growth in aggressions. Faced with this reality, Fundamedios wonders: is it possible to reverse this negative context for the press, or are we facing a structural situation that will only worsen over time? Of course, there are possibly elements that indicate it is a structural issue. Fundamedios, when evaluating the four years of Moreno's government, that is, the first four years after Correa, was able to notice that there was a noticeable decrease in attacks on the press in 2016 (with Correa still in government) in relation to the 2017 (change of command, with Moreno as president). Nevertheless, the main aggressor, including Correa and those who came after him, was still the same: the State.

It is the same state that does not assume its role when trying to guarantee press work in the country. In April 2019, the Moreno government created the Inter-institutional Committee for the Protection of Journalists and Communication Workers, which was made up of delegates from the Foreign Ministry, the Ministry of the Interior, the Council for the Regulation, Development and Promotion of Information, and the General Secretariat of Communication.  In said act, the then Foreign Minister José Valencia recalled at least three moments that, in his opinion, led to this committee: one, the tense relationship between Rafael Correa and the press; two, the Communication Law, approved in 2013, and which severely punished the private media, especially, and, three, the kidnapping and murder of the El Comercio press team in 2018, a crime that was attributed to a FARC dissident group, the Oliver Sinisterra Front, led by Walter Arízala alias “Guacho.” This last fact, specifically, gave life to this Committee since it was a recommendation of the Final Report of the Special Monitoring Team of the Inter-American Commission on Human Rights.

But the committee, which presented itself in style, has made no progress. The current government even offered, at the end of 2021, to promote this space again and install a more efficient structure for its operation. Doubts remain. The Fundación Periodistas sin Cadenas (Journalists Without Chains Foundation) showed that, at least in the first hundred days of the Lasso government, news blackouts still remain a practice that impedes journalistic work. In other words, public institutions half comply with the Organic Law on Transparency and Access to Information, an “official lock that remains the same as it was with Lenin Moreno,” says the Foundation.

Another aspect has to do with the surveillance of political opponents and journalists, especially when, in Ecuador, some of this came from the offices of the National Intelligence Secretariat, Senain — today called the Center for Strategic Intelligence. In mid-2015, during the Correa government, 400 GB of information from the Italian company Hacking Team was leaked and made public through WikiLeaks. Thus, it was revealed that Ecuador, among other Latin American countries, contracted the services of this company. Hacking Team was dedicated to the sale of a computer program that was housed in devices — telephones, cell phones, tablets — in order to spy on the user's activity through malware. In this way, for example, complete information about the user's online and sometimes offline activity — calendar, calls, emails, web pages visited, among others — reached the person or entity that used the services of the Italian company. This espionage set was called the Galileo Program or Da Vinci, the commercial names of RCS (Remote Control System).

But, Senain and high-ranking public officials of the time came out to deny these revelations in different ways. Former President Rafael Correa himself described everything as a “political show.” Hacking Team was never treated as a public investigation, neither with Correa nor with subsequent presidents. There were only closed-door sessions, as part of Senain's accountability to the Sovereignty Commission of the National Assembly (legislative power). Nor did the attorney general open an ex-officio investigation.

On the other hand, in 2019, former President Lenin Moreno said that the ECU 911 Security System was used in a “perverse way for espionage on political opponents and citizens who wanted to be pressured.” This was a direct reference to the Correa regime, which installed this national video surveillance system to combat delinquency and crime related to drug trafficking but also used it to spy on opponents. However, the former president's statement was not gratuitous. Days earlier, The New York Times revealed that there was a “mirror system” between the ECU 911 and the then Senain, that is, the records of the security system cameras were also reflected in the intelligence offices. The US media also stated that, despite the fact that the Moreno government was investigating the abuses that the intelligence agency would have committed, said agency was still receiving the videos from the surveillance cameras.

That is why Moreno not only denounced the “perverse use” of surveillance equipment for citizen security, he also stressed that these practices were banished during his administration. His former government minister, María Paula Romo, followed the same script. The truth is that in Ecuador, according to a recent regional study by Access Now, there is opacity about the use and purchase of this type of massive video surveillance technology. It is not surprising, for example, that the authorities deny the use of facial recognition when requests for information are made, although they say at their public events that it is.

So, what evidence is there that political espionage practices, which severely affect the civil and political liberties of citizens and journalists, are no longer carried out in the country? Is the declaration of a president enough, that such practices have been banished, to sleep peacefully?