Ressa and Muratov have become the target of increased state violence 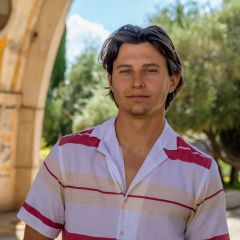 Screenshot from the Nobel Prize YouTube channel featuring Ressa on the left and Murotov on the right as they are about to be awarded the 2021 Nobel Peace Prize.

In 2021, two journalists co-won the Nobel Peace prize, a rare occurrence in the history of the prestigious award. The two winners, Filipino-American journalist Maria Ressa, and Russian journalist Dmitry Muratov, were in the spotlight and celebrated across the globe, but a few months after the ceremony, it seems world celebrity is not enough to protect them in their daily work.

Maria Ressa is determined to continue to ‘hold the line’

New libel and cyber libel cases were filed against Maria Ressa and Rappler, the news company she founded, the same month she was awarded the Nobel Peace Prize. But, instead of being intimidated, Ressa and other critical journalists have challenged these harassment cases in the courts.

In December 2021, the Philippine government’s Energy Secretary filed libel cases against editors and news outlets that reported about a graft case linked to a controversial gas project. Ressa was among those who were included in the complaint. After this was reported, the global Hold the Line Coalition Steering Committee, which campaigns for the dropping of criminal cases filed by Philippine authorities against Ressa, issued a statement condemning the new charge.

We condemn, in the strongest terms, this latest act of lawfare against Maria Ressa and Rappler. The complaint is clearly State-linked and politically motivated, and we hope the prosecutor chooses not to escalate this complaint to yet another criminal libel charge against Ressa and her colleagues.

In March, members of a church group filed 14 cyber libel complaints against Ressa and Rappler for reporting about the sex trafficking charges and other controversies involving their leader. The church leader has close ties with Philippine President Rodrigo Duterte. Some of the complaints have been dismissed already. Here’s Ressa’s reaction:

When Rappler partnered with the Commission on Elections (Comelec) in conducting election-related information activities to counter disinformation, the government’s Solicitor General vehemently opposed this and initiated a petition against this collaboration. Due to political pressure, the deal was revoked even though Rappler has been a Comelec partner since 2013. Ressa urged Comelec to remain independent:

(2/2) I wish @Comelec courage to stand independent against political pressure. This doesn't augur well for PH elections: to fold on baseless charges calling fact-checking “prior restraint.” Laughable. Made serious by taking it seriously. #CourageON https://t.co/lZdD6SPiQx

In April, Ressa joined other concerned citizens in filing an administrative complaint against the spokesperson of the government’s anti-communist task force for repeatedly red-tagging journalists, opposition leaders, and activists. In Ressa's case, she was consistently tagged as an “enemy of the state” while Rappler was branded as “ally and mouthpiece” of armed communist rebels (CPP-NPA). Red-tagging is denounced by human rights groups because it is used by officials to arbitrarily accuse their critics of supporting the work of communists and terrorists.

Rappler CEO and Nobel laureate @mariaressa files before the Ombudsman an admin complaint vs Usec Lorraine Badoy over red-tagging posts calling her “enemy of state” and Rappler “ally and mouthpiece” of CPP-NPA. It adds to mounting calls for Ombudsman to sanction Badoy. | @lianbuan pic.twitter.com/7qv8WimYtj

Muratov has his newspaper shut and gets attacked with red paint

Muratov, just like Ressa, has been painted — quite literally — as an enemy of the Russian nation in the past few months. Novaya Gazeta, the newspaper where he works as an editor, was one of the few remaining independent outlets in the country, along with internet TV Dozhd and radio station Ekho Moskvy. As Russia launched its invasion of Ukraine on February 24, 2022, most critical media took the decision to shut down and evacuate their staff as they did not want to operate under even stricter censorship laws. Meanwhile, Novaya Gazeta maintained that it would adapt and continue to cover the war to provide a different angle to domestic audiences.

Indeed on March 4, the Russian parliament passed a media law on “false information” and used it to block the websites of the BBC, Voice of America, and Radio Free Europe, outlining what defines appropriate coverage of the war, which it insists on labeling as a “special military operation” and introducing a potential sentence of 15 years for “inappropriate coverage.”

Novaya Gazeta continued to report on the war for more than a month after the invasion by avoiding certain language and making creative use of images, humor, and allusions clear to most Russian readers. Yet, after the newspaper’s journalists published an interview with Ukraine’s president Volodymyr Zelenskyy, the publication received a threatening warning from Roskomnadzor (Russia's federal media regulator) on March 28. In anticipation of fines and prison sentences, Novaya Gazeta eventually  suspended all coverage and deleted all content on the conflict.

But the attacks on Muratov did not stop there. He became more of a target after he dedicated the Nobel Prize to the paper’s journalists who were murdered for their coverage: Yury Shchekochikhin, Igor Domnikov, Anna Politkovskaya, Anastasia Baburova, Stanislav Markelov, and Natalya Estemirova. Besides, the USD 1 million award that comes with the Nobel Prize was distributed by the Novaya Gazeta editorial board to the Circle of Kindness Foundation, a group helping children with rare illnesses, and other philanthropic and journalistic causes. Muratov even auctioned off his Nobel Prize medal to support Ukrainians who have been displaced by Russia’s invasion.

Things escalated on April 7, when Muratov was attacked on a train with red paint laced with acetone, as can be seen in this report.

Hours after the incident, footage of the chemical attack was posted on a paratrooper Telegram channel Soyuz Z, stating the following:

As we promised, in the near future our veterans will remind our “great patriots” that the blood of our Glorious Sons will not go unanswered. You bastards see how the Ukrainians [here a derogatory term is used] came up with the “Bucha tragedy” and at the same time support this lie, but you don’t notice how our guys’ throats are being cut [in the ‘special operation in Ukraine]! We will come to each of you, just wait!!!”

While the founders of the group have denied being behind the assault, Novaya Gazeta's investigation tied the attack to two people, Ilya Markovets and Nikolay Trifonov, and pointed out that there are major issues of concern with the way the Russian state is considering the case:

In violation of the order of the Ministry of Internal Affairs, which regulates the actions of the police at the scene of the unlawful act, no inspection of the scene was made, paint washes were not taken, samples of clothing were not seized – in other words, no actions were taken to immediately establish all the circumstances of the crime.”

As the world is celebrating and commemorating World Press Freedom Day this week, the work of journalists who dare to challenge official narratives, investigate corruption and state crimes remains a dangerous mission. Even Nobel Prize winners remain at personal risk, while those less known but conducting similar work are even more likely to be targeted and threatened.