The struggle for internet freedom continues 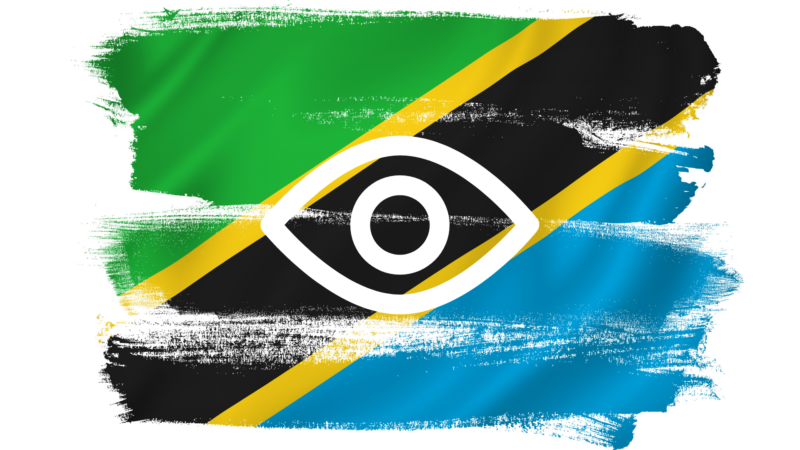 Jaramogi Oginga, a Luo chieftain who became a prominent figure in Kenya's struggle for independence wrote a memoir “Not Yet Uhuru” (Swahili for “Not Yet Free”), which is an apt framing device for the state of Tanzania's digital space. The new Samia Suluhu regime has been in power for nearly a year since the sudden death of former president, John Pombe Magufuli. Under Magufuli, Tanzania witnessed oppression of the media, human rights defenders, and constriction of civil society after new laws and strategies closed the civic state. In five to six years, Tanzania went from a known democracy to an authoritarian nation using the law and practice to control and regulate speech, expression, and rights. Despite changes designed to revive Tanzania's diplomatic relations and foster a friendlier environment, Suluhu has been slow to amend the major oppressive laws that Magufuli left behind. Significantly, the struggle for internet freedom continues, and there's plenty that is yet to be revisited and realigned.

Tanzania lags behind its peers in legislating its data protection and privacy act unlike Kenya,Rwanda and Uganda who already have, though there has been conversation around it off and on since 2013. As a result, citizens still lack the right to navigate the online space with their privacy respected, and they are denied anonymity. The lack of a data protection and privacy act has enabled acts of surveillance in the country, further bolstered by laws enacted to allow for the interception of communication. The Cybercrimes Act enacted in  2015 allowed the government to intercept data and ask for specific personal information from providers.

This same law was later used in 2016 when Maxence Melo, the founder of Jamii forums, dubbed Tanzania's WikiLeaks, was arrested for refusal to disclose the identity of users of his platform who had revealed a scandal involving government corruption. Maxence refused to share the details of the identities of the whistleblowers because he believed that by giving away such information, he would deny their right to privacy. However, the law charged him with “obstruction of a police investigation” (under Section 22(1) of the CyberCrimes Act, 2015) in case No. 456 of 2016 and sentenced to one year in prison or a fine of TZS 3,000,000 (about USD 1290). Fast forward to the years leading up to Tanzania's 2020 election, and several public figures’ phone conversations leaked providing evidence that surveillance is happening in the country.

The link with telecom companies

Telecom companies are charged to uphold transparency, part of which involves publishing their policies and practices to ensure their customers are aware of how their data is handled. However, in a country that has no legislation, there are plenty of loopholes that allow companies and governments to surveil and access information as they please. An exploration of some of the key telecom service providers in Tanzania finds that:

“Law enforcement agencies, government bodies, regulatory organisations, courts or other public authorities if we have to, or are authorised to by law.”

This kind of open ended policy from a telecom company, coupled with laws such as the Cybercrime Act, makes it easier for people's phones to be targeted and recorded.

In November 2021, the court questioned whether TIGO's compliance with the government is more important than users’ privacy. The legal counsellor for TIGO Tanzania said that

“compliance with authorities is a higher priority to them than customers privacy.”

He said this in court as a witness in the case against opposition leader Mbowe. This statement brought out much information around TIGO and its privacy policy, which states that “MIC [Millicom, an international provider of telecommunication services] does not distribute any customers information to 3rd parties unless the customer requests it or it's legally required….MIC may be obliged to disclose personal information to meet any legal or regulatory requirements of applicable laws.”

Internet censorship in Tanzania has taken on a rather oppressive turn in the last five years, with media suppression taking the lead. This suppression increased at the beginning of the COVID-19 pandemic, where the law charged several media outlets with sharing inaccurate information, misinformation, and more. The government has used laws such as the Media Services Act and the Newspaper Act to suppress the freedom of the media. On August 11, 2021, the authorities suspended another newspaper, Uhuru, for fourteen days. They said it had published a false report claiming the president has no intention of running for office in the 2025 election.

Also, on September 5, 2021, the Information Services Department suspended the newspaper Raia Mwema for 30 days, saying that it repeatedly violated professional journalistic standards and broke the law by publishing “misleading” reports that amounted to “incitement of violence.” Recently, the Minister for ICT announced lifting the ban on newspapers that had faced closure due to violation of said laws. However, the same rules used to suppress have not changed, leaving room for their weaponisation soon.

In August of 2021, Tanzania had banned access to adult content; several people took to Twitter to say that they could only access such content through VPNs. Famous comedian and actor of Tanzania Idris Sultan posted on social media asking the new Minister of ICT when people would be able to access such sites without the use of VPN; however, he did not receive a response. The question of what content should be censored by the government and what content should fall under self-regulation is crucial at this stage. What is next for content censorship? When websites are blocked without formal notice it leaves room for more censorship.

There is a close relationship between privacy and censorship in Tanzania, and this manifests itself in the laws enacted and the practices that different government entities use. The presence of the Cybercrime Act proves instrumental in this case, where it gives the government the upper hand in accessing information when it suits them. However censorship is not always government fostered; sometimes individuals choose to self censor because they lack access — in terms of affordability of connectivity and devices — but they also choose to self censor because they do not trust that their privacy is protected. The government uses clauses found in the Cybercrimes Act as loopholes to gain access to data for authoritarian reasons such as keeping tabs on key political figures or a watchful eye on activists and human rights defenders. In such cases access to information (by the government) ends up invoking censorship whether self or government imposed censorship.

A common denominator in all this is that, though the regime has changed, laws and practices have yet to change; without changes to laws and practices Tanzania cannot say that it is genuinely free on the internet. The new leadership has shown an intention to open up dialogue, as seen from examples where the current president has met with opposition leaders and civil society organisations. Forming coalitions of civil society organisations, human rights defenders, activists, and politicians can build advocacy to push to revisit laws and make sure they align with the rights of the people. Stakeholders such as civil society organisations need to push for the freedom and privileges accorded by the constitution, and to ensure that the internet is recognized as a civic space. Like Odinga, we are forced to say “not yet uhuru.” Tanzania is still clinging to the old way of things — if that doesn't change, the practice won't change either.