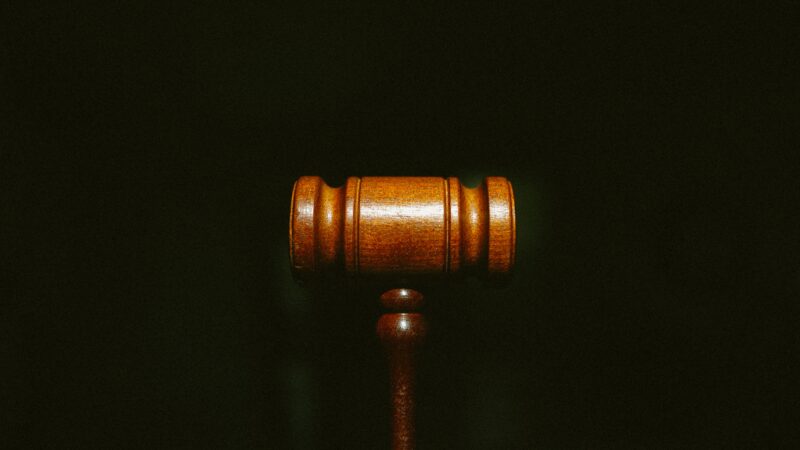 Photo by Tingey Injury Law Firm [1] on Unsplash [2]. Free to use under the Unsplash License [3].

This article was first published [4] on OC Media. An edited version is republished here under a content partnership agreement.

The Tbilisi City Court sentenced noted journalist and director of Mtavari Arkhi, an opposition-leaning television channel, Nika Gvaramia, to three and a half years in prison on corruption charges on May 16. Gvaramia, 45, was found guilty of abuse of power during his time at another television channel, Rustavi 2, in 2019. The court also leveled [5] embezzlement charges against the journalist, ordering him to pay a GEL 50,000 (USD 16,300) fine.

According [5] to Radio Liberty, the court also fined the co-defendant, former financial director of Rustavi 2 Kakhaber Damenia, for embezzlement. Zurab Lashvili, the other co-defendant and Inter Media Plus news agency director, was acquitted of all charges.

Gvaramia was first charged [6] in 2020 with abuse of power, commercial bribery, forging documents, and embezzling property at Rustavi 2. He was found not guilty on the last three counts.

Reportedly [5], Gvaramia shouted “Good Job!” inside the courtroom after hearing the verdict. The journalist also wrote [7] on his Facebook page, “Stay with Mtavariand achieve freedom with us! Everything will be fine,” shortly before being led away from the courtroom.

The prosecution’s case [8] rested on a Porsche Macan S worth GEL 76,700 (USD 79,900) that was given to Rustavi 2 in early 2019 in exchange for advertisements on the channel. Prosecutors argued the car was procured for the use of Gvaramia’s family.

While not a member of the formerly ruling United National Movement (UNM) Party, Gvaramia held a number of senior positions during the party’s leadership and has remained one of the party’s most outspoken supporters. He also legally represented former president Mikheil Saakashvili in court. Gvaramia is a lawyer by training.

On Sunday, the Georgian Public Defender reminded [9] the Court of their earlier amicus curiae brief in which they found no grounds to pursue Gvaramia through criminal or corporate legal grounds.

Transparency International Georgia issued [10] a statement condemning the ruling as being politically motivated. The group said Gvaramia’s prosecution was the continuation of a campaign of “political persecution” against government critics and “sends a clear message to other critical media outlets”:

Recent criminal cases launched against the founders or family members of critical media outlets, the failure to prosecute the organizers of the 5 July 2021 violence [11], the increasing number of cases of physical retaliation against journalists, and other ineffective investigations have shown that critical media activities have become dangerous.

The indictments followed a 2019 ruling by the European Court of Human Rights upholding a decision by Georgia’s Supreme Court to transfer ownership of Rustavi 2 to its previous owner, Kibar Khalvashi, who is viewed [5] as a person close to the ruling government. Following the controversial verdict, Gvaramia and his team built a brand new channel, Mtavari, from scratch.