An excerpt from Advox research on digital authoritarianism in Turkey 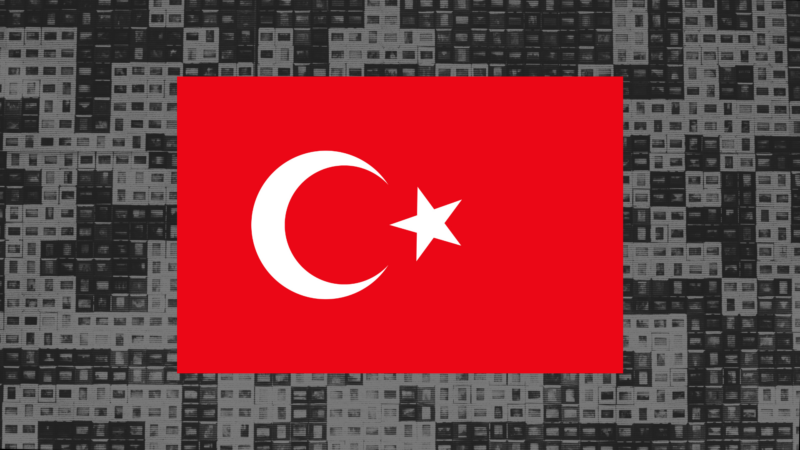 Authoritarian regimes have long had a complicated relationship with media and communications technologies. The Unfreedom Monitor is a Global Voices Advox research initiative examining the growing phenomenon of networked or digital authoritarianism. This extract, about Turkey's control and censorship of the internet, is from the series of reports to come out of the research under the Unfreedom Monitor. Read the full report here.

In the early days of the internet, it was hard to imagine how authoritarian regimes could control such a “powerful source of information.” But, as global internet freedoms continue to decline for the eleventh consecutive year, examples of control and censorship are abundant. In 2011, Ronald Deibert and Rafal Rohozinski described at length how authoritarian regimes have become savvy at restricting access to their users, relying on technology, legal and extralegal techniques. To that end, the authors describe these techniques as next-generation information access controls. First-generation controls include “defensive” techniques, such as widespread filtering and direct censorship.

Second generation controls include legal measure techniques that involve the use of legislation to remove content, or implementing technical shutdowns of websites. The third and final generation controls include “offensive” techniques, such as state-sponsored counterinformation campaigns, the use of surveillance, and data mining. The third category is a “highly sophisticated, multidimensional approach to enhancing state control over national cyberspace and building capabilities for competing in informational space with potential adversaries and competitors.”

As the country overview of Turkey below shows, it is possible to trace all three techniques used in Turkey to curtail internet freedoms. When Turkey introduced the infamous Law no. 5651, aka the Internet Bill, in 2007, the state began to implement first and second-generation controls. However, more sophisticated measures began to emerge in the aftermath of countrywide popular unrest in 2013 (the Gezi protests) and the graft scandal targeting key members of the ruling Justice and Development Party, as well as the failed military coup in 2016. “In the aftermath of the Gezi protests and the corruption scandal, the AKP government became acutely aware of the role of social media platforms in political engagement and civic mobilisation, and in building and expanding of online/offline solidarities.” To that end, signs and evidence of third-generation controls put in practice became more evident, pointing to an emergency “of a decentralised and distributed network of online censorship.”

As a result, civil society and the public at large engaged in criticism of the state have been muted through a combination of traditional forms of censorship such as arrests, detentions, intimidation, and critical legal amendments combined with a crackdown on the internet using high level opaque administrative and judicial decisions blocking, banning, and withholding online content.