Were 2022’s gubernatorial and municipal elections business as usual? 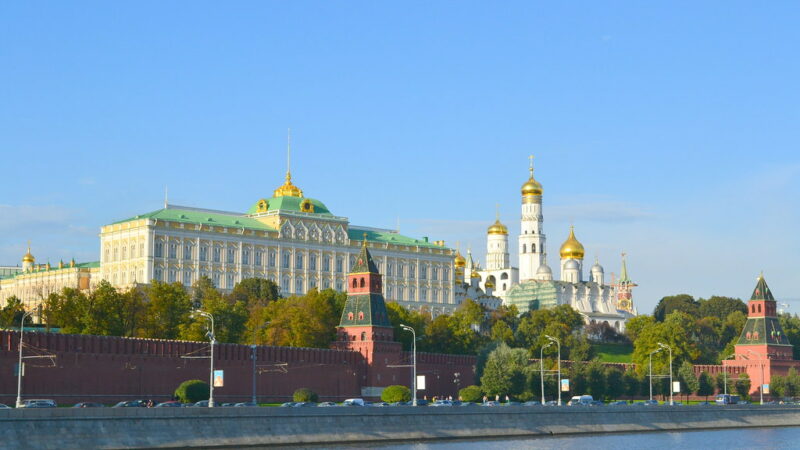 Russia headed to the polls for the first time in wartime on September 11. Recent elections in the country have sought to project a domestic image of strength and control while presenting a façade of democracy to the international community. In light of the war in Ukraine, the increasing intolerance of domestic opposition, and the criminalization of nearly any form of protest, many observers have pondered whether the results matter at all.

For the Russian opposition, the 2022 gubernatorial and municipal elections were seen as an opportunity to voice dissatisfaction with the ruling party and their war in Ukraine. Online voting is still relatively rare globally. It has been used successfully in neighboring Estonia, yet is much-maligned in Russia. This has led to observations that online voting is a “flavour enhancer” that can make democracies more democratic, but conversely, autocracies more autocratic.

Online voting was notably utilized in the 2020 referendum on constitutional changes, ultimately enabling Vladimir Putin to extend his presidency beyond existing term limits. Before that, online voting had been used in limited regional voting.

The current Russian approach to online voting has been criticized as insufficiently secure, lacking in proper oversight, and open to voter coercion. It involves users accessing either the Gosuslugi or, in Moscow, the mos.ru platforms to cast a ballot. Ballots can be recast an unlimited number of times, the authentication process is weak, the vote-counting is non-transparent, and there have been accounts of individuals being able to vote twice (online and in-person).

The OSCE was not invited to observe the 2020 referendum and had previously condemned the 2018 presidential elections for lacking proper freedom of choice. Domestic election monitor Golos reported numerous violations in 2020 and has since been labelled a “foreign agent” by the Kremlin in an attempt to suppress domestic criticism.

Online voting was also promoted as a safe way of casting ballots during the COVID-19 pandemic in Moscow and Nizhny Novgorod. Over 1 million ballots were cast online in an election characterized as “theatrical” rather than competitive. As expected, President Putin's eligibility to extend his stay in office was confirmed, among various other constitutional amendments.

It is extremely difficult to measure the impact of online voting in the referendum as it constituted a small number of the 74 million ballots cast. Furthermore, the opposition including Alexei Navalny and the Yabloko party urged non-participation. The 2020 referendum nevertheless remains notable for the normalization of online voting and the efforts of the Russian state to promote it.

Online voting was again heavily promoted by the Russian authorities in 2021 and generated further controversy. The 2021 State Duma elections were viewed by the Russian opposition as an opportunity to register their discontent with the ruling party United Russia, especially in light of Alexei Navalny’s imprisonment. Of note was team Navalny’s “smart voting”, a system that advised voters of local opposition candidates most likely to win, to whom they should lend their votes. This tactical approach led to some limited opposition successes in the 2019 Moscow city Duma elections and there was some hope that this might be built upon.

However, the elections ended predictably with a supermajority for United Russia. The controversy around the election simmered over the course of the three days of voting from conventional voting stations, where opposition networks highlighted numerous violations, generally characterized by blatant ballot-stuffing.

Nevertheless, as votes began to be revealed, it became clear that some smart voting had worked, as seen in increased support for the CPRF (Communist Party), whom Navalny’s smart voting system primarily advocated voting for (in over 60 percent of seats). Despite the observed violations, there was evidence of movement away from United Russia in areas previously perceived as strongholds. In Moscow, this was even more pronounced. However, the absence of digital voting figures became more conspicuous as time passed. This caused notable opposition figures to begin speculating that the delay was deliberate. It was also odd given that tallying online voting should be faster than counting paper ballots and, in democracies that use online voting (such as neighboring Estonia), digital ballots are announced first.

Two candidates became the focal point of the furore: self-described social democrat and university lecturer Mikael Lobanov (CPRF) and twenty-nine-year-old Anastasia Bryukhanova (Independent) who was barred from standing for the Moscow City Council in 2018 as part of a wider purge of opposition figures.

Their supporters, like popular opposition figure Maxim Katz and Alexei Navalny associate Lubov Sobol took to social media to lambast e-voting before the results were announced, berating the time taken for the results to be declared as a sign that the authorities were “finding” the necessary votes to erase the generous leads that both Bryukhanova and Lobanov held from the paper ballots. Their fears proved to be true as all opposition candidates in Moscow saw their leads erased, which generated fury mixed with mockery.

Somewhat surprisingly, the outrage spread beyond the grassroots opposition, also drawing the ire of opposition parties tolerated by the Kremlin who do not challenge the status quo, including the temperamental (and now deceased) ultranationalist politician Vladimir Zhirinovsky, the leader of Liberal Democratic Party of Russia (LDPR). He claimed votes had been stolen and warned of a “Belarusian scenario” (referring to the wave of popular unrest aimed at the Lukashenka regime). The Communist Party initially refused to acknowledge the online voting results as legitimate and sought to lead protests in the capital — the license for which was refused.

That the CPRF and LDPR both spoke out against online voting was a considerable rebellion. However, it did little to change the outcome with the votes ultimately upheld by the electoral commission.

As with the earlier elections, President Putin again made a show of casting his ballot online and stated:

“September 11 is the single voting day in Russia. But it is also possible to cast a vote in advance and remotely, which is exactly what I did now. It is a very convenient, reliable form of vote. To those who can and want to use it — I recommend.”

The online voting system was subjected to cyberattacks, causing a brief outage on September 9 (Election Day was September 11, but online ballots could be cast on September 9 and 10).

Nevertheless, over 600,000 ballots were cast in the first four hours of voting in Moscow. Anastasia Bryukhanova took to social media to mock these numbers, noting this represented over 65 percent of the ballots cast in the entirety of the last election. In the end, three-quarters of voters cast their ballots online in Moscow, causing the turnout to more than double from 2017 (34 percent, up from 15). Once again, the majority of “smart voting” candidates were defeated. This also coincided with reports of conventional voting irregularities.

Golos noted the lack of trust in online voting in their election report. This was at least partially shaped by the 2021 experience and carried over into 2022:

Remote electronic voting (DEG) has become the focus of public attention. Its results overturned the distribution of parliamentary seats in many districts of Moscow, and observers noted that the current system is not transparent and destroys the remnants of confidence in the elections. In turn, voters, especially in Moscow, actively reported that they were being forced to participate in remote voting.

As a result, United Russia strengthened their dominance over domestic politics.

Lessons for the future?

Online voting is a source of major distrust among Russia’s fragmented opposition.  Online voting, they believe, makes falsification too easy and is used in tandem with disqualifications, spoiler candidates, and intimidation. This is likely to further fuel apathy and distrust among the wider public.

Regardless of domestic distrust, online voting is here to stay. However, Russia decided not to use the much-criticized, online ballots in the “referenda” in occupied territories of Ukraine, despite erroneous reports to the contrary. This was officially due to “low levels of digitalisation“ — an unusual way to state that Ukrainian citizens in those territories do not have Russian Gosuslugi accounts.

Restraining itself from using online ballots in this instance does demonstrate at least some desire to maintain a public veneer of integrity in the system for a domestic audience. Adding to the problem is that, instead of viewing results with increased skepticism, some foreign media have presented them as domestic approval for an increasingly authoritarian regime.