Attacks once restricted to online spaces have begun translating into real-life violence. 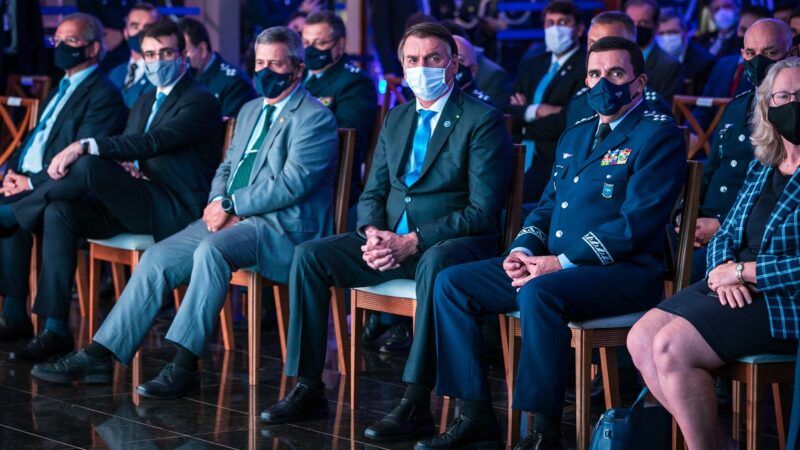 In July 2020, Meta (then Facebook) announced the takedown of a network of profiles, pages and groups connected to Brazilian president Jair Bolsonaro and the party under which he was elected in 2018, the right-wing Social Liberal Party (PSL).

The content published by this network revolved around “local news and events including domestic politics and elections, political memes, criticism of the political opposition, media organizations and journalists,” and news about the coronavirus pandemic. Some of the content published by these actors had already been removed due to violation of the FB Community Standards, particularly in relation to hate speech.

This wasn't just any network. Meta's investigation identified links to party figures and to employees of the offices of President Jair Bolsonaro and his sons, Federal Deputy Eduardo Bolsonaro and Senator Flavio Bolsonaro. In other words, this complex and violating network identified by Meta was being operated from within the offices of elected officials — including the country's highest-ranking politician: the president.

Nearly the whole family is involved: Carlos Bolsonaro, a councilman in Rio de Janeiro, is seen as the mastermind behind Bolsonaro's social media strategy and believed to be the commander-in-chief of a complex operation of attacks and smear campaigns.

Although Meta removed this network, the damage had been done. The confirmation that public servants produced these attacks against critics and democratic institutions — in what the Atlantic Council's DFRLab, which investigated the network at FB's request, considered a potential misuse of public funds — points to a scenario of institutionalized political attacks.

On one hand, police and Supreme Court investigations suggest the existence of an elaborate network producing social media attacks against political rivals and democratic institutions who exercise their role in containing authoritarian abuses. On the other hand, such an infrastructure is no longer necessary because supporters feel encouraged and authorized to engage in attacks without any command structure.

A fresh report published by Agência Pública on the eve of elections revealed that this election had at least 75 episodes of electoral violence, including two casualties and eight incidents with firearms.

The network taken down by Meta in July 2020 is part of what is now popularly known as the Hate Cabinet or the Hatred Cabinet. As early as October 2019, only 10 months into Bolsonaro's term, a congressional investigation committee began investigating presidential aides accused of contributing to the spread of false news and attacks against political rivals from within the presidential palace.

Since then, much has been learned about how this group operates. A Supreme Court probe looking into anti-democratic demonstrations that rallied on demands of closing the Supreme Court, Congress as well as a return of the military dictatorship, opened in April 2020, showed overlaps between investigated targets and public servants suspected of being part of the Hate Cabinet.

It was within the scope of this probe that former Bolsonaro allies-turned-foes revealed more details about the workings of this Hate Cabinet. The network is coordinated by three presidential allies, who order other aides (on the federal and state levels) to disseminate offensive posts in pages and groups administered by them.

This enabled offensive posts or hashtags against the Supreme Court and its members to be spread massively in a matter of minutes, explained Federal Deputy Joice Hasselman, who was one of Bolsonaro's closest allies during his campaign. She added that the group builds narratives around attacks.

In February 2022, the Federal Police delivered a partial report to the Supreme Court in which the force further detailed the structure of these “digital militias” charged with coordinating attacks against rival politicians, democratic institutions, and the dissemination of “false news.”

This report was part of a Supreme Court probe (dubbed “the digital militias probe“) opened in 2021 after the Prosecutor-General's Office requested that another probe (the one looking into anti-democratic demonstrations) be closed.

In the document, the Federal Police informed the Supreme Court that this digital militia operates through the existence of a Hate Cabinet: “a group that produces content and/or promotes posts on social media attacking targets previously chosen by the organization’s members, spreading them on multiple communication channels on social media”.

For Denisse Ribeiro, the Federal Police commissioner in charge of this investigation, there is a clear line between the group’s actions and freedom of expression, as the group engages in criminal acts by aiming to “manipulate the audience distorting data, leading the public to error and inducing it to accept as truth things that have no ballast in reality”.

The impact of this “legitimization of political attacks” can be seen throughout the country and has become even more visible during the 2022 General Elections campaign period.

The idea that such attacks come from some of the highest-ranking officials in the country may have created a sort of free pass or waiver for regular civilians to violently attack and harass politicians they dislike, as well as journalists and other civilians with whom they disagree.

These attacks are not symmetric, affecting women politicians on an incomparable scale. A report produced by MonitorA, a project to monitor online gender violence developed by AzMina, InternetLab and Núcleo Jornalismo, identified that two women who are currently presidential candidates received over 6.6K offensive tweets in just two days after their participation in a televised presidential debate.

For two weeks, prominent political journalist Vera Magalhães became the target of repeated attacks by Bolsonaro and his allies, a clear demonstration of how attacks by the president generate an after wave of new attacks.

During the presidential debate on August 28, after a question by Vera about vaccines and the government's handling of the pandemic, the president suggested the journalist “dreams of him at night” and “is an embarrassment for journalism.” On September 7, during pro-Bolsonaro demonstrations around the country for the Independence Bicentennial, Vera's face was put on a banner in one of the demonstrations with the same sentence said by Bolsonaro. On September 13, during the debate for the State Government in São Paulo, State Deputy Douglas Garcia, a Bolsonaro ally, repeated once again the phrase while filming Vera. She had to leave the event under a police escort.

The prospects are dire, as attacks that were once restricted to online spaces have begun translating into real-life violence. Research by the Political and Electoral Violence Observatory, tied to the Federal University of the State of Rio de Janeiro (Unirio) revealed that cases of political violence, such as the killing of a Workers’ Party treasurer by a Bolsonaro supporter, had grown 335 percent since 2019, when Bolsonaro took power.

It remains to be seen whether the incoming government, which the polls suggest will be led by former leftist President Lula, will be able to overturn the environment of widespread political violence, attacks against dissenting voices and the press.