A summary of our International Day of Democracy webinar 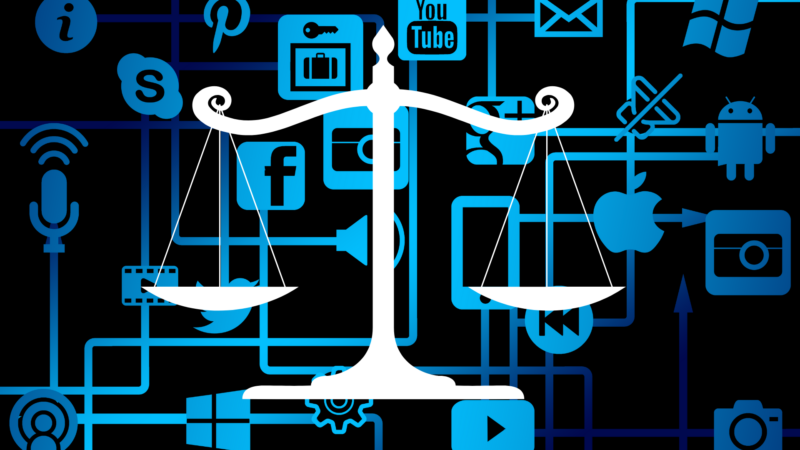 The legislature — and the legislative process — is one of the three pillars of democracy, enshrined in the very heart of the political system. The legal system and the lawmaking process both exist to protect the citizens of a democracy. Yet, in our research in the Unfreedom Monitor, we have seen repeatedly how authoritarian as well as supposedly democratic states use laws that claim to protect citizens to police people’s actions, words and very presence in digital spaces and curtail freedom of expression. In an episode of Global Voices Insights entitled “Can citizens of democracies still trust the law?,” panelists Laís Martins, Veszna Wessenauer, and Alok Prasanna Kumar discussed the consequences of governments passing laws to regulate digital spaces.

The 2022 Freedom House report shows that global freedom has declined for the 10th year in a row, with authorities in several countries pursuing laws aimed at tech companies and industries in an effort to subdue free expression and gather citizens’ private data. Technology and liberty get more entangled each day: the last elections in both Brazil (2018) and India (2019) were dubbed “WhatsApp elections,” with both countries waging a kind of love-hate battle with social media.

Martins explains that, in Brazil, in 2018, all candidates used social media with skill, especially Bolsonaro, who incorporated social media use and disinformation into his presidency. This quickly intensified into coordinated inauthentic behaviour and attacks on journalists and opposition members. Lawmakers have tabled legislation to try to counter this.

In 2020, the Fake News Bill began to take shape in Brazil’s Congress on the left, as a way to counter fake news. As the debate process moved, various suggestions were incorporated from academia, civil society, etc., as they learned of the impact it could have on free expression. The bill eventually became a gigantic platform regulation bill, leading actors who were initially very committed to the bill to start backing down, saying it had become something that is trying to change the way the internet operates.

Martins points out that the main issue with the bill is that it criminalises content, and not behaviour, because it opens the way for those with power to choose what is “bad” content at any given time, and then criminally prosecute people for it. Furthermore, it would require platforms to police the content, which adds another layer of trouble, since it requires an understanding of country context to tell if content is problematic in any way, and we have seen in Brazil and India how this can backfire.

Alok comments that in a country with weak rule of law, such as India, where “the police and judiciary don’t always follow the law, but the instructions of higher-ups,” you don’t even need to go after content; you can harass the person who is “responsible” for it, and scare them into silence. The Information Technology Act of 2000 in India has two sections that are often used for just this.

Section 66A of the act, introduced in 2009, which he calls a “zombie section,” criminalises anyone who sends any message through any medium that is offensive or menacing, which is an attempt to focus on content. And, since there is no objective understanding of “menacing” or “offensive,” it makes anything that is unacceptable criminal. The section was challenged and in 2015, the Supreme Court struck it down for violating freedom of speech. But, for seven years after this judgement — which is longer than it was on the books — people have still been prosecuted under this “zombie section.”

The other, Section 69A, allows the government to block specific links on the internet. What remains unfair is the process by which it gets taken down, because it does not require disclosure of why the content is taken down. In recent times the Indian government has taken down entire YouTube channels, some of which cover local events that the mainstream media ignores, leaving them with no information about why they were taken down. Section 69A fits into a larger set of laws in India that Alok calls “lawless laws” because they are used on the whims of the government: the consequences on individuals are heavy, and there is room for neither explanation nor redress.

In Hungary, one specific law made for good but open to much abuse is the Child Protection Law of 2021, enacted ostensibly to protect children from pedophiles. Because the law limits who is allowed to talk to children about sexuality, it is used to attack the LGBTQ+ community. Wessenauer says, “It is enacted by banning content of any kind that is connected to the LGBTQ+ community that is made for those under the age of 18,” drawing a parallel with Saudi Arabia’s investigation of a Netflix cartoon with two girls kissing and a similar incident in Hungary.

Though we’re looking at three very different contexts, there are very interesting parallels. Martins points out that Brazil also sees a lot of policing of who can talk to children about sexuality. For Alok, what’s striking is how the government keeps choosing new enemies: Muslims, “the West,” LGBTQ+ people, immigrants… Whatever suits their current campaign.

The larger point here, and the flip side of regulating the internet, is that this enables the state to mobilise itself and erase the existence of these communities and their identities from popular culture and discussion: India is for Hindus, and perhaps Hungary is for Hungarians. What Wessenauer finds most upsetting is that they do it in the name of democracy. “How can you argue with a child protection law? If you criticise it you become the person taking the side of the pedophiles.”

Can the big technology companies be a bulwark for democracy?

This provokes the question: “What are the parts of a democracy that should be working but are not that are allowing this to happen? How is it possible that Section 66A is still being used seven years after it was struck down in India?”

For Alok, one part is definitely the fact that the police and judiciary have lost their path. The police in India were originally intended as a colonial force, to keep the people down and quiet, and they have not been changed at all — they even wear the same uniforms. The signal: The police are here to keep the peace — for the rulers. In a democracy, the agency that holds the police accountable is the judiciary, but it has also lost its mission.

Alok gives us an example: “Within 24 hours of being arrested in India you have the right to be heard by a magistrate. And the question they tend to ask is: ‘How many days should I send them to jail for?’ not ‘Should they be in jail?’ When did magistrates stop feeling their job was to hold the police accountable, to make the citizens’ lives easier, not the police forces? That is the serious problem. They don’t take the rights of citizens or the rule of law seriously.”

There’s another force at work here though: Big Tech. What should or could tech companies do to support their users who are being targeted by the government?

In Brazil, says Martins, it’s clear that the fake news bill did not pass because of pressure from Big Tech, both lobbying lawmakers and running ad campaigns. The companies knew which pressure points to push. “Our lawmakers understand very little about social media. This means Big Tech can run free in Brazil, which is alarming for citizens, and it is a very big market, so in turn, they have very little incentive to allow regulation to be put in place.”

Alok would be deeply sceptical of Big Tech working to support citizens and lobbying the government for regulation, but if they did so, it should be public and transparent to inspire confidence. There was the Personal Data Protection Bill that was an effort to reduce the power of Big Tech, which, though it had its problems, was a five-year effort that fell apart from lobbying. “They may not have an army today, but given India was originally colonised by a company, I am cynical and wary of efforts from Big Tech to push back against the government.”

In Hungary, Wessenauer tells us, the government centralised and took control of traditional media, and they have now tried to implement the same control on social media, using influencers. This means companies need to accept that they are in a position where they are a tool. This is what makes transparency very important, she says. “Even if you comply, you can openly say that you are complying under protest, and make public the requests and the actions.” This is what Twitter is trying to do in India by taking the government to court.

There are no laws around this at all in Brazil, though, which means everything has to go through the judiciary, even something as small as finding out information about one small thing, Martins points out. “But it must be said platforms tend to push back against requests. I think that platforms, especially after Trump, are very aware of what is done with their tools and that they might have to go to the point of taking down an account — for example, if Bolsonaro says the election was stolen. But they won’t say so openly.”

Whether it is the administrative challenge to just find out why something is taken down or a political reason that leaves people in the dark about what has happened to their expression online, tech companies can help by institutionalising transparency at least for users to find out what happened to their content.

Sometimes it can seem like a neverending protest, but we have to keep speaking up, raising our voices, says Wessenauer. “It’s cliche, but silence is what enabled the Nazis.” Martins finds it hard to find optimism though she tries not to see things as binaries. “I’m worried about democracy in Brazil and even if we retain it, how can we move forward? As a journalist, I can educate people about what’s at stake.” Alok, for his cynicism about tech, is the most optimistic, saying that we rarely ask “What can be built?” Not everything needs vast resources; it is okay to start small. “Can we build better institutions and governments? Because actually, governance rises up, it doesn’t trickle down.” What we need to do is stay alert, educate, and build better.