An opposition rally calling for democratic reforms was dispersed by police 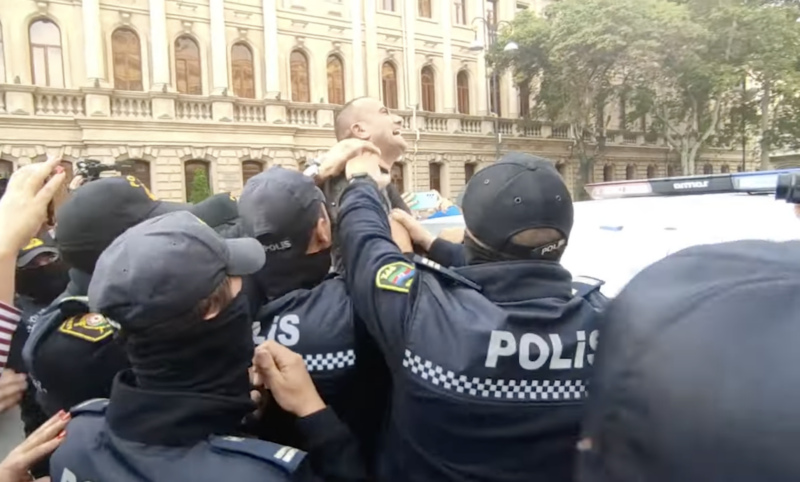 In Azerbaijan, Opposition Popular Front Party attempted to hold a rally outside an administrative office in the capital Baku on October 25. One of the demands voiced by the opposition party was rooted in democratic reforms. Ahead of the planned rally, the Baku City Administrative Office denied the permission to hold the rally. According to local media reports, police started rounding up members of the party and other attendees hours ahead of the scheduled rally. “Approximately at around 15:40, police started detaining everybody who showed up, or was see speaking to journalists,” reported Turan News Agency on October 24.

A protest rally in front of the Baku Executive Power building, organized by the Popular Front Party of Azerbaijan, according to unofficial data, about 100 people were detained. pic.twitter.com/7DtdCPUmmy

Police officers detain an activist during a rally by the Popular Front party in center of Baku on October 24, 2022.#protest #baku #opposition pic.twitter.com/SW5cyYn5R2

“Our demands are simple. Protesting is our right. Freedom for assembly is also our right. We are demanding freedom to political prisoners. We are also demanding that our servicemen stop losing their lives on the front. We want land borders to open. Our demands are people's demands,” said one woman speaking to journalists during the rally, who was quickly whisked away by a police officer. 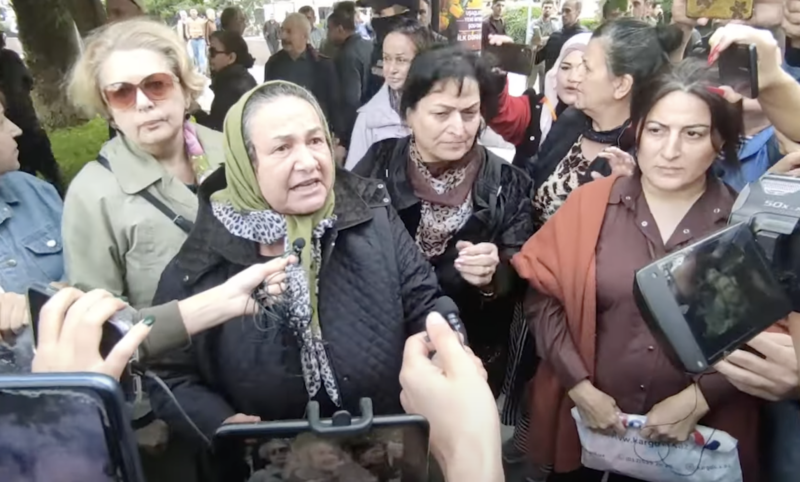 “My husband was worked as a teacher for fifty years. His pension is AZN 300 (USD 176). Raise the pensions!” another elderly woman was saying.

Other rally participants chanted, “Freedom!” “Resign!” “There is no freedom in this country!” “Freedom to political prisoners!”

In response, the Baku City Administrative Office said the permission to hold the rally was refused on the grounds that the proposed location for the rally was near educational institutions, the subway entrance, and busy road traffic.

According to estimates and documentation by local civil society groups, there are more than 100 political prisoners currently behind bars in Azerbaijan.

The mostrecent anti-government rally was held in May 2022.