The world's largest democracy has the highest number of takedown requests 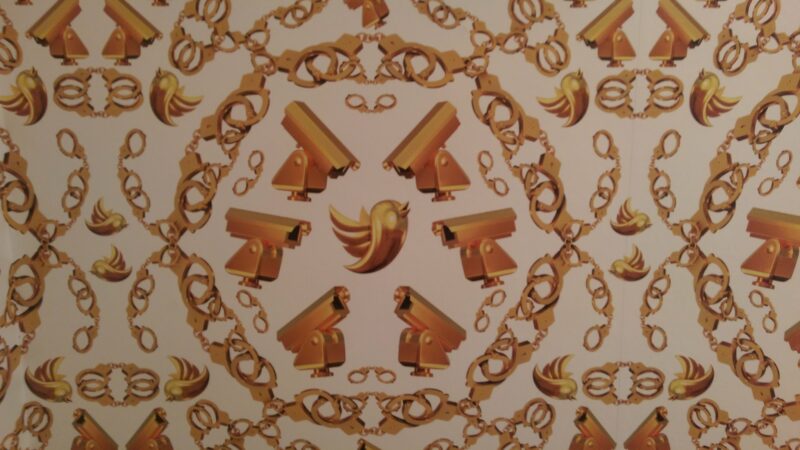 Governmental censorship through legal requests to remove content or block accounts, and URLs is becoming a prominent tool of control as social media becomes an important platform for discourse. India, the world’s largest democracy, has one of the world’s highest numbers of take-down requests.

While no one source captures the complete situation in India, compliance reports from social media companies, independent research firms, and government statements indicate that the situation is grim. In 2019, a UK-based research firm Comparitech claimed that data analysis from companies such as Facebook, Twitter, and Google showed that India has the highest takedown request worldwide, after Russia. Data from the Indian parliament also indicates that there has been an exponential increase in government orders to block social media accounts from 2014 to 2020. According to the latest Twitter Transparency Report, India ranks fifth with 8 percent of the global content removal requests after Japan, Russia, South Korea, and Turkey. Social media’s power struggles with the government are also indicative of the extent of the problem.

Twitter has similarly often been at loggerheads with the government over content moderation policies and take down requests or blocking content and accounts. In the latest development in this long tussle, in June 2022, Twitter took the Central government to court over its blocking orders, arguing that many of these orders targeted “political and journalistic” content infringing on citizens’ right to freedom of expression. In addition, it alleged that the government did not provide a rationale for the orders as required by law.

The government of India believes that the legal requests made to social media giants such as Twitter are proportional to the country’s high number of social media users. It argues that these measures are necessary to create a safe and open internet.

Legal provisions under the Information Technology (IT) Act, 2000 and its subsequent rules allow the state to block content only if it is necessary to do so in the “interest of sovereignty of India, defence of India, security of State, friendly relation with foreign states or public order or for preventing incitement to the commission of any cognizable offence related to the above.” The Unfreedom Monitor's civic media observatory shows that India also uses other categories such as “anti-India” and “anti-national” to justify taking down content. Data from the observatory shows that the need to combat “fake news” and “disinformation” is another common justification for blocking accounts and social media posts.

Additionally, the government often compels social media companies to remove content, arguing that it is the “law of the land.” However, it is the executive and legislature who decide what these laws should be, resulting in a vicious cycle of power. According to news sources, the government issued 105 blocking orders to YouTube, Facebook, Twitter, and Instagram using the highly controversial (Intermediary Guidelines and Digital Media Ethics Code) Rules, 2021. The rules, introduced last February, raised concerns from digital rights groups, civil society, and social media companies about free speech.

The black box of orders and infringement on free speech

The state's desire to moderate content in an increasingly chaotic media ecosystem is legitimate, but civil society and digital rights groups have argued that these efforts violate citizens’ free speech. It has become a trend for the government to ask social media giants to take down critical content. In 2017, following a letter from the government flagging “objectionable content,” Twitter sent legal notices to human rights activists, journalists and other citizens who tweeted about the human rights situation in the disputed territory of Kashmir. In 2019, in the aftermath of the abrogation of Article 370, which gave the northern state of Jammu and Kashmir special status, the government asked Twitter to block some accounts that were vocal about the issue because they were “spreading fake news” and were “linked to Pakistan.” In 2020,  people protesting the highly controversial Citizenship Amendment Act received emails from Twitter stating that the government had asked the company to remove specific content.

As reported by The Hindu, Twitter did not take action in many cases, arguing it was in the interest of “defending and respecting the voice” of its users. In the following year, during the peak of the deadly second wave of COVID-19 in India that claimed millions of lives and left many others turning to social media for help as hospitals ran out of beds and medicines, the government ordered Twitter and Facebook to take down content that was critical of the government’s handling of COVID-19. In another case, an internal document of Twitter filed with the Lumen database showed that, in 2021, the government had asked Twitter to block the accounts and tweets of organisations such as Freedom House, journalists, opposition party members, and farmer advocacy groups.

The breadth of the existing legal mechanisms exacerbates the potential for abuse. There is also a lack of transparency, since most orders are not available in the public domain. Sometimes, legal mechanisms are also bypassed. For instance, in 2021, the Internet Freedom Foundation, a not-for-profit working on digital rights and civil liberties, obtained letters that were sent by the Ministry of Electronics and Information Technology to social media giants asking them to remove all content regarding “the Indian variant” of COVID-19 and the “manipulated media” tag that Twitter had placed on the tweets made by certain Indian politicians.

The tussle between social media giants, governments, and citizens raise questions about agency and power. Each stakeholder has tried to push back on the other to further their interests. Governmental orders to take down content as well as the social media platform's decision to comply with such orders are political choices. Additionally, misuse of social media and the spread of misinformation and disinformation by users complicate matters further, requiring the state to step in, which may end up as a slippery slope. Nonetheless, the disproportionate power asymmetry between these stakeholders often produces an authoritarian outcome at the behest of citizen’s rights.