Access Now and the Citizen Lab confirmed that journalists were targeted 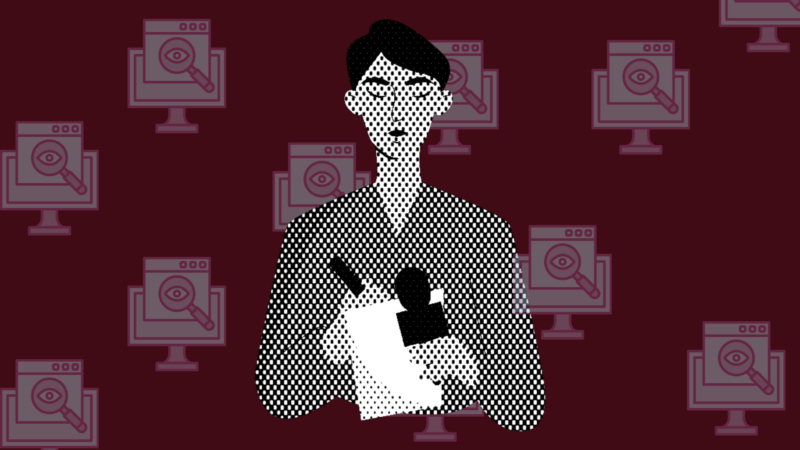 Ten months ago, in January 2022, Access Now and the Citizen Lab confirmed that several journalists were targeted with the use of NSO Group’s Pegasus spyware on a massive scale in El Salvador. At least, the mobile phones of 35 journalists from six media outlets (El Faro, GatoEncerrado, La Prensa Grafica, Revista Digital Disruptiva and El Diario de Hoy) were infected by this spyware between July 2020 and November 2021.

Amnesty International Security Lab reviewed the report and verified forensic evidence on the use of Pegasus spyware against Salvadoran journalists. Erika Guevara-Rosas, Americas director at Amnesty International, said that “the use of Pegasus for the surveillance of communications in El Salvador reveals a new threat to human rights in the country. The authorities must stop any efforts to restrict freedom of expression, and conduct a thorough and impartial investigation to identify those responsible.” But president Nayib Bukele’s government has denied its responsibility and showed not results or signs of a full investigation of this case of espionage.

Since Bukele took power in 2019, there have been several signs that he is heading towards a populist and authoritarian administration. Nowadays, Bukele not only controls the executive branch of the government, but his political party Nuevas Ideas has a large majority in the Legislative Assembly, which  illegitimately removed and elected new judges of the Supreme Court and a new Attorney General. The Economist, in a June 2022 article called “Cryptocracy,” highlights about Bukele that “since taking office the ‘world’s coolest dictator,’ as he calls himself, has ruled the country of 6.5 m like a private fief.”

Salvadoran authorities have been accused of several human rights violations against citizens during the COVID-19 pandemic lockdown, and, more recently, for the arrest and torture of thousands of people in the context of what the government called “the war against gangs.” Bukele and other state authorities have publicly expressed their refusal to accept accountability and discredit the work of independent journalists and media outlets. In this context, the use of Pegasus spyware against journalists represents a serious threat to freedom of the press, digital rights, and a key challenge to investigate the configuration of a digital authoritarianism in El Salvador.

After the revelations of the use of Pegasus against 35 journalists in El Salvador, a large coalition of local and international human rights and journalists’ organizations, through a public statement in January 2022, requested Salvadoran authorities to stop harassing journalists and human rights defenders, protect the freedom of expression, opinion, and the press, and respect the privacy of its citizens. Likewise, these organizations urged an investigation by the Attorney General into Pegasus use in this case. Besides, in February, Cristosal, a local human rights organization, requested the Court of Accounts to investigate the probable use of public funds to purchase the Israeli NSO Group’s Pegasus spyware.

Reporters Without Borders (RSF), also called on Salvadoran authorities “to open an immediate investigation with the aim of identifying and prosecuting those responsible for this far-reaching case of espionage”. Furthermore, RSF appealed to the Israeli government to impose a moratorium on the export of this kind of spyware that can be used to spy on journalists and poses a real problem for democracy around the world. Pegasus spyware, according to digital security experts, can silently infect a person’s mobile phone and get full access to photos, contacts, messages, conversations, and activate the microphone and camera in the infected device.

It is very revealing that the period of hacking the mobile phones of several journalists coincided with the development of several journalistic investigations on President Bukele’s clandestine negotiation with street gangs to reduce homicides and obtain political support, cases of government officials’ corruption, and the authoritarian decision to adopt bitcoin as legal tender in El Salvador.

In March 2022, in a public hearing before the Inter-American Commission on Human Rights (IACHR) on this Pegasus case of unlawful surveillance practice against journalists and activists in El Salvador, Margarette May Macaulay, one of the IACHR’s commissioners said, “This was a serious attack on democracy and democratic standards (…) one doesn’t wish to keep a list but so many rights were violated.” Additionally, the commissioner Macaulay stressed that “the investigation must be as rigorous as possible and as quickly as possible, [but] there seems to be no urgency from the state.”

In the hearing, the Salvadoran state’s representative, an official from the Attorney General’s Office, denied any knowledge of this illegal use of Pegasus in El Salvador, said that “an extensive investigation is underway,” and accused the victims of delaying the investigation by failing to share information with the authorities. This accusation was strongly refuted by the journalists attending the hearing.

The Citizen Lab Research Report No. 148, published in January 2022, identified a Pegasus customer, “TOROGOZ,” operating almost exclusively in El Salvador since 2019. This report’s findings established that, “while there is no conclusive technical evidence that TOROGOZ represents the Salvadoran government, the strong country-specific focus of the infections suggests that this is very likely.” However, in a statement to the Reuters news agency, after the publication of the Citizen Lab report, the Salvadoran government denied being an NSO Group client. Until now, the government has not shown willingness to investigate this case of unlawful surveillance against several journalists and be accountable to society for the violations of fundamental digital rights.

Julia Gavarrete, a journalist from the Salvadoran news media outlet El Faro and one of the victims of Pegasus spyware infection, wrote in an opinion article that, “ it must be said that in a country where the use of a spying program was confirmed and the authorities, instead of investigating, moved the pieces so that there is now the possibility of criminalizing any critical voice.” Gavarrete underlines the threats and challenges of doing journalism under cyber-surveillance in El Salvador: “With a program like Pegasus, whoever is behind it has access to our activities, our conversations, the information we receive and who shares it with us, and what we are investigating. The climate for journalism is complex, yes, and that is why I want to emphasize that even then we will not stop doing it.” 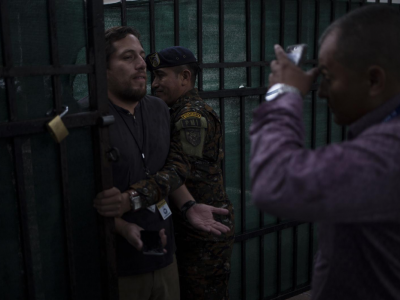 While El Salvador's security improves, it loses ground in freedom of press