Lai has already been handed a 69 month jail sentence 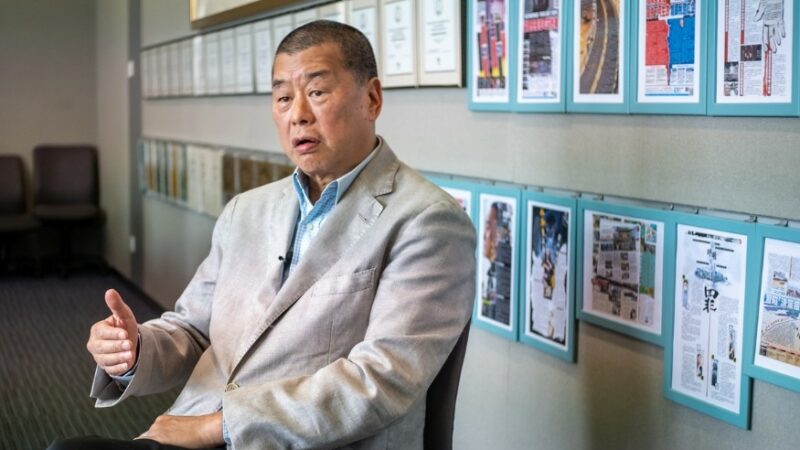 On December 10, coincidentally UN Human Rights Day, a district court in Hong Kong sentenced pro-democracy media tycoon Jimmy Lai to 69 months in prison for land lease fraud. The US government condemned the result as “neither fair nor just” and urged Beijing to respect Hong Kong’s freedom of expression and press:

The United States condemns the grossly unjust outcome of Jimmy Lai’s latest trial sentencing. By any objective measure, this result is neither fair nor just. We once again call on PRC authorities to respect freedom of expression, including for the press, in Hong Kong.

“Neither fair nor just”

In pursuit of its political interests, the US has blatantly interfered in the fair trial by the court, seriously undermined the spirit of the rule of law and contravened international standards and international law. The use of numerous fallacies by the US is nothing but exposure of its hegemonic bullying, resulting in a loss of its credibility…

The now-defunct Apple Daily News’ founder Jimmy Lai is still facing charges under Hong Kong’s colonial sedition law, a colonial relic that prohibits citizens from criticizing the government, as well as three other charges related to foreign collusion under the National Security Law (NSL). The NSL, which was imposed on Hong Kong through national legislation by Beijing in 2020, criminalizes broadly and vaguely defined incitement, subversion, terrorism, and foreign collusion and hence allows the government to arrest critics or dissidents in the name of national security.

Many believe Lai will spend the rest of his life in prison as the Hong Kong authorities are taking all political measures to convict the 75-year-old activist of violating the NSL, which could lead to maximum life imprisonment. Exiled Hong Kong activist Nathan Law called for more international pressure to help secure Lai’s release:

Jimmy Lai, a 75-year-old media tycoon, is PRC's no.1 national enemy in Hong Kong. The only crime he committed was to speak up for democracy. He's been sentenced for years, and a few more political charges are pending. He may not be able to get out of prison alive. pic.twitter.com/fsuAHeECjO

One of the most controversial measures taken by the Hong Kong government is to invite the standing committee of China's National People's Congress (NPC) to “clarify” whether or not overseas lawyers could take part in cases involving national security as Beijing wrote the law.

However, Beijing has not responded to the request yet. Pro-establishment sources told local newspapers that the Committee for Safeguarding National Security had the power to advance the development of the legal system and enforce mechanisms for safeguarding national security. The NSL also states that “no institution, organization or individual in the HKSAR shall interfere with the work of the Committee.” In addition, its operations “shall not be subject to disclosure,” and decisions “shall not be amenable to judicial review.”

Hong Kong pro-establishment heavyweight u-turned and said interpretation from Beijing on NSL isn’t be necessary, @mingpaocom reports. One proposal floated was to have National Security Commission to issue order, which can’t be JR, to block Tim Owen’s visa.https://t.co/o9kE6aSin4

Jimmy Lai’s national security trial has been adjourned to September 25, 2023. Lai planned to plead not guilty, though his case may be complicated because his six former staff members of Apple Daily and Next Digital pleaded guilty to conspiracy to commit collusion in November 2022. It remains unsure if Tim Owen can enter Hong Kong to attend Lai’s trial as the criminal case expert has already encountered some visa problems after he was invited to join Lai’s legal team.

Since the court revoked his bail on December 3, 2020, Jimmy Lai has already been in jail for over two years. He later received 20-month jail time for inciting and participating in four separated unauthorized assemblies in 2019 and 2020, including the 2020 annual vigil commemorating the 1989 Tiananmen crackdown in China, even though he did not make any speech about the event nor attend the vigil in person. Hong Kong human rights activist Samuel Bickett explained the injustice that Lai faced in his June 4 incitement conviction:

Jimmy Lai was sentenced to prison yet again last weekend in another farcical trial. Here are his words one year ago today, when he was sentenced for “inciting” others to protest—not by saying anything, but by silently lighting a candle for victims of the Tiananmen crackdown. pic.twitter.com/KweF6DNuJo

London-based human right lawyer Caoilfhionn Gallagher KC described the multiple prosecutions and lawsuits against Jimmy Lai as “lawfare designed to silence and discredit him and send a clear message to others that they should not dare to criticize the Chinese or Hong Kong authorities.”

The fact that the national security court handed down the disproportionately harsh sentence to Jimmy Lai for violating a land lease contract on UN Human Rights Day was more than telling.

Lai’s fraud cases involved breaching the lease terms with Hong Kong Science and Technology Parks Corporation by concealing the utilization of a part of Apple Daily’s building as Lai’s private consultancy office. The contract dispute, which could have been settled as a civil case, was taken up by the government prosecutor as a case of criminal fraud, which can yield a maximum of 14 years imprisonment.

RSF described Lai’s fraud sentence as “staggering” and a reflection of “how desperate the Chinese regime is to silence this symbolic figure of press freedom in Hong Kong.” Another press freedom group, Committee to Protect Journalists, condemned the “trumped-up” fraud charges and called for an end to Jimmy Lai’s persecution:

The harsh sentence handed to Jimmy Lai on trumped-up fraud charges shows how Beijing and Hong Kong will stop at nothing to eliminate any dissenting voices…Authorities must end this persecution once and for all.

While the Hong Kong government said Lai’s imprisonment had nothing to do with freedom of the press, as pointed out by RSF, over the past two years, the Hong Kong police had forced the shutdown of major independent media outlets, including Apple Daily and Stand News and prosecuted at least 23 journalists and press freedom defenders.