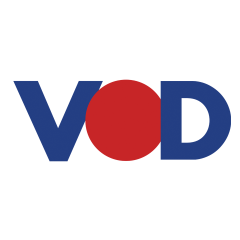 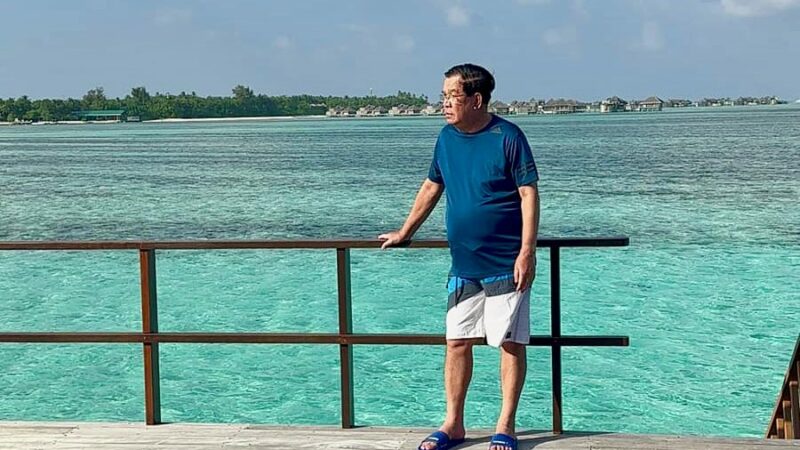 This edited article by Mech Dara was originally published on VOD News, an independent news site in Cambodia, and is republished on Global Voices as part of a content-sharing agreement.

A photo of Hun Sen swimming alone in the Maldives’ azure sea failed to enchant one Facebook commenter: “Yes, our beaches are the most beautiful, but our leaders are the dirtiest in the world, aren’t they?”

The comment, posted in Khmer, prompted a quick response from Hun Sen’s account — calling for a police investigation. “This is a wicked man’s words,” the prime minister’s account wrote in a comment reply late Sunday (January 15). “Please, police, find it immediately. Where is it?”

This is not freedom of expression — this is insulting the leader of the country. … Even for me, we cannot accept this.

People who live abroad can say anything, but in Cambodia they cannot.

Even though the prison is crowded, there is enough space to hold these people.

Hun Sen visited the Maldives on a three-day official visit, which was accompanied by photos of him relaxing by the sea and outside his room in a bathrobe. He posted late Sunday: “Taking a dive in the Maldives’ sea, where the bathtub is next to the room and is both saltwater and freshwater.” The post attracted more than 19,000 comments, mostly fawning deferentially to the prime minister. But Facebook user “Ver To” went against the tide with his “dirtiest” leader comment.

The spokesperson of human rights group Adhoc, Soeng Senkaruna, said it was unavoidable that there would be online criticism against a public figure in a democratic country, and advised handling such comments with less force. “Using legal action is not good and invites criticism of that action,” Senkaruna said.

Hun Sen regularly uses Facebook posts to order authorities into action, and many government critics have been put on trial over Facebook comments. The government counts hundreds of posts a year as incitement for criticizing the government, and has even warned social media users against “impersonation videos or gesture comedy.”

Separately, Battambang provincial police on Sunday summoned a woman over a Facebook post that criticized the “performance” of traffic police officers. The provincial police statement said it wanted to investigate whether the officers were at fault — and should be disciplined — or if the poster was wrong in using profanities and should face the law.

“Things cannot end simply by deleting her Facebook account. Please cooperate with the authorities, and those who have commented on this account are also witnesses who should come to clarify too,” the provincial police said in a social media post.

The summons against Chhon Anina, 40, asks her to appear on Monday at 9 a.m. to “clarify the Facebook post that insulted traffic police. … The person must come on time and bring relevant documents.”

Anina’s post says traffic police stopped her even though she was wearing a helmet, and they asked her to pay KHR 60,000 riel, or about USD 15. “I argued with them. It’s so crazy. … What have I done wrong?” she wrote. “The bastards cheat their own people.”

Provincial police deputy Pov Vandy said the woman did not appear on Monday. “Generally, we’ll issue two or three summonses, and if she still doesn’t turn up, we might build up a case against her for insult.”