[ Most identities have been replaced by initials for safety reasons]
VNR is a young journalist in one of the largest newspaper of Madagascar. When we first talked over the phone, her number was hidden and the first thing she said was to ask carefully what was the

purpose of me wanting to talk to her. She and another journalist friend agreed to meet with me at a busy corner of Anosy, a borough of Antananarivo, where we could decide upon where we could discuss freely. Speaking freely was clearly not in a possibility as the two journalists whispered and looked over their shoulders for the whole 2 hours we were talking. Having a frank conversation has become very difficult nowadays in Madagascar. Too many arbitrary arrests have happened in recent months, too many people are still trying to escape intense “witch hunting” of political opponents. A report on threats upon members of the media in Madagascar have already been published by Reporter Without Borders. The crisis in Madagascar may have vanished from the front pages of national newspapers but the reason for its disappearance is not a lack of newsworthy events to report but a systematic repression imposed on journalists trying to investigate abuse of power in the current military-backed transitional government.

Over the past 4 weeks, we have spoken to 7 journalists, most of them testifying anonymously only about investigations they were conducting and how the ensuing threats aborted the publication of the information. four of them are from print media, one from radio, one from television and one is from an online news site. The following article is a collection of testimonies on what journalists are going through on a daily basis and their thoughts on the current state of Journalism in Madagascar.

VNR explains the atmosphere in the news room now:

”TM (a friend who works for another renown daily newspaper and also a contributor to news website topmada.com) and I were reticent to come talk to you because it is increasingly difficult to know who to trust in the community. I was told two weeks ago that it was my choice if I wanted to denounce the abuse of power by the current administration but that the team will not pay for my indiscretion and that I was on my own. I was investigating the appropriation of a private food factory by the government to provide discounted staple products to the population. My chief editor comes to me and say that the journal is not to sink because of me, that if I wanted to commit career suicide, I could not drag the whole paper with me. Another journalist, LA, from a different newspaper, also worked on the case. The security forces came to their news room and in no uncertain terms stated that LA was to: “resign or else”. Neither her findings or mine were ever fully published.”

“ Topmada.com has been a fairly successful news website, compiling reports from journalists like myself in a real time manner. It was updated twice a day since the beginning of the crisis but the owner's family was recently threatened so it has not published a new article since early June. I have submitted articles several times but was told no to bother writing anymore.”

Understandably, most of them did not want their names of workplace revealed. One of them, Evariste Ramanantsoavina, ex-journalist for Radio Mada, did not care for anonymity anymore since his name was already dragged in the public eye. He explains the circumstances of his arrest on May 5th, why he was freed and his perspective on journalism during the crisis:

“ I am a mere sports radio journalist. At the height of the crisis in March, no one would come to work at radio mada anymore so I was left alone to mane the radio. I would read bulletin that were sent to me by the producers, most of them heavy on communique from former president Ravalomanana. I am an old man with health issues so by mid-April, I had to take a leave from radio mada. I heard that the new government was looking for me because I allegedly taught people how to make Cocktail Molotovs and throw them at armed forces on the radio. That is just a blatant lie. I was not working anymore at the time of the alleged accusation as I was in Antsirabe, getting treatment. As a matter of fact, after they arrested me, the judge found that there was not enough evidence to those charges and I was released. I thought of hiding for my family's sake when I heard the rumors. However, I figure I had nothing to hide and I am too darn old to keep running away so I decided against it. The part that saddens me is that many of my colleagues wrote about my arrest without even asking for my point of view. I was treated well in prison but I cannot say more about my imprisonment because there are more people still in prison. One day I will write about all of this but not now, the time is not right yet. I am grateful that some of my colleagues started a strike when they heard of my arrest and that bloggers wrote about it. After Malagasy people, truth has been the second most offended victim during the crisis. People would just write anything as long as it serves their interests.”

Not everyone agrees on the reason for information retention and the seemingly lack of punch of a few members of the media.
MMR, chief editor of a daily newspaper and a weekly magazine, has been in the journalism business for 25 years. He remembers the golden age of Journalism in Madagascar, right after independence. He asks:

“ Do those people you interviewed still consider themselves the 4th power ? What a travesty. The independence of journalists has been an issue for a long while now. It has just been exposed in greater details during the crisis. Can anyone say that they are fully confident about the news they hear or read anymore in Madagascar ? There are many reasons for such a decline but no one wants to discuss it. There was a time when journalists played their roles of safeguard for democracy in Madagascar in the 60's. That epoch is way past us now. Consider this, I am the chief editor of two gazettes and I recieve 1.2 millions ariary (about $618/month). A new journalist receives about $320/month, that is quite limiting considering the increased cost of living. Additionally, a journalist is hard press to have what we know here as a vady asa ( a 2nd job) because being a reporter is too time consuming. Given those conditions, one can understand if not only they don't want to put their jobs in jeopardy but that a few journalists may consider sitting on a few critical information for under-the-table deals. Still, journalism is supposed to be about more than just a mean for living, and that notion got lost in the reality of politics in Madagascar for some times now”.

Still, stories of direct repression of freedom of press abound during the crisis from both sides of the political spectrum.
RL, reporter at MaTV, a national tv station who already tragically lost reporter Ando on February 7th ( erratum: Ando was a reporter for RTA and not MaTV ) , recalls the day armed forces stormed their news room without a mandate to look for incriminating footage of excessive use of firearms by soldiers. Commander Charles Andrianasoavina, notorious for threatening to shoot foreign diplomats, among others US Ambassador Niels Marquardt on March 17th, asked the MaTV team to quit reporting or posting photos of soldiers or they would close the tv station:
LR:

“ this story is neither new or secret. Everyone knows soldiers stormed the building and took some of our materials under the pretense of an investigation. Beside the TV channel, we also publish a print only gazette called “Ma Laza” and since the soldiers’ visit, no one here signs articles with their real names.”

However, the issue of military repression is not limited to journalists. The following journalists have had specific stories about abuse of power, witch hunt and arbitrary arrest that they just cannot publish themselves. DN, a veteran of journalism in Madagascar, was following the arrest of Heriniaina Razafimahefa, executive director of ALMA, Asa Lalana Malagasy, a business unit belonging to former president Ravalomanana. He was arrested on June 16 on charges of embezzlement and improper use of public funds. He learned that Mr Razafimahefa was denied familial visitation rights three weeks ago and that he has not been heard of since then. Similar stories about former staff members of Marc Ravalomanana being harassed and racketed by soldiers are legions. TA, a free lance journalist, learned that homes of close relatives of former head of MAP, a Ravalomanana supported project, were raided and that some were chased down by soldiers in the vicinity of Antananarivo before they could escape the country.
Many information are retained from the public eye by different means whether by threats, bribes or intimidation. Not only a culture of transparency is yet to be implemented in Madagascar but dubious information are also being thrown out in public by the administration with dubious evidence. For instance, on July 21st , five names were published publicly as instigators of potential bombings in Antananarivo a few hours after the bombs were allegedly discovered.

A lot of effort still needs to be invested in support of the independence of journalism as a safeguard for democracy in Madagascar. There was a time when media deserved the title of 4th power. One wonders if there is still time for media to recover from the ashes of the current political crisis. 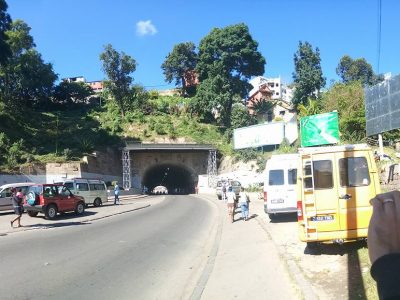