Keep the Pressure On: Canadian Online Surveillance Bill on Pause, But the Fight Continues

The bill introduces new police powers that would allow Canadian authorities easy access to Canadians’ online activities, including the power to force ISPs to hand over private customer data without a warrant. Adding insult to injury, the proposed legislation would also pave the way to gag orders that would prevent online service providers from notifying subscribers that their private data has been disclosed—a move that would make it impossible for users to seek legal recourse for privacy violations. C-30 is the misshapen offspring of the Cybercrime Convention. Countries have been using this treaty as an excuse to invade citizens’ privacy for years since it was first opened for signature in 2001. Many of these new surveillance powers go far beyond the Convention’s intended levels of intrusiveness.

The bill has inspired Canadian netizens to unleash the full creative force of the Internet in voicing their concerns. They generated creative rants, parodies, videos, t-shirts, LOL memes, and even a hashtag where Canadians tried to save the Government the trouble of increasing online surveillance powers by telling  Public Safety Minister Vic Toews “everything.” The proposed legislation has also attracted widespread condemnation from privacy experts, Privacy Commissioners (including specific concerns from the Federal and Ontario Commissioners, as well as general concerns on behalf of all Canadian privacy officers collectively), telecommunications companies, major Canadian newspapers, all opposition political parties, and over 115,000 Canadians who, to date, have signed an online petition against Bill C-30 hosted by OpenMedia.ca.

Widespread condemnation of this bill comes in spite of months of obfuscation by the Canadian government. The government has consistently insisted that the bill does no more than apply existing surveillance capacities to the online world and that, regardless, it's main focus is on child pornography. Matters came to a head a few weeks ago when Minister Toews introduced Bill C-30 and proclaimed that all those opposed to the legislation were “with the child pornographers.” In a last minute change, Bill C-30 was even dubbed the “Protecting Children from Internet Predators Act”—this is in spite of information gathered via an access to information request by Canadian reporter Sarah Schmidt that demonstrated, in the Government’s own internal justifications for the legislation, that the powers in question are actually needed for non-criminal investigations, not child pornography.

Rhetoric aside, Bill C-30 poses serious threats to online privacy. As the majority Canadian government is not likely to give up on this proposed legislation, it is important for Canadians to keep the pressure on! We will discussing these issues in greater deal in our second post on this topic. For now, we urge supporters to join the over 115,000 Canadians who have already signed the stopspying.ca petition against Bill C-30. You can also write a letter to your MP using the Ontario Information & Privacy Commissioner’s letter writing tool. 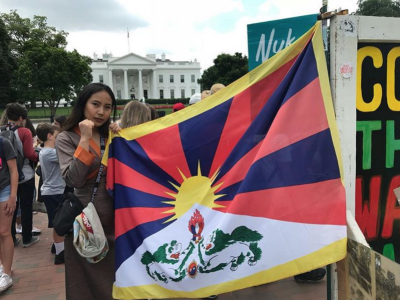