“We Are Taking a Moral Stance Against Censorship”: Jordanian Website Defies Media Law 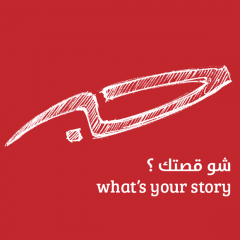 Written by Lina Ejeilat, Editor-in-Chief of 7iber, a media and human rights advocacy platform in Jordan.

Despite the ban, or perhaps in part because of it, 7iber went through some exciting changes and developments. While we’ve always sought to inform, inspire, and engage communities to foster a more open society, this unexpected turn prompted us to expand our research on internet governance and digital rights. We organised workshops on journalism ethics and standards as part of our media monitoring project “Ghirbal“. We took on censorship in its different forms with pieces like this infographic on legal boundaries of freedom of expression and this interactive feature on activists on trial before the State Security Court. We learned a lot.

Recently, we began a series of data-driven stories related to website licensing. When we asked the Jordanian Media Commission for data and documentation to fuel the project, our journalists did not conceal who they were or why they wanted the data. The Commission was very cooperative and provided us with most of the documents we requested. Is this what caused them to block us today? We don’t know. By reminding them that we exist and are up and running, were we asking for it?  Or did the content we publish ruffle some feathers? Was it the recent change of management at the Commission? Who knows. It was no secret that we had been bypassing the ban through 7iber.org, and it was clear that the powers that be decided to let us operate, until today.

Just like last year, no one informed us officially that we were going to be blocked. We learned this through sources at Internet Service Providers who received the blocking order from the Telecom Regulatory Commission (see documents below).

What qualifies as “online publication”?

Last year, on June 1, 2013, the Press and Publication Department blocked over 200 news websites. The decision to block 7iber came one month later, on July 1. This was based on article 49 of the amended Press and Publication Law, which states that any website that publishes “news, investigations, articles, and commentary related to the Kingdom’s internal or external affairs” must obtain a license, with the approval of  the director of the Press and Publication Department (now the Media Commission). The law grants the director the authority to block unlicensed websites without a court order, a direct violation of article 15 of the Jordanian constitution.

The above definition of an “online publication” can apply to a wide range of websites — not only local and foreign news sites but also blogs, Facebook pages, YouTube channels, and Twitter Accounts. The government said the law only applies to “news sites”, but the law states no such thing. This was clearly just a political decision at the time. Of course 7iber is not and never was a news site, but after discussions with the head of the Press and Publication Department at the time, Fayez Shawabkeh, we learned that the government equates any political content with news. In Jordan, if you want to talk about politics, you need a special government license.

Most of the blocked websites immediately resorted to licensing in order to get back online, and today the number of licensed websites among those originally blocked has reached 160, according to figures from the Media Commission. Some websites, 7iber included, challenged the ban in court, but the cases were dismissed, forcing these websites to seek licenses or face obsolescence. 7iber chose not to and continued to operate via 7iber.org, fully aware that the government could decide to block this alternate domain any moment. It took them a whole year to do it.

The Jordanian government says that by blocking websites, it is simply implementing the law. Many people have asked us: Why don’t you just get licensed?

Why we will not seek a license for 7iber

In brief, we are taking a moral stance against censorship. We are not against registration; 7iber is registered as a limited liability company with the Jordanian Ministry of Trade and Industry. We are transparent in our work. Our funding sources are clearly stated on our website, and our team members are all identified. We take full responsibility for what we publish and we seek to produce high-quality professional content that respects our audience.

What we oppose is the licensing requirement, which requires every publication or website to get permission from the government in order to operate. The requirement to license is one of the oldest tools of government censorship and restriction of freedom of expression. How could it be that in the digital age of self-publishing, social media and citizen journalism, you have to get government permission to publish online? Does it make sense that in order to get that permission, you have to have an editor in chief who  has been a member of the official press association for at least four years?

Even if we did – hypothetically – want to get licensed, we could not  fulfill the requirements. While the Press and Publication Law was amended in September 2012, the Jordan Press Association (JPA) law was amended just two months ago. This law, before getting amended, required as a condition of membership in the JPA that the journalist gets “trained” by an “official” media entity. It didn’t matter if you had a graduate degree in journalism or if you worked with an international news agency or an online media entity. To make things more absurd, the Press and Publication Law prohibits the practice of journalism by anyone who is not a JPA member, which means that unless you were trained by state media, you couldn’t be a journalist in Jordan. It goes without saying that this law wasn’t enforced — there are many practicing journalists in Jordan who aren’t JPA members.But like other laws in Jordan, it’s there to be used when the authorities feel like it.

Many of the websites that got licensed resorted to finding an editor in chief that meets the JPA membership condition and hiring them on paper, for licensing purposes only. The Press and Publication Department turned a blind eye to numerous violations of the law at the beginning because they wanted to license as many websites as possible to give the law legitimacy.

We’re not criticising mechanisms websites use to overcome getting blocked. When you have a restrictive law that violates constitutional principles of freedom of expression and press freedom, fighting it is not only legitimate but necessary. How can we talk about the rule of law in the absence of true democracy? When you have an election law designed to produce a politically weak and unrepresentative parliament,whose members engage in gunfights and are more concerned with where they’re seated than with actual legislation, what can you expect from the laws it passes?

The vague and inapplicable clauses in the press law open the door for government to implement it randomly and arbitrarily. All of this intentionally creates a chilling effect. And as we know, self censorship is more effective than any government censorship.

7iber.org is blocked inside Jordan, and we have moved to 7iber.net, for now. We’re exploring different available options, but whatever solution we pursue, nothing will shake our belief in freedom of expression and press freedom and their role in speaking truth to power and pushing the boundaries for a critical public debate.