Ukrainian Facebook users have complained to Mark Zuckerberg himself that their accounts are being blocked on the site in droves—and they're blaming the Kremlin's bot army.

A group of Ukrainians has had enough of what they say is politically-motivated blocking of prominent Facebook users. Several well-known pro-Ukrainian activists who are critical of the Kremlin and the pro-Russian rebels in Eastern Ukraine have had their Facebook pages blocked in recent weeks. Users believe the pages, which in no way violate Facebook's terms of service, were blocked due to an unusual amount of complaints filed by what they call “organized pro-Putin groups of Russian users.” The Ukrainians, incensed at these attempts to shut them up, have composed a letter addressed directly to Facebook's Mark Zuckerberg. The letter has been circulated on the social network, and has been shared over 900 times during the past 24 hours.

In the letter (composed in English), Ukrainians remind Zuckerberg of the importance of sites like Facebook in the information war waged between Ukraine and Russia.

Among total informational blockade and aggressive pro-Russian propaganda, Facebook remains probably the most important channel for delivering the information about the events at hotspots of this war, as well as the only way of communication between those Ukrainians, who reside on the territories, currently occupied by the Russian military forces.

The authors of the letter also address several recent cases of blocking, like that of Sergii Ivanov, an outspoken blogger from Lugansk, whose account was blocked after he posted an appeal to the mothers of Russian soldiers, asking them not to let their sons participate in military activity against Ukraine. Ivanov's account was blocked three times during the month of August alone. On August 26, another popular Ukrainian blogger Alex Zavodyuk also discovered his page was blocked. These netizens, like dozens of others, have been posting outspoken and provocative critiques of Russian involvement in the conflict in Ukraine, as well as exposing evidence of Russian presence on Ukrainian soil.

The group behind the appeal to Zuckerberg believes the blockings are a direct result of Russian intervention and are perpetrated by mass complaints from “organized groups of fake users, registered on the territory of Russian Federation.” This is a reference to the infamous “Internet Research Agency,” a Russian base for worldwide internet troll operations, exposed in a Novaya Gazeta investigation in 2013, and later corroborated by leaked emails from whistleblower collective Shaltai Boltai.

Speculations are rife about the scale of Russian meddling, and some users suggest there is evidence in the form of newly registered Facebook accounts with IP addresses traced to the office of the Russian troll army headquarters, “Internet Research Agency,” in Saint Petersburg. Ukrainian user Mykola Voskalo on FB quotes his ‘intelligence sources’ and says these accounts have little to no personal information, but, strangely, list Ukrainian cities as places of residence. He adds that the network's administrators are currently monitoring these pages for suspicious activity.

The increasing abuses of Ukrainians’ free speech on Facebook, the letter notes, are enabled by the fact that the Ukrainian segment of Facebook is currently managed out of the Russian office, headed by Yekaterina Skorobogatova. This situation, Ukrainian users say, invites manipulation and censorship, since the managing party might have conflicting political interests.

We have found out, that the Ukrainian segment of FB is administered by a person with Russian citizenship, the country, that is killing dozens of Ukrainians on a daily basis using heavy weaponry operated by Russian military. It is widely known, that Facebook corporation is a social network aimed at the freedom of speech and not propaganda. And to the best of our knowledge, Facebook’ activity is based on respect for dignity, civil rights and freedom of all people, regardless of their social status, racial or political affiliation. We are currently observing severe violation of these principals by the Russian administration of Ukrainian Facebook.

Ukrainians are now asking that Facebook appoint a different administrator for the Ukrainian segment of the network, ostensibly from a neutral country, which, unlike Russia, “has no vested interest in further escalation of the conflict.”

If the scale of complaint-enabled censorship of Ukrainian accounts is as massive as the letter suggests, it would merit a thorough investigation by Facebook. How exactly Zuckerberg or other Facebook functionaries will respond to the Ukrainian appeal is still unclear (at the time of publication, Facebook did not respond to a request for comment on the letter), but ignoring the allegations would go some way to undermine Facebook's purported reputation as the champion of free speech. 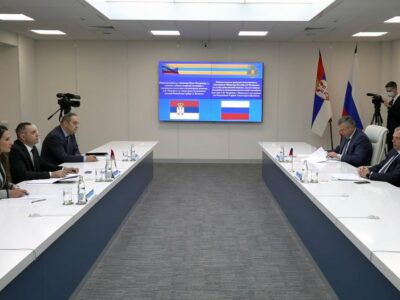