When technology companies leave their code open and visible to the public, they are essentially allowing tech experts, regardless of who they are or where they’re from, to examine it first hand, identify flaws, and propose solutions. Companies like Mozilla allow experts to see and borrow their code; they also rely on user feedback to keep their products strong in the constantly evolving ecosystem of online security. These kinds of systems can work really well when companies recognize their value. But not all companies think alike.

In early June, Bangalore-based Indian tech blogger and programmer Thejesh GN noticed some unusual code traveling through the network of Bharti Airtel, one of India’s leading mobile phone providers. Upon close examination, Thejesh found that Airtel was injecting a script into browser sessions that could track users and leave them vulnerable to security threats. He published his findings on GitHub, a U.S.-based Web platform for sharing code and technical research.

Within a few days, Thejesh received a cease-and-desist letter sent on behalf of Flash Networks, the Israeli technology company that built the script and evidently had sold it to Airtel. The letter, which copied local police, demanded that Thejesh remove the code from the Web, alleging that he had infringed copyright—an absurd claim given that the code was publicly available until Thejesh published it on GitHub. The letter further accused Thejesh of violating India’s penal code and its infamous Information Technology Act, which criminalizes online activities ranging from malicious hacking to publishing “obscene” materials online. TechDirt’s Mike Masnick berated the company for its response:

If Flash Networks thinks that showing the code that it dumps into each of your browsing sessions is criminal copyright infringement, just about anyone who does a ‘view source’ could be guilty.

Airtel later explained to the Economic Times of India that the script was intended to track user behaviors for monetization purposes, but said it was “surprised” by Flash Networks’ legal claim. To add insult to injury, GitHub caved to a copyright claim filed by Flash Networks in the US and officially removed Thejesh’s findings.

Now represented by the Alternative Law Forum, the blogger has since replied to the cease-and-desist letter. He notes that his decision to publish the code was consistent with industry protocol, refuses liability for the originally stated claims, and requests a formal apology.

The many twists and turns in this story touch nearly every major aspect of Internet policy today—free expression, privacy, technical security, intellectual freedom—and the role of private companies in regulating these rights. Although Thejesh’s response to the letter condemns Flash Networks’ for preventing “an open discussion on an issue of immense public interest,” a quick perusal of the open-source tech blogosphere suggests that the attempts to hush the conversation have had the opposite effect.

As the Saudi-led assault on Houthi rebels in Yemen continues, Internet users have reported difficulties accessing Twitter, Facebook and YouTube, raising fears that the sites may have been blocked. An official at the Houthi-controlled Telecommunications Authority denied any blocking of social networking sites, blaming ‘acts of vandalism’ against fiber optic cables instead. While it's difficult to get a complete picture of the situation, previous reports from technical experts have shown that airstrikes and other attacks involving explosives have indeed damaged the country’s physical Internet infrastructure. One way or another, it appears that three quarters of the country’s bandwidth capacity is now out of service. The Houthis have previously blocked a number of local and regional news sites presumably due to their coverage of the conflict.

Robert Shaka, a Ugandan information security consultant, was jailed for allegedly making comments on the politically charged Facebook page TVO-Uganda, suggesting Ugandan President Yoweri Museveni is sick. But according to several sources, including the TVO-Uganda page, authorities arrested the wrong person. Shaka has been in prison for well over a week after being denied bail.

Police in Hong Kong arrested nine social media activists for violating Section 161 of the criminal code, which prohibits “access to a computer with criminal or dishonest intent.” Supporters see this as an attempt to crack down on the online discourse concerning universal voting rights, an issue currently under deliberation by lawmakers.

Several technology companies including Samsung, Lenovo, and eBay appear to have suddenly conceded to demands that they store their data locally within Russia. The country’s new data localization law is scheduled to take effect on September 1, 2015.

No pirates down under?

Net neutrality back on in the US, at least for now

Net neutrality rules went into effect in the US last week, making it possible for customers to issue complaints against their Internet service providers for violations of the policy. In response, several Internet service providers are suing the government for overstepping its authority by laying down the new rules. However, last week a federal judge decided not to grant their request to put a temporary hold on the rules until the suit has been heard.

Chinese dissident and artist Ai Weiwei and the Tor Project’s Jacob Appelbaum jointly collaborated on an art project, titled “Panda to Panda,” in which the two men shredded copies of the Snowden documents and systematically replaced several toy pandas’ fluff with the shreddings. The project was commissioned by Rhizome and the New Museum in New York, and Academy Award-winning filmmaker Laura Poitras produced a short documentary about the creative process.

Pakistani digital rights activist and lawyer Nighat Dad was nominated to the list of TIME’s Next Generation Leaders, a program that promotes the work of inspiring youth leaders. Dad was nominated for her work protecting women from online harassment and raising awareness about digital rights and online privacy, particularly among human rights defenders and women. She is the founding director of the Digital Rights Foundation Pakistan. 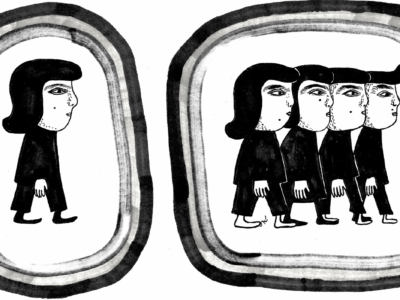 Press Freedom and the Indian Judiciary