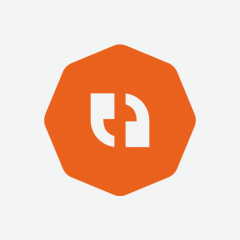 The block page that appears when you try to access a webpage in Iran. Image provided by Frederic Jacobs.

Iran’s pervasive internet filtering system makes circumvention tools necessary for many run-of-the-mill online activities, such as posting a status update on Facebook. This requirement can make using the internet in Iran a persistent and frustrating challenge. Luckily for Iranian netizens, there are resources available to help them gain access to blocked sites. Small Media’s latest Iranian Internet Infrastructure and Policy (IIIP) Report examines one such resource, known as Filtershekanha.

Filtershekanha, which roughly translates to “filter breakers,” is a mailing list which sends its subscribers biweekly updates on the latest circumvention tools and provides instructions on how to download the required software. There are many other sources of access to circumvention tools for Iranians, but with over 100,000 subscribers, Filtershekanha serves as a compelling case study in how Iranians evade internet censorship. Before going into the findings of the study, a bit of background is in order. Small Media spoke to Filtershekanha founder Nariman Gharib via an email interview to find out how the project came about.

Filtershekanha began with Iranian internet researcher Nariman Gharib asking Iranian Twitter users for their email addresses so that he could send them Lantern, a new circumvention tool. An Iranian journalist suggested that Gharib could streamline the process by setting up a mailing list to distribute information about the required software. Gharib took this idea and ran with it, creating a mailing list that offers many circumvention tools alongside Lantern.

The benefit of using a mailing list – as opposed to, say, a Twitter account – to distribute circumvention tools is that a mailing list is extremely difficult for the government to block. This accessibility has allowed for rapid growth: Filtershekanha’s first newsletter, sent in late February 2014, reached 11,546 people. Today, the mailing list has over 100,000 subscribers. Whatever the reason for Filtershekanha’s surge of subscribers, it illustrates the high demand for information about circumvention tools in Iran today.

The graph below illustrates the download statistics for circumvention tools from Filtershekanha’s servers for 2015 thus far (January to July). We examined the trend over time, and picked out periods when there was a spike in download requests. After making a list of all the periods of increased activity, we cross referenced the list with a timeline of documented instances of content filtering or access disruptions. After making a list of all the periods of increased activity, we cross-referenced
the list with a timeline of documented instances of content
filtering or access disruptions. Small Media did this exercise to see
if any correlation between documented filtering actions and circumvention
tool downloads can be observed. Visualisation from author.

As the graphic below illustrates, Filtershekanha’s three most popular circumvention tool providers in 2015 thus far have been Hotspot Shield, Psiphon, and F-secure. It is interesting to note that Hola also received a good number of download requests, suggesting that Iranian users are either unaware of – or untroubled by – recent news that the platform might not be the safest choice. The relative popularity of Hola furnishes further evidence that Iranians tend to be more concerned about access than security, a hypothesis we’ve put forward before.

Among the top 20 circumvention tools downloaded from Filtershekanha’s servers in 2015, 14 are tools for mobile phones, while only 6 are intended for desktop (or laptop) computers. This finding comports with Small Media’s prediction earlier this year that censorship battles will increasingly be fought on mobile devices. Calculating form the number of downloads in 2015, these are the top 20 circumvention tools. Visualization from author.

While it is difficult to prove a causal connection, Small Media’s research suggests that reports of filtering activity tend to correlate with increases in download requests for Filtershekanha’s circumvention tools. Indeed, some of the sharpest increases in download requests occurred during periods where there was either considerable service disruption on social networking apps, or when reports of such disruption were discussed in Iranian media.

In terms of specific tools, it is notable that TOR – which offers some of the strongest privacy and anonymity protections of any circumvention tool – did not make the top 20 tools downloaded this year. This suggests that Filtershekanha’s subscribers subscribe to our previous assertion about digital security -users care more about gaining access to blocked content than ensuring the security of their online activity.

Small Media is an action lab helping the free flow of information and creative expression in closed societies, with training, technology and research initiatives that focus on Iran.