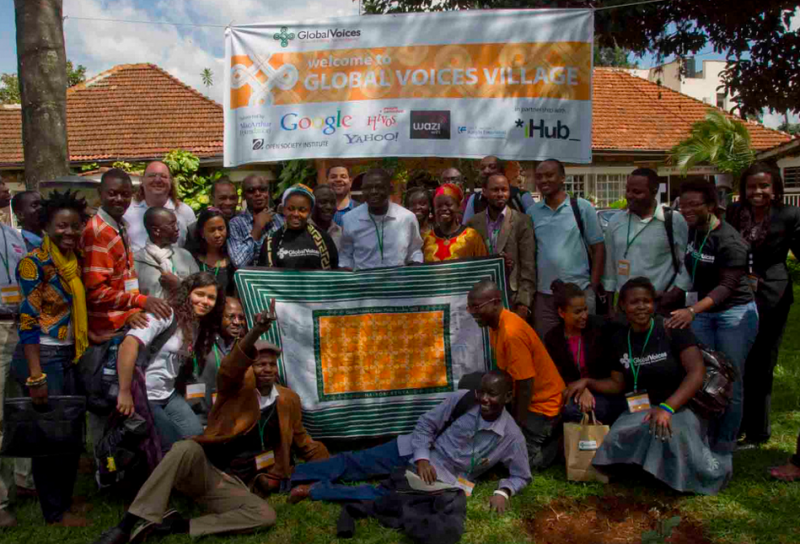 The Global Voices community is overjoyed that Ethiopia’s Zone9 bloggers were acquitted by an Addis Ababa court today. The bloggers spent 18 months in prison, mostly awaiting trial on baseless charges of terrorism.

The four bloggers had all contributed to Zone9, a collective blog that covered social and political issues in Ethiopia and promoted human rights and government accountability. They were arrested in April 2014, along with five other colleagues, and eventually charged under Ethiopia's infamous Anti-Terrorism Proclamation, which has been used to imprison several prominent journalists and bloggers who have written critically about the ruling EPRDF party.

In 2012, the Zone9 collective began working with Global Voices to build Global Voices in Amharic, the most commonly spoken language in Ethiopia. Endalk Chala, a founding member of the group who began a doctoral program in the United States several months before, and thus was spared arrest, was overwhelmed by the news:

I'm thrilled by the news, but the struggle is not over yet. I'm trying to compose myself to understand what happened throughout the entire period of the trial….it's a relief for me and for my colleagues and for all of us, but still there is a lot of work to do.

Everyone at Global Voices is thrilled to hear of the acquittal of our colleagues who've been unjustly held for a year and a half. While we are thrilled for them and their families, we remain deeply concerned about Ethiopia's climate for online speech.

Five members of the original group were absolved of all charges and released on July 8, 2015. The fate of the remaining four remained unknown until today, October 16. Of the four acquitted today, Befeqadu Hailu—also a Global Voices author—is still to be cleared of a remaining charge under Article 257 of the Ethiopian criminal code. Sources close to Befeqadu believe it is unlikely that he will need to serve additional time in prison.

It feels strange to rejoice over this acquittal from charges that never should have been filed at all, especially while many other bloggers and journalists remain behind bars in Ethiopia

A stark example of Ethiopia's broken justice system and total disregard for freedom of expression, the case united Ethiopians on social media under the #FreeZone9Bloggers hashtag, which has remained a force on Twitter since the day of their arrest. Global Voices published multiple testimonial narratives written by the bloggers and smuggled out of Kilinto prison, gave the case continuous news coverage, and helped lead social media marathons and a selfie campaign on Tumblr.

The Media Legal Defence Initiative, the Committee to Protect Journalists, Article 19, Human Rights Watch and many other human rights groups supported the case through public appeals and legal interventions on the bloggers’ behalf. Advocacy Director Ellery Roberts Biddle saw the news as an inspiration to continue working for human rights online:

I’m so proud of all that the Global Voices community has done to support and shine light on this case….Supporters have built incredible momentum around the #FreeZone9Bloggers campaign and hashtag. Let's use this to keep moving forward, pushing to protect human rights in Ethiopia and around the world.