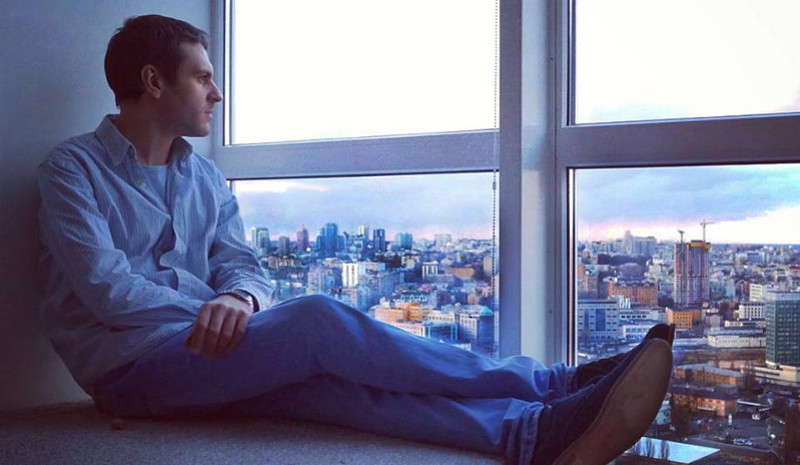 Dmitry Shipilov in Kyiv, Ukraine in August 2015. Image from Facebook.

Dmitry Shipilov, a Russian journalist and blogger who was previously charged with insulting the governor of Siberia's Kemerovo region in posts on his blog, has been granted political asylum in Ukraine.

Shipilov, who first applied for Ukrainian asylum in February 2015, when crossing the border between Belarus and Ukraine, reported the news on his Facebook page. 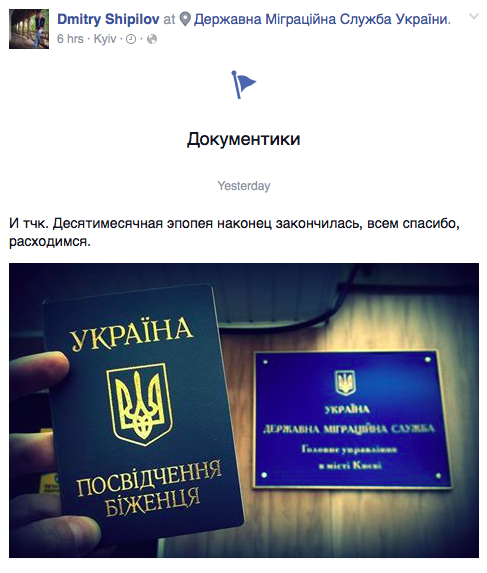 And full stop. The ten-month epic journey is finally over, thank you, everyone, time to break up this party.

The blogger, himself from Kemerovo, was first charged with “insulting a state official in public” in 2012 for critical blog posts about the governor of Kemerovo Aman Tuleyev and the local culture and national policy department head Larisa Zauervain. The court sentenced Shipilov to 11 months of community service, but Shipilov refused to acknowledge his verdict and escaped to Moscow.

Though living incognito in Moscow initially proved to be possible, on September 10, 2014 the blogger was apprehended by law enforcement. Because Shipilov had escaped from the initial community service sentence, the Kemerovo court issued a three-month prison sentence instead, and he was moved from Moscow to a Kemerovo penal colony. On December 29, 2014 Shipilov was released after the full three-month imprisonment term ran out. The blogger left Russia in February 2015.

Replying to congratulatory comments on Facebook, Shipilov noted that while the asylum-seeking procedure took him over 10 months and several attempts, he managed to do it on his own, without soliciting help from lawyers. The blogger does not intend to return to Russia, fearing further persecution.