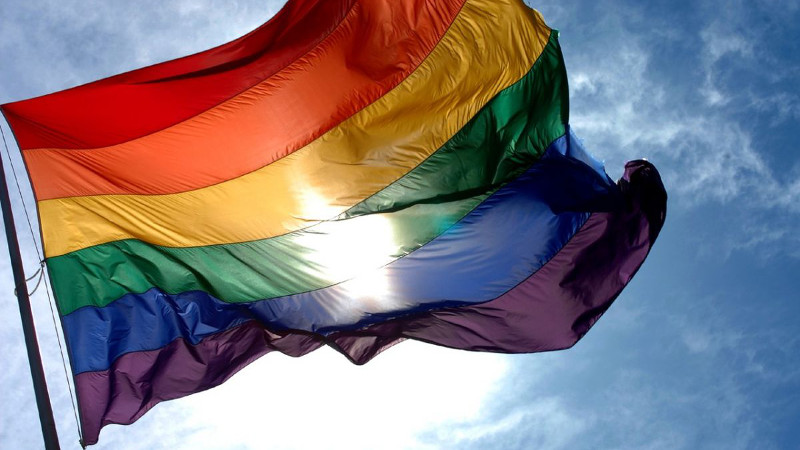 A rainbow flag, a common LGBT symbol. Image from Flickr, CC BY 2.0.

A Murmansk magistrate court has found activist Sergey Alekseenko guilty of distributing “propaganda of homosexuality among minors” on the Internet. He must now pay a fine of 100,000 rubles (approximately USD $1,260).

In December 2015 Alekseenko, the former head of the LGBT friendly non-profit organization Maximum in the north western province of Murmansk, was charged with violating Russia's law against propaganda of non-traditional sexual relationships among minors. The charges against Alekseenko were based on a post on the organization's VKontakte page. The Russian LGBT Network reports that the plaintiffs in the case against Alekseenko were parents of minors who had allegedly visited the VKontakte page and were exposed to the post.

The offending sentence in the VKontakte post read: “Being gay means being a brave and confident person who has dignity and self-esteem.”

The offending sentence read: “Being gay means being a brave and confident person who has dignity and self-esteem.”

Interestingly, this so-called “propaganda” came from a report by Roscomnadzor, Russia's state media regulator, on Elena Klimova, the founder of “Children-404″ LGBT youth support group. Klimova faced the same charges as Alekseenko, and under similar circumstances.

In the report on Klimova's case, Roscomnadzor asserted that the materials shared by the group “may lead children to believe that being gay means being brave, strong, confident, determined, having self-esteem and self-worth…”

Since the verdict was issued, Alekseenko has criticized the decision, saying authorities violated procedural rules during the court case, since neither the minors nor their parents had been questioned.

Alekseenko also pointed out that the initial administrative charges were filed against him as the head of an organization which no longer exists. In October 2015, after being labeled as a “foreign agent” by Russia’s justice ministry, Maximum ceased its activities as an organization. Additionally, Maximum’s page on VKontakte is marked “18+” which means visitors to the page must confirm they are over 18 years old before they can view its content.

Russia's law banning “distribution of propaganda that promotes non-traditional sexual relationships to minors” was adopted in June 2013. The Federal law arrived soon after several Russian regions had adopted local administrative sanctions against the promotion of homosexuality.

In November 2015, two Russian Duma deputies from the Communist Party proposed an amendment to the Code of Administrative Offenses, which would place a ban on “public expression of non-traditional sexual relationships” such as holding hands or kissing—the most overt legislative attack on homosexuality in Russia to date. A number of Duma deputies spoke out against the bill, and on January 18, 2016 the Duma's committee on constitutional legislation ruled to drop the bill in first reading.