Did a Text Message Lead to the Arrest of This Recently Released Iranian-American Prisoner? 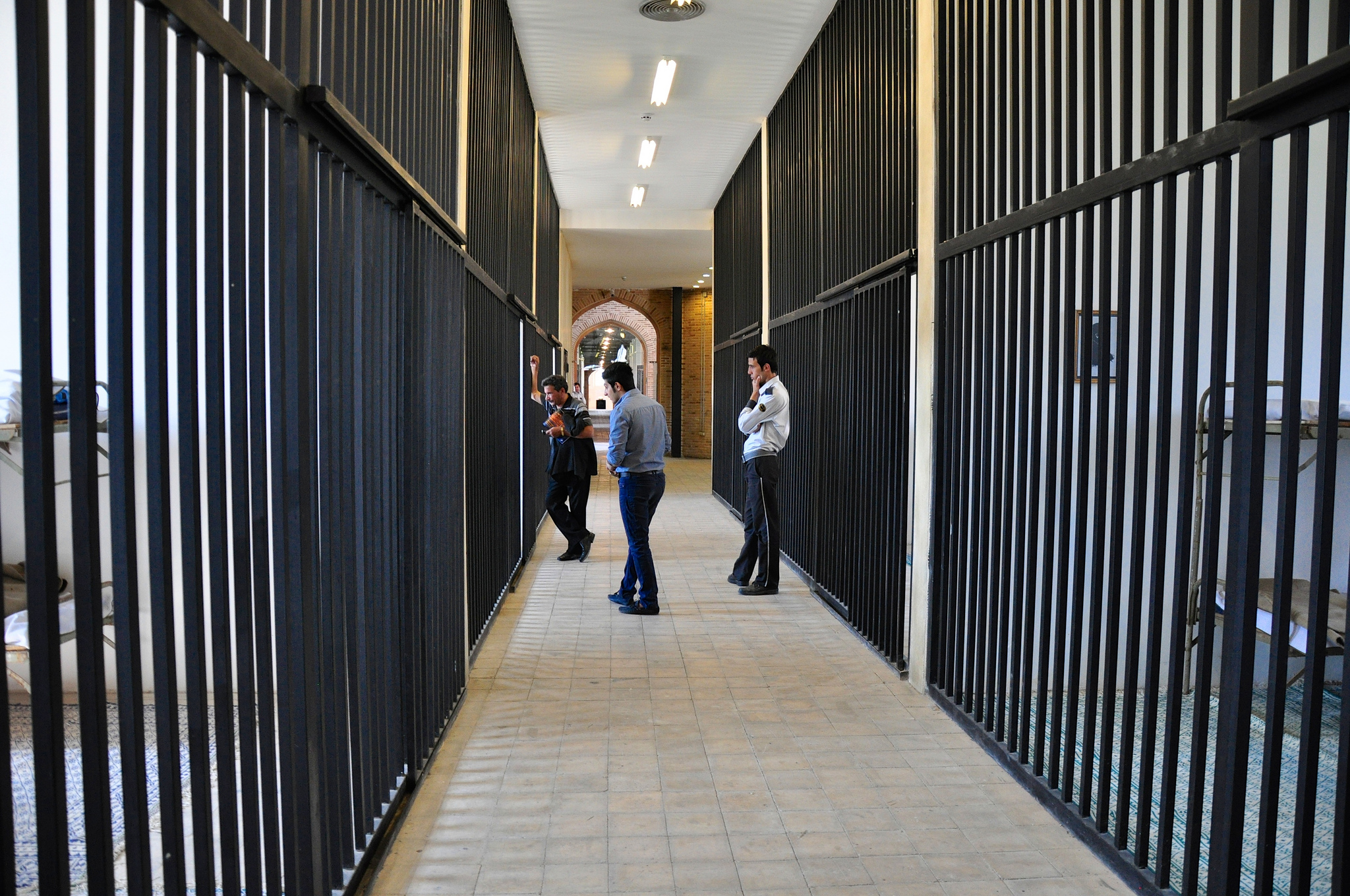 Guards looking into a prison cell in Iran. Photo by Babak Farrokhi on Flickr. (CC BY 2.0)

Details of the arrest of Iranian-American Nosratollah Khosravi-Roodsari, the fourth person released in the January 18 prisoner swaps between Iran and the US, have surfaced in a report by the independent news site IranWire.

The prisoner, relatively unknown compared to Washington Post journalist Jason Rezaian, the former US marine Amir Hekmati and pastor Saeed Abedini, appears to have been arrested due to mass surveillance of SMS messages by Iranian authorities.

News about the prison exchange broke right before long-standing economic sanctions on Iran were lifted on January 18 as part of a historic nuclear deal reached between Iran and the US in July of last year.

IranWire reports that Khosravi-Roodsari, who was Iranian-born but moved the US in the early 1980s, began work as a freelance consultant for the US Federal Bureau of Investigation (FBI) in 2013. Shortly thereafter, he returned to Iran to visit his mother, where remained and began teaching English.

Through interviews with Khosravi-Roodsari's family and his cellmates, IranWire explains:

One night, at a gathering with friends, Khosravi saw a report on BBC Persian television about Robert Levinson, a CIA consultant and former FBI agent who disappeared in Iran in 2007. Khosravi sent a text message to an FBI contact indicating that he knew Levinson’s whereabouts. Later, during interrogations and in conversations with cellmates, Khosravi said that he sent the message under the influence of alcohol, which is illegal in Iran. His cellmate and family members say that Khosravi had no information about Levinson’s fate, and had simply lied to impress his FBI contact. The Iranian government has denied any knowledge of Robert Levinson’s disappearance, a claim that appears to be accepted by the White House.[..]

Despite the government’s denial of knowledge of Levinson’s whereabouts, his case seems to be a thorny issue for the authorities. The words “Robert” and “Levinson” are reportedly keywords monitored by Iranian intelligence. All cell phone providers in Iran are either owned by or affiliated with the Iranian government. According to security experts, Iranian intelligence, similar to NSA, collects and monitors millions of text messages everyday. Khosravi’s cellmate and his family members believe Khosravi was under surveillance from the moment he sent his FBI contact a message about Levinson.

Khosravi’s lawyer told IranWire that he was charged with espionage and sending “secret information” to “a hostile government” by intelligence officers.

Iran practices different methods of government data collection, from DPI to telephone wiretapping, to collection of all unencrypted data that flows through the Telecommunications Company of Iran (TCI), in charge of mobile and telephone communications as well as the main ISP of Iran through the Data Communication Company of Iran (DCI). In essence, all unencrypted traffic through phones and the Internet is subject to government access.

Another notable case of mobile phone data collection leading to an arrest is the case of Isa Saharkhiz in 2009, who was hiding from authorities due to his involvement in the Green Movement protests.

Both Iran's constitution and criminal code uphold the right of citizens against unlawful surveillance. See Article 25 of the Constitution and Article 104 of Iran's Criminal Code of Procedure.

This case highlights the tenuous conditions for freedom of expression and free flow of information in Iran and the need for digital security precautions among Iranian Internet users.