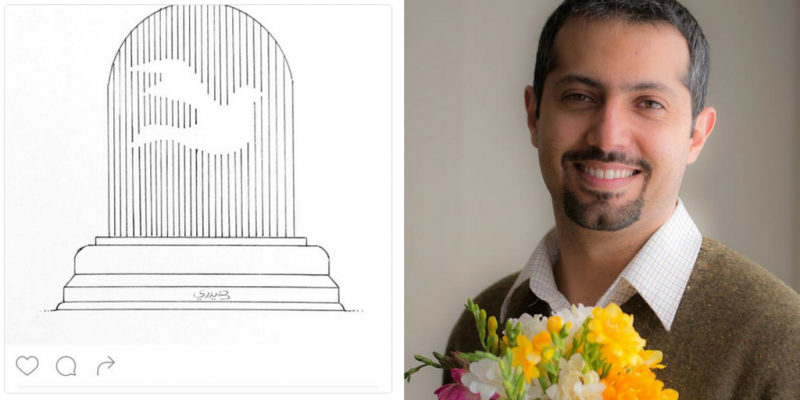 Iranian cartoonist Hadi Heidari has been freed from prison. The artist announced his release on Tuesday, April 26, in a post on Instagram, where he also thanks his friends and supporters from standing by him during his incarceration.

Hello to freedom! By the grace of God, I was released from Evin Prison tonight after serving time. Thank you all for the kindness. I am extremely grateful to all my friends who supported me and my family during this time. Thank you. I hope I am worthy of your kindness.

Heidari gained international attention for his cartoon marking the November 2015 attacks in Paris, which left more than 120 people dead. Shortly after the publication of the cartoon, he was arrested. 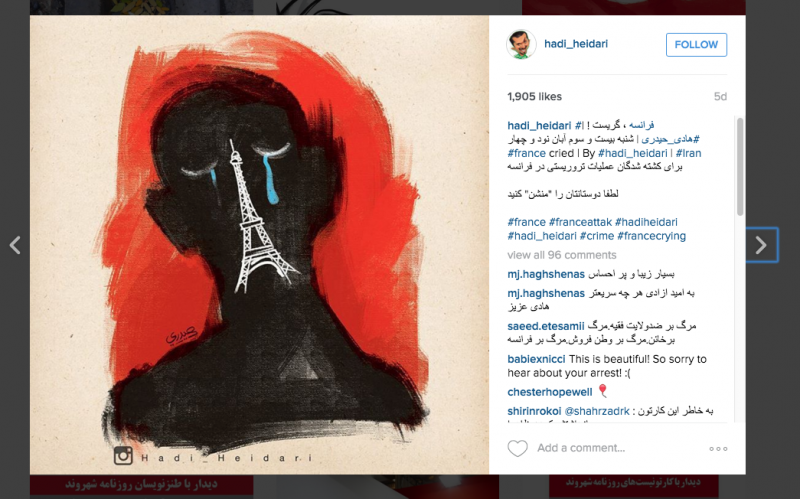 Heidari's release marks the end of only his most recent problems with the Iranian authorities. He was first arrested in 2009 in the wake of presidential elections and again in December 2010.

That said, Heidari is no stranger to controversy. His cartoon, The Blindfolded Men, published in Shargh News, also landed the newspaper's publisher in prison in 2012. Some saw the cartoon as an insult to the veterans of the Iran-Iraq war. The day after the cartoon was published, Heidari was summoned to testify in court. (The newspaper and the publisher were ultimately acquitted of all charges.)

Iran still has artists locked up, though. For instance, Atena Farghadani, another cartoonist, remains in prison. On Monday, April 25, she heard that her 12-year sentence has been reduced to 18 months. She is scheduled to be freed from prison in mid-May.