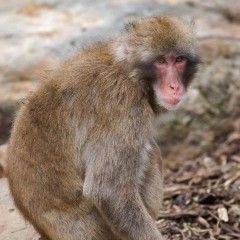 “I really hate my parents for giving me such beautiful face!” Screen capture of Papi Jiang's performance from “You have no idea the pain of being a beauty”.

If you're aren't active on the Chinese web, it's likely you haven't ever heard of Papi Jiang. She's one of the most popular online celebrities in China, known for her fast-talking satirical videos that mock everyday life, relationships, movies and social issues.

In China, such fame doesn't go unnoticed by authorities, however, and last month she was the target of the country's Internet censors, who took down some of her videos from Youku, China's most popular video platform.

Behind the Papi Jiang avatar is 29-year-old Jiang Yi Lei, who graduated from China's Central Academy of Drama. Her videos, in which she delivers comedic monologues or imitates high-profile figures or celebrities in her trademark high-pitch, rapid-fire voice, have earned her 11 million followers on social media site Sina Weibo.

Papi Jiang started posting videos in October 2015, and within months she became a top online celebrity. She proudly identifies herself as “leftover woman” (sheng nu), a derogatory term used to describe single women who are over the age of 30. Many of her popular videos center on the frustrations of young urban women in their careers, family and romantic relationships. She often curses and uses vulgar language in her performances.

Below is a typical video from Papi Jiang, this one uploaded to YouTube. The one-and-a-half-minute video is a satirical monologue titled “You have no idea the pain of being a beauty”:

The foul language in her videos is officially the reason why China's State Administration of Press, Publication, Radio, Film and Television (SAPRFT) took down most of her videos from Youku last month. The censors said if she removed her use of expletives, her videos could go back up.

Just one month before her videos were taken down, she received RMB 12 million yuan (about US $1.83 million) from a number of venture capital firms that invest in social media products. While some thought the SAPRFT's actions would hamper Papi Jiang's career, she still managed a few days after she was censored to sell advertising space on her weekly videos on April 21 for RMB 22 million yuan (approximately US $3.5 million) in an auction run by Ali Auction, an affiliate of the e-commerce giant Alibaba.

Since then, most of her videos have been restored online with the vulgar language edited out.

China not only has the world's largest Internet user population, but also the largest online video user base. According to Internet giant Tencent, the country's online video users reached 461 million by June 2015, and the video market accounted for RMB 11.53 billion yuan (US $1.9 billion dollar) in the third quarter of 2015.

That figure will continue to rise as the Internet population keeps growing. The China Internet Network Information Center's latest report shows that China had 688 million Internet user by end of 2015, and the penetration rate has reached 50.3 percent. A total of 90 percent of the users access the Internet via mobile phones, a device that favors the consumption of information through visual and audio means.

In the US, Internet content providers such as Netflix, Amazon and Hulu have been producing their own programs in order to lower the costs on copyright licensing. A similar trend is happening in China. Internet content providers are now competing directly with state-owned television producers. Yet smaller scale firms find it difficult to make a profit due to the high costs of production, bandwidth and copyright licensing, so more and more production teams have started using Youku and Tudou's video ad space to boost revenue. Papi Jiang is one of the most vivid examples of this model in action.