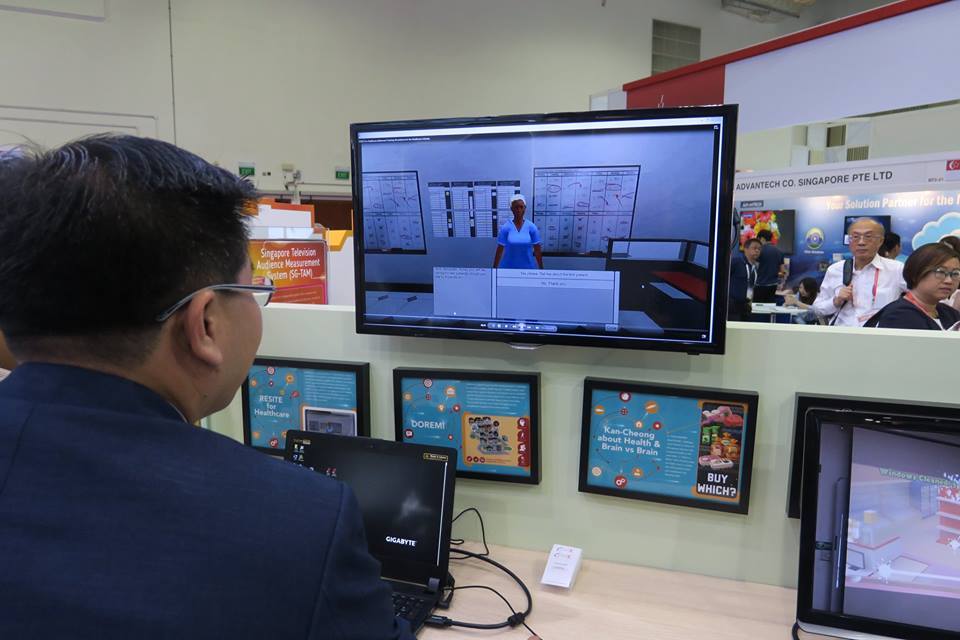 An estimated 100,000 computers in Singapore's government offices will be affected by the proposed ‘Internet surfing separation initiative.’ Image from the Facebook page of the government's Infocomm Development Authority

In the coming months, Singapore will begin a somewhat novel approach to improving cybersecurity in government offices. Instead of installing security systems or better securing infrastructure, the government plans to simply restrict Internet access in government offices. The plan, which is called ‘Public Service’s Internet Surfing Separation Initiative’, will be fully implemented by June 2017.

The government’s Infocomm Development Authority (IDA) said 100,000 computers used in public service will be affected by what some people are calling an “Internet ban”. Many Singaporeans expressed doubt about the practicality of the proposal. They fear it will undermine the government’s Smart Nation program which in turn seeks to improve the country’s Internet connectivity.

The government clarified that Internet terminals will be installed in offices if public servants need to access the web.

Government workers will also be allowed to forward unclassified work e-mails to their private accounts. They can also use their personal devices to connect online. Schools are exempted from the Internet ban.

Over the past year, the IDA monitored 16 cases of cyber attacks against government networks.

Prime Minister Lee Hsien Loong insists the proposed Internet ban is an ‘absolute necessity.’ In order to highlight the urgency of the situation, he became the first public servant to disconnect his work computer from the Internet. He urged the public to understand the rationale of the proposal:

We have become completely dependent on our IT systems… and we have to make sure that our system is secure. We can't get infiltrated, data cannot be stolen, somebody can't come in and wipe out your data or cause some other mischief.

We’ve reached this point, we’ve decided to do it. Are we happy? I don’t think so because it will slow us down in terms of day to day productivity. But in terms of security, safety of our system, safety of our citizens and information concerning them, it’s absolutely necessary.

To ensure the safety of the government’s IT infrastructure, there is a need for strong security interventions. But some netizens see the proposed Internet ban as drastic, unnecessary, and unwise.

Our civil servants will have the Internet cut off from their computers next year. Because we Smart Nation. pic.twitter.com/hyhuzmhblw

The powers-that-be might not have embraced the fact that the Internet is a socio-technical system. The clampdown is an attempt to minimise stupid human behaviour like security leaks by addressing the technical component. This will still allow ignorant people access to limited terminals and their own “smart” devices.

Computer security is important in the modern workplace, but it should not be an excuse to revert to dumb or blind practice. The very people that security policies seek to control are the same assets it needs to inform and educate instead.

IT architect Zit Seng countered that giving security trainings might be more effective than simply cutting public servants’ machines off from the global network:

But this is the modern age of the Internet. However hard you try to block the Internet, people will find a way. I’m not sure how successful the government is going to be.

I personally would have thought that education would be more effective, or at least worth a shot. Unless, that’s already been tried and flopped.

Facebook user Bilahari Kausikan thinks it is inaccurate to describe the proposal as an Internet ban since “what is being cut off is only the government's internal communication system and public officers will still have separate access to the Internet.”

For its part, the IDA assured the public that it is not completely removing Internet access in government offices and that public services, especially online transactions, will not be affected. To allay public fears and correct the misconceptions about the proposal, the IDA uploaded this infographic: 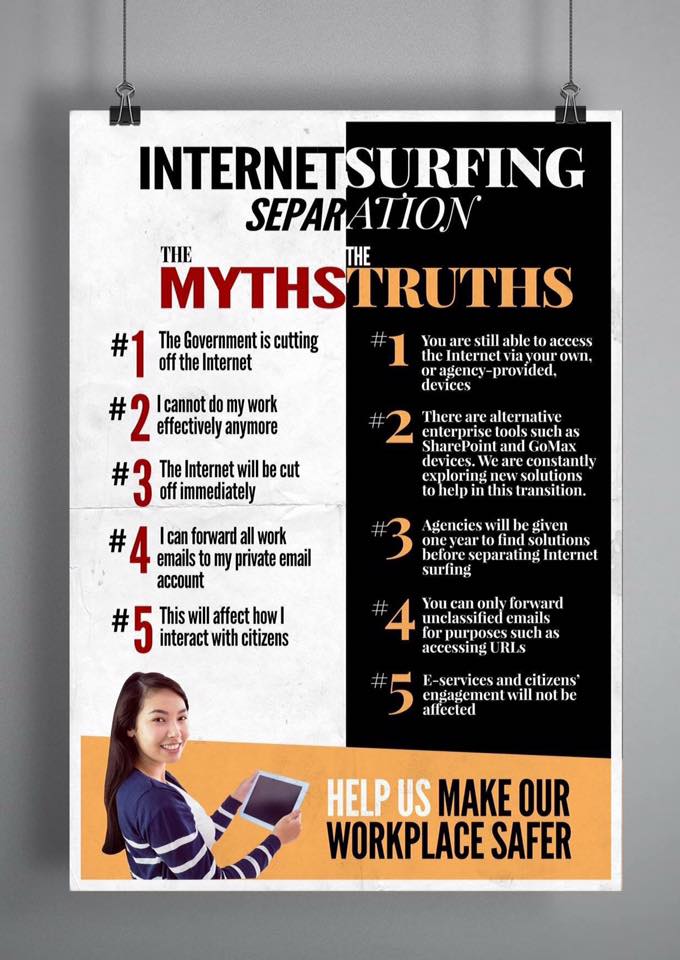