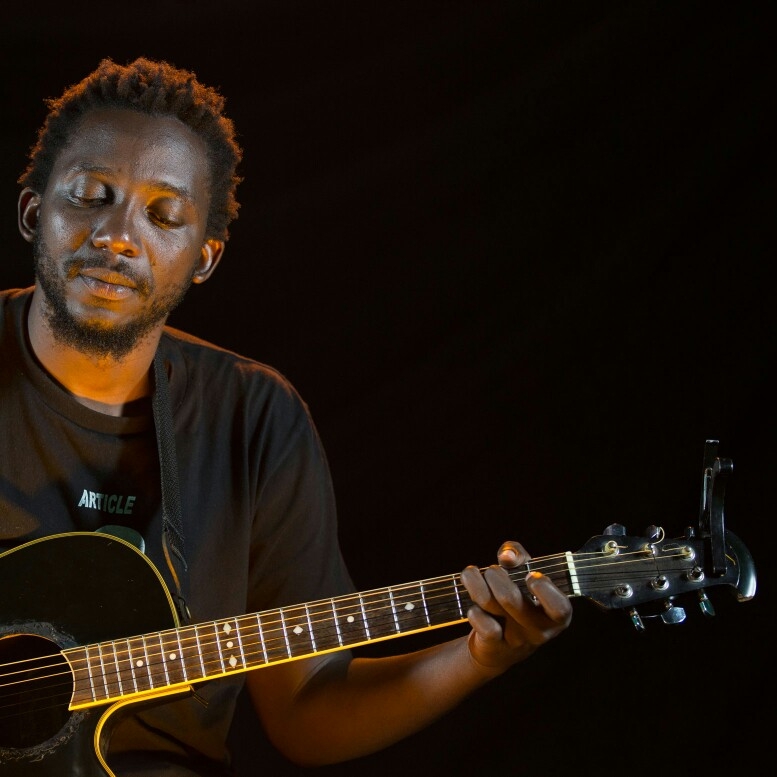 Maembe Vitali, Tanzania’s most passionate musician and activist, was arrested in Bagamoyo, Tanzania on June 7 and released the following evening according to Vitali's personal Facebook page as well as East African TV.

Vitali was charged with trespassing at the Bagamoyo College of the Arts (TaSUBa: Taisisi ya Sanaa na Utamaduni Bagamoyo) and disobeying police orders.

His case has been taken to court as the only ‘remedy’ to this perceived ‘security breach’ on campus.

Vitali suffered injuries due to excessive force by police and went to a private hospital for treatment on Thursday following his release on Wednesday evening.

Vitali explained that the police denied him the right to a “PF3,” a legal form confirming his injuries.

His arrest triggered an avalanche of online support by fans, colleagues, and fellow activists who posted photos and song clips, commiserated with the circumstances of his arrest and demanded his release through the hashtag #FreeMaembe.

The YouTube video below is a song, Vuma, by the musician. The song talks about corruption and the need for greater transparency:

Vitali's arrest occurred when students at the arts college staged a protest against school exams.

Student activists refused to sit for an exam administered privately by the college, instead demanding that the exam aligns with and is recognized by VETA (Vocational Education and Training Authority of Tanzania).

Vitali's outspoken disdain for fraudulent administrative practices at the College of the Arts has caused a breach between him and the college, where he once studied music.

Police said that Vitali ‘demanded to be let inside and when he was asked to leave, he refused.’

This is strongly contested by Vitali himself as well as Rose Peter Maigunga, a witness to Vitali's violent arrest.

Vitali is expected to appear at the Bagamoyo District Court on June 22 to defend his case.

Now in Dar es Salaam recovering from his injuries, his supporters are calling for help on his behalf.

Diana Kamara, a student at the University of Dar es Salaam, reported that Vitali is looking for legal assistance in Dar es Salaam or in Bagamoyo.

Art is not the boil [that will burst] the nation, rather, it’s a burden…This is our chance to get to the essence of our questions. Let’s have a dialogue about evil and powerlessness. And let’s not stop at the College of Arts in Bagamoyo — let’s also look at the state of Butimba College or the Department of the Arts at the UDSM [University of Dar es Salaam] or UDOM [University of Dodoma]. History can't overturn what happened, but this is our chance to explore — without fanaticism, egotism or exclusiveness  — how artists are not part of the problem. We ask, what is the position of art and culture in our country, both in terms of the government and society at large?

Kamara urged fans to listen, analyze and contextualize the messages inside Vitali's songs.

“It’s our collective responsibility,” Kamara explains, “to share Maembe's vision and message as widely as possible, as this is his ultimate motivation for creating his music in the first place.”

Kamara concludes, “Wherever Vitali is in the world, I am not worried, because [his activism] has opened our eyes. Yes, let’s show him compassion, but so that his arrest is not a waste, let’s all take it upon ourselves to get to work.”

Today Vitalis Maembe is beaten and attacked as if he is a robber. Is speaking the truth his crime?

My dear Maembe Vitali you are truely a Fighter.
AFRICA is proud to have you as a Son.
Sending you positive energy,quick recovery and lots of love.
Aluta Continua

You are not a soldier, you are not a rebel, they should understand that you are just a fighter… Yes, a fighter of a noble cause.

Maembe Vitali has made a name for himself as an activist, musician, teacher, life coach and counselor, promoting the arts as a powerful tool for political expression.

Known widely for producing and singing original songs about corruption and inequality, fans refer to Vitali as “Baba ya Ukweli” (“Father of the Truth”) and “Sauti Yetu” (“Our Voice”).

From 2012-2013, Vitali took his politics to the streets on a national tour called “Chanjo ya Rushwa,” (“Vaccination Against Corruption”), which covered all regions of Tanzania offering free community shows with his band, The Spirits, followed by open, public debates to “give people a voice on the problems of corruption, laziness and selfishness.”

The vision: “people will be able to discuss vivid situations and identify causes and solutions.”

The controversial tour ended in 2013 amidst security concerns, though Vitali continues to rail against corruption at all levels of government and has called out the Bagamoyo College of the Arts on various accusations of fraud, corruption, and theft.

Supporters insist this arrest was the unjust outcome of living in a climate of heightened censorship, with Tanzania’s new Cyber Crimes Act actively repressing opposition and dissent, especially online.

Vitali founded and directs Jua Arts Center in Bagamoyo, often collaborating with his students as a teacher and mentor.

He teaches music, theory and community organizing as a way to encourage young people to speak ‘truth to power’ and to use music as a tool to critically examine Tanzania’s most pressing social issues.

The CDEA (Culture & Development East Africa) has referred to Vitali as a ‘patriotic musician,” collaborating with him to raise funds for CDEA arts programming through pledges to support his 2014 Kilimanjaro climb.

“I’m a musician, but my music is more for the streets, it’s not really for radio, or television or the disco,” Vitali explained in an interview during the Green Peace Music Festival.

In response to Tanzania’s 2015 presidential elections, Vitali composed the 2014 song “Vuma,” (“Blow”), which begins with an address to mothers everywhere: “You, mama, inside your home everyday, come outside, you’ll hear the news blowing [in every direction].”

He goes on to sing about the troubled union between Tanganyika and Zanzibar, the controversial Mtwara gas pipeline, arrogant politicians in parliament, and the pent up frustrations of everyday Tanzanian citizens who want economic justice, transparency and stability. 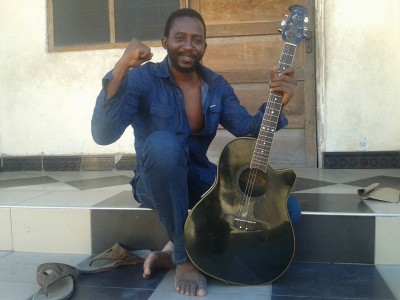 Vitali's forceful arrest in Bagamoyo occurred in the same week opposition leader Zitto Kabwe, of the Alliance for Change and Transparency (ACT), was summoned by police commander Wambura in Dar es Salaam for delivering a speech on “Protecting Democracy” on June 5 in Dar es Salaam, in which Kabwe called on supporters to continue to question the government in an effort to protect and stimulate a multi-party political system that values citizen engagement.

In his speech, he warned against totalitarianism and corruption and urged Tanzanians to question, criticize and correct decisions made under the leadership of President Magufuli of CCM (Chama cha Mapinduzi / The Revolutionary Party), who recently won the election of 2015 despite voter rigging accusations and a debacle on the islands of Zanzibar, where the opposition party CUF (Civic United Front) claimed a premature victory and still insists a botched election.

Kabwe was released and no charges were filed, yet the government banned rallies from all political parties just two days later.

While no direct correlation exists between the two arrests, the message is loud and clear: opposition voices will be silenced.

Last week's arrests raise difficult questions about the constitutional right to gather, form opinions, exchange ideas, and protest. It also underscores the power of the police to disrupt, intimidate and intervene at the slightest hint of dissent.

Advocacy  13 May 2022
END_OF_DOCUMENT_TOKEN_TO_BE_REPLACED
Cancel this reply