Indians Ask: Is Visiting a Torrent Site Really A Crime? 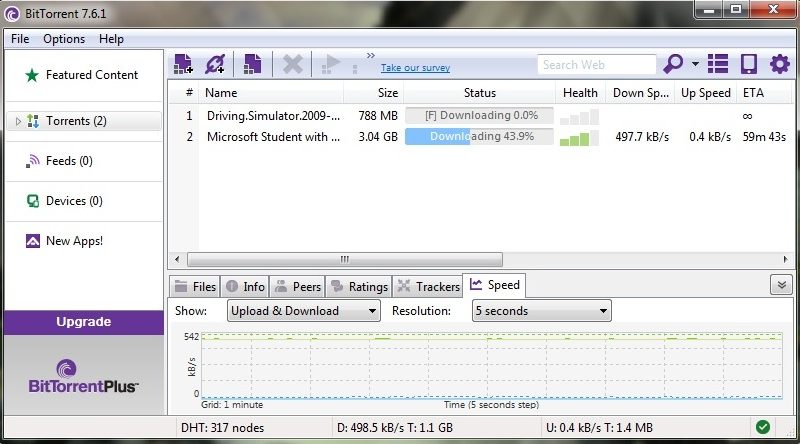 India has banned various large-scale torrent sites for a long time — this is old news. But under a new federal policy in India, one can be jailed for three years and fined 300,000 Indian Rupees (~US $4464) for downloading content on any of these blocked websites.

Netizens who regularly use these and similar services have become anxious about what the rule may mean for them. Last week, a new legal notice concerning copyright violations sparked widespread rumors that users could be penalized for simply viewing torrent sites.

The notice now appears when one visits any of the banned websites. It reads:

This URL has been blocked under the instructions of the Competent Government Authority or in compliance with the orders of a Court of competent jurisdiction. Viewing, downloading, exhibiting or duplicating an illicit copy of the contents under this URL is punishable as an offence under the laws of India, including but not limited to under Sections 63, 63-A, 65 and 65-A of the Copyright Act, 1957 which prescribe imprisonment for 3 years and also fine of upto Rs. 3,00,000/-. Any person aggrieved by any such blocking of this URL may contact at urlblock@tatacommunications.com who will, within 48 hours, provide you the details of relevant proceedings under which you can approach the relevant High Court or Authority for redressal of your grievance.

Soon after news of the notice began to circulate, the Chennai High Court – one of the oldest courts in India — issued a John Doe order to block as many as 830 websites, including several torrent websites such as thepiratebay.se, torrenthound.com, and kickasstorrents.come.in.

What is a torrent?

A torrent is part of a system that enables peer-to-peer file sharing (“P2P”) that is used to distribute data and electronic files over the Internet. Known as BitTorrent, this file distribution system is one of the most common technical protocols for transferring large files, such as digital audio files containing TV shows or video clips or digital audio files containing songs.

Within this system, files labeled with the .torrent extension contain meta data about files — e.g. file names, their sizes, folder structure and cryptographic hash value for integrity verification. They do not contain the content to be distributed, but without them, the system does not work. (via Wikipedia)

Indian tech news portal Medianama published a blog post arguing that it is the downloading of pirated content from certain banned websites and not accessing those website that should lead to the legal issues. The problem, it seems, lies in the poor wording of the notice. Medianama described this as “bizarre by any rational standard” and noted that, taken literally, it does not comply with the Indian Copyright Act.

Digital piracy legislation in India has been modified quite a lot in the recent times in general and over last five years in particular (Sections 63, 63A and 65 of the Indian Copyright Act of 1957 in particular.) But it has not been implemented with such force in the past.

This is not the first time India has put a blanket ban on such sites. In December 2014, 32 websites — including including code repository Github, video streaming sites Vimeo and Dailymotion, online archive Internet Archive, free software hosting site Sourceforge — were banned in India. They were later unblocked after agreeing to remove some ISIS-related content.

As they have in the past, tech-savvy netizens began suggesting hacks to mask or fake one's IP address. Sumiteshwar Choudhary, a practicing criminal and matrimony lawyer, described on Quora how the law had existed for quite some time but the government had never fully enforced it:

[..] The only reason that India has not been able to successfully ban these services is because the servers rest outside India and we don’t have any law to extend our jurisdiction to that extent today. As an end user if you download a pirated version of things you are not entitled to, you can be booked criminally under this Act and can face prison for up to 2 years…

Twitter user Prisma Mama Thakur criticized the ban, arguing that it should be a low priority in a moment when India has many other important problems to solve: