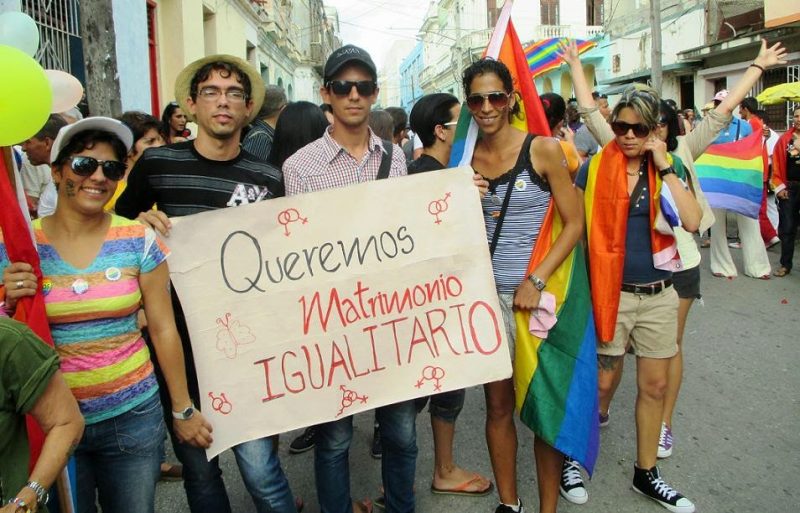 Cuban radio journalist and blogger Maykel González Vivero gave his final show on Radio Sagua on September 3, 2016, after the station terminated his contract due to González’ “collaboration with private media.”

Alongside his work narrating the program, “Por la Villa de Undoso,” which explored local history in the city of Sagua la Grande, the 32-year-old is an openly gay blogger, collaborator with other media and literary groups in Cuba, and an active member of the independent LGBT rights advocacy group Proyecto Arcoiris.

González reported via multiple media outlets that Radio Sagua station director Carlos Orlando Manrique explicitly condemned his work with independent Cuban news sites including Diario de Cuba. Diario de Cuba is openly critical of the Castro government and has contributors in both Cuba and the US. The website was recently blocked on the island, according to CubaNet (another site that has been blocked) and Global Voices’ contacts in the country.

In a public testimonial on Facebook, González described his experience at Radio Sagua. His troubles began in 2012, when he criticized the work of Mariela Castro Espín, the daughter of Cuban President Raúl Castro, who heads Cuba’s National Center for Sex Education and is a member of the National Assembly. González joined other independent advocates in critiquing Castro’s approach to LGBT rights advocacy, arguing that her efforts had fallen short on key issues of public import, mainly same-sex marriage and domestic partnership. He wrote:

A police officer made me go to an office at the Municipal Committee for the [Communist] Party….Ugly, dirty, he looked tired. This was my debut with them, the invisible ones. He then told me something that later would happen. “If I want,” he bragged, “I can call you a counterrevolutionary.”

González says he suspects that his critiques of senior Communist party member Marino Murillo, who served multiple terms as Cuba’s Minister of Planning and Economy between 2009 and 2016, didn’t help him either. He was re-assigned to different jobs within state media institutions multiple times after 2012, and then began pursuing work outside of state institutions. At one point, a state security officer told him:

It doesn’t matter where you publish, even if it’s just on your blog. We will always be reading what you write.

In recent years, González has traveled to Europe twice. In 2014, he spoke on LGBT rights issues in Cuba at the UN in Geneva. Things grew worse for González after he attended the Stockholm Internet Forum in 2015.

Last year, the Swedes invited me to the Stockholm Internet Forum. When I got back, things were unbearable at the station. Before I went to Scandinavia, the sub director said to me: “you won’t return,” as if to insinuate that I wouldn’t come back. I stopped working for state media outlets and instead went to work as a bureaucrat in a state office of Cultural Heritage, and I dedicated my time to writing reports, short articles, whatever I could, for the new media outlets.

And now you see what’s happened. Tomorrow my last program will air, the last one directed by me, in a show about the centralized nature of small, outlying cities in Cuba that were once very prosperous, specifically Sagua la Grande, from a historical perspective.

My literary commentary (its naive to think that literary criticism is inoffensive, even though I don’t think the censors are that sagacious) will no longer appear in the culture magazine Por la Villa del Undoso.

It took them long enough.

While González’ personal account of his experience is unique, the hard facts of it are not. Journalists who were once employed by Cuban state media outlets represent a significant proportion of Cuba's blogging communities, both on the island and abroad. Between the recent firings of journalists such as González and Jose Ramírez Pantoja, among others, and the official condemnation of Uruguayan blogger and former BBC columnist Fernando Ravsberg, who has worked as a journalist in Cuba since the 1990s, it appears that more may soon be joining their ranks.