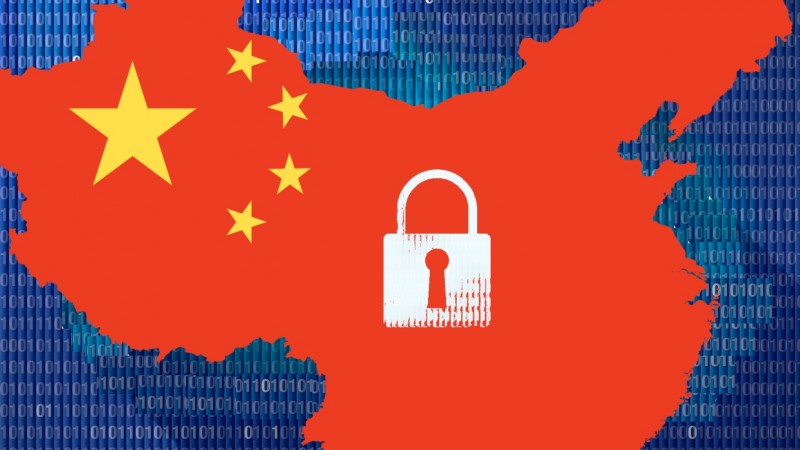 China's Cyberspace Administration is launching new draft regulations that would require hardware companies to pre-install surveillance software on communication devices and legalize specific approaches to treating internet addiction, all in the interest of protecting children.

The regulations encourage industrial and social sectors to become more engaged in issues of child protection online, through content warning and take down systems, pre-installed censorship and surveillance softwares, legalization and promotion of Internet addiction treatments, and age verification systems for online games. Published on September 30, the Regulations on the Protection of Minors Online are open for public comment until October 31 2016.

Many are worried that the surveillance capabilities built into hardware or pre-installed on communication devices could be used for other purposes. According to Articles 11 and 12 of the regulations:

Article 11. All internet facilities in schools, libraries, cultural and youth centers should install softwares to protect minors and prevent them from accessing illegal and inappropriate information.

A blogger based in Guangzhou, who chose to have their identity withheld, expressed concern that after the legislation, all cell phones and computers made in China would be pre-installed with surveillance technology that could not be uninstalled.

This surveillance software could be used to spy on all activities, online or offline, of the device's owner. They could also be used to disrupt the functioning of circumvention tools. The blogger also pointed out that in the past, surveillance technologies found on Chinese-made hardware have had technical backdoors, leaving them vulnerable to malicious hackers.

Is “Green Dam Youth Escort” Back?

In 2009, the Chinese government had attempted to force both domestic and international PC makers to pre-install a filtering software known as “Green Dam-Youth Escort,” which blocked banned websites by linking between each user's device and an online database of banned sites. As Chinese netizens kept finding the flaws in the software, the plan was halted.

The current regulations do not specify which types of software would be installed in all communication devices, to be able to effectively prevent the minors from accessing “illegal and inappropriate information” as defined by Chinese law. But they do say that all software eventually would be linked to a central database controlled by the government or party authorities. Article 10 clearly states that the Cyber Administration and Ministry of Industry and Information Technology will be responsible for the development, manufacturing and implementation of the software policy. This is why many Chinese netizens exclaimed that “the Green Dam” has returned. All online discussions about this have been removed by Chinese web censors.

Online conversations about legalizing Internet addiction treatments have been less censored. While the international psychiatric community continues to debate whether Internet addiction is a real problem, the Chinese government appears ready to develop a domestic evaluation system and subject minors to a so-called “conversion” treatment. According to the drafted regulation:

Article 20: Education and health departments should organize and implement education programs and medical treatments to prevent minors from falling into Internet addiction and to convert minors who are addicted.

People’s government and education authorities of and above county level should equip primary and secondary schools with teachers specialing in this field or improve teachers’ professional skills to detect and intervene into the problem of internet addiction among minors at an early stage. Schools could also buy services from organizations specializing in prevention and intervention in internet addiction among minors.

In China, some clinical psychologists have become very active in promoting the treatment of Internet addiction. An iconic figure is Yang Yongxin, who has promoted a test to evaluate Internet addiction and using electroshock to cure his patients. In 2006, Yang established the country’s first Internet Addition Treatment Center at the Linyi City Mental Health Hospital in Shandong province.

Since China officially recognized Internet addiction as a clinical disorder in 2008, hundreds of boot camps have been set up to treat the addiction problem. The majority of these camps force to kids to go through very heavy physical exercises. There have been a few reports of children suddenly dying while in these camps. In 2014, a 19-year-old girl was tortured to death during an internet addiction boot-camp organized by her school in Henan province.

Though the legislation can be interpreted as an effort to “standardize” addiction treatment and prevent deaths during treatment, most Chinese netizens anticipate that it will cause more harm to the minors.

I look into the drafted Regulations on the Protection of Minors Online, it does not stress the duty of medical facilities to safeguard the minors’ personal safety. If the regulations are passed, it is likely that more minors will die [during treatment], this is so ironic.

On Twitter-like Sina Weibo, many netizens are speaking out against the Internet addiction treatment on the comment section of a news thread, with some referring to the electroshock treatments performed by Yang Yongxin:

Yang Yongxin will be legalized? I wonder if the leaders are from Shandong Linyi city?

Internet addiction is a problem concerning minors’ psychological health, but such crude legislation will probably lead to other big problems. We have no idea what a government which has been keeping a blind eye to Yang Yongxin for so long is capable of doing. We'll have to wait and see.

If the drafters let Yang Yongxin electroshock them for one year, I would give a pass.

I have been playing computer games since primary school. Now I am an adult and I don’t have an addiction problem. I can go without access to a computer for a month. How do you define addiction? What about addiction to cigarettes? How do you treat it? Electroshock!

In another news thread, netizens brought up the issue of human rights:

What is the legal ground for such restrictions of personal freedom? What is the [medical] ground in defining [Internet addiction] as a disease that requires treatment?

How to treat Internet addiction, electroshock? Beating? Do we still have human rights? To protect our next generation, we should not give birth anymore.

The point is how to prove that you are addicted? I wonder if someday I would be labelled as an Internet addict and forcibly detained for “treatment”.