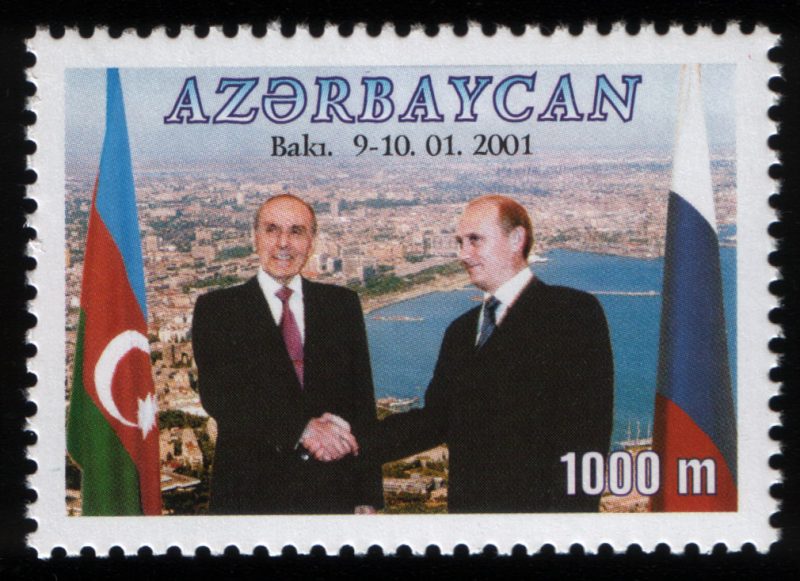 On December 8, a court in Azerbaijan's capital Baku sentenced 21-year-old activist Bayram Mammadov to 10 years in jail on narcotics charges that were very likely trumped up. Most believe that his real crime was writing graffiti on a statue of long dead former leader Heydar Aliyev, who is also the father of current autocrat Ilham Aliyev.

Just weeks earlier, another youth activist, 22-year-old Giyas Ibrahimov, was sentenced to 10 years in jail on the same charges. Ibrahimov's supporters believe he was also punished for defacing the Aliyev statue in combination with Mammadov.

sad day for youth in #Azerbaijan as yet another N!DA member is sentenced to 10 years #BayramMammadov @a_hesenov5 pic.twitter.com/ZT5YJnmhSu

#Azerbaijan: Another @nidavh‘s activist, #BayramMammadov, has been sentenced to 10 years in jail for #graffiti https://t.co/hjby6Kl6ty

The Aliyev family has ruled Azerbaijan since before independence in 1991 and is widely viewed as one of the most thoroughly corrupt political clans in the former Soviet Union. Heydar Aliyev is the family patriarch and a de facto state symbol, who regime sympathisers sometimes compare to modern Turkey's founder Kemal Ataturk.

N!DA, which means an “exclamation mark” in Azerbaijani was formed by seven young men in 2011. N!DA promotes political and social change in society through education-focused initiatives. Two years after its establishment, the movement's key leaders were targeted, arrested and later handed lengthy sentences.

As of today, seven out of those eight men originally arrested have been released. But new convictions, such as those against Mammadov and Ibrahimov, indicate that the movement is still a key target for authorities.

For provoking an oil-rich regime that withholds citizens’ civil rights and squashes their opportunities, both men will spend the best years of their life in jail.

Tortured and imprisoned, but no regrets

Ibraimov has already issued claims he was tortured in detention. In a letter sent from prison, he wrote:

I was beaten again as the policemen tried to force me to accept the drug charges. I told them that I had never seen narcotics in my life and they could not arrest me simply for having taken a photo [of the graffiti on the statue]. As a result, they beat me harder and demanded that I accept the charges. They swore at me and insulted me. They took my pants off and threatened to ‘immorally’ use a bat on me – that is, to rape me. I had no choice but to accept the charges. I ‘confessed’ and signed the testimony that was provided for me.

Bayram Mammadov, in turn, made a powerful speech prior to his sentencing, noting that it was more honourable to spend time in prison than to confess to a crime he had not committed and kow-tow to the regime on state television.

I regret nothing. If I could I would do it again. I don’t want to be remembered by apologising in my final statement. I refuse to see myself as a prisoner. I am a lover of freedom.

But the judge was not interested in listening to Mammadov or letting him finish:

Judge did not allow Bayram Mammadov to finish his final words. Right now, he is reading out his sentence. Bayram's hands are handcuffed from behind.

Following his arrest, Ibrahimov's mother teamed up with Amnesty International USA and prepared this video about her son and the bogus charges against him and Mammadov.

In a joint statement issued December 6, a group of rights organisations issued a letter calling on the government of Azerbaijan to cease politically motivated prosecution and torture, and to repeal laws criminalising dissent and free speech while releasing the pair.

But authorities in Azerbaijan seemingly have no intention of slowing a rights crackdown that has intensified with an economic depression linked to oil prices that plunged in 2014.

Instead, they are introducing harsher laws. On November 29, the parliament in Azerbaijan made online defamation of the president a criminal offence punishable by prison terms of up to 3 years. Fines for the same crime now range from 569 to 853 USD in a country where the minimum living wage is $76 per month.