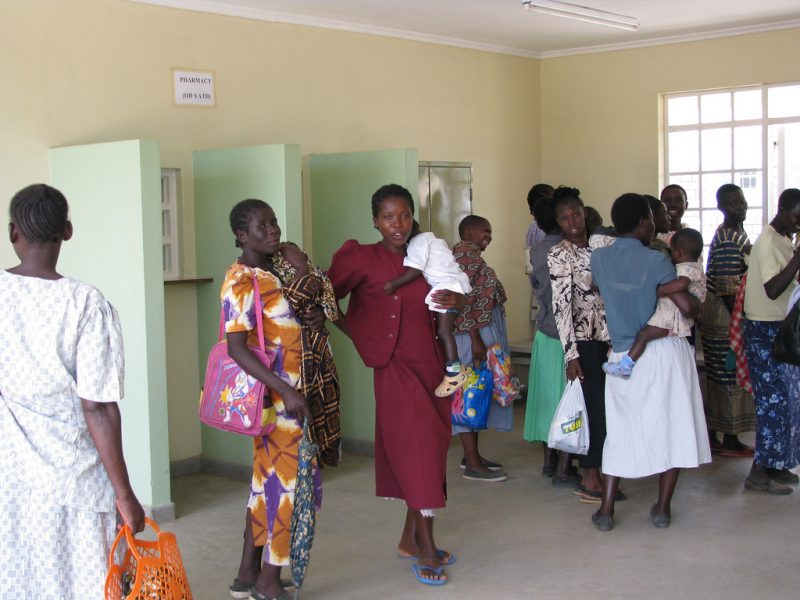 Since October 2015, there have been reports on Kenyan social media about the so-called “36 Bloggers” — a group of 36 social media influencers purportedly hired by the federal government to defend its interests online.

Often referred to as “The Itumbi Boys” or “Itumbots”, the group curates online discussions, spreads propaganda and otherwise works to change narratives that are deemed to be critical of the current Kenyan government, through the creation of counter hashtags or by hijacking any existing hashtags that put the administration in a bad light.

#TalkToRuto why did you hire 36 bloggers to spread propaganda and counter any critic? pic.twitter.com/WwPGsliuL0

The issue of the 36 bloggers has gained prominence online, following a nationwide strike by Kenyan doctors. In December 2016, 5,000 Kenyans doctors from all state hospitals went on strike to protest the government's failure to implement and honor the Collective Bargaining Agreement (CBA) it had entered into with the doctors’ union in 2013. Ongoing since December 5, the public support for the strike has been bolstered by allegations of millions of dollars having gone missing from the Ministry of Health. It has also brought the public healthcare system to a halt.

The effects of the strike escalated on February 13, 2017 when an appeals court judge ordered that seven officials from the Kenya Medical Practitioners, Pharmacists and Dentist Union (KMPDU) be jailed for contempt of court in failing to call off the the ongoing strike.

The hashtags have been countered not just by union members, but also by Kenyan social media users who refuse to buy into the rhetoric that the doctors are a greedy, incompetent lot, allowing innocent Kenyans to die. This caused the efforts of the allegedly paid influencers to backfire.

The Secretary General of The Kenya Medical Practitioners, Pharmacists and Dentists Union (KMPDU), the body that governs all Kenyan doctors, alleged that the 36 bloggers are getting paid more money than what the government has allocated for medical research in the country:

#greedydoctors? Our “greed” is to have a better health care as outlined in our CBA. @fnoluga has outlined the “greed” points below! pic.twitter.com/WNiXruGmw9

Referring to one of the other hashtags, #DaktariRudiKazi, Dr. Mo shared a post by an ordinary Kenyan who was defending the doctors against malicious propaganda:

Here's from a REAL Kenyan that sees through the propaganda & double standards. #DaktariRudiKazi is one of those propagandas!#LipaKamaTender pic.twitter.com/RUDszU605T

How I wish kenyans were as angry about massive corruption , looting and mp/mca Salaries as they are about #GreedyDoctors. Hypocrites!

Poriot Teko pointed out that the hashtags created by the group have flopped:

Although there are a number of mission hospitals affiliated to different religious denominations, their capacity has been strained over the last two months due to the influx of patients, many of whom can’t afford private health care.

Not all Kenyans are seeing this crisis from the viewpoint of the doctors. Many of those affected directly have an ailing close relative and are expressing their disappointment and disapproval for both parties in the crisis. AbdulKarim Taraja, whose family member has been suffering in hospital since the beginning of the strike, felt that doctors need to go back to work:

John Muiru also felt that the doctors should return to work as negotiations continue:

Can the Doctors embrace the return to work formula, as the concerned bodies come to a consensus, we are suffering #HealthCrisisKe

Meanwhile, patient deaths in hospitals continue to rise. There has not been an official number provided by the Ministry of Health of the patient death toll due the ongoing strike. There is, however, an estimate of 300 deaths from a Kenyan media house, KTN:

Some of these cases are making their way to Kenya’s social media space. Writing about the deaths, Soko Analyst said:

The senseless deaths I have witnessed have scarred me in ways I don't know how I will recover #DoctorsStrike https://t.co/YJdzC0tHAD

3 pregnant women denied admission at Mwala hospital, lose their infants in attempt to give birth by themselves #NursesStrike #DoctorsStrike

Some like Kiprono do not support the strike at all due to how doctors treat patients under their care:

The worst affected by the doctor’s strike are the nation’s poor who can’t afford private healthcare, many of whom go to the nation’s biggest referral hospital, Kenyatta Hospital.

As the battle to improve public healthcare in Kenya continues, the battle of the hashtags will definitely continue on social media.