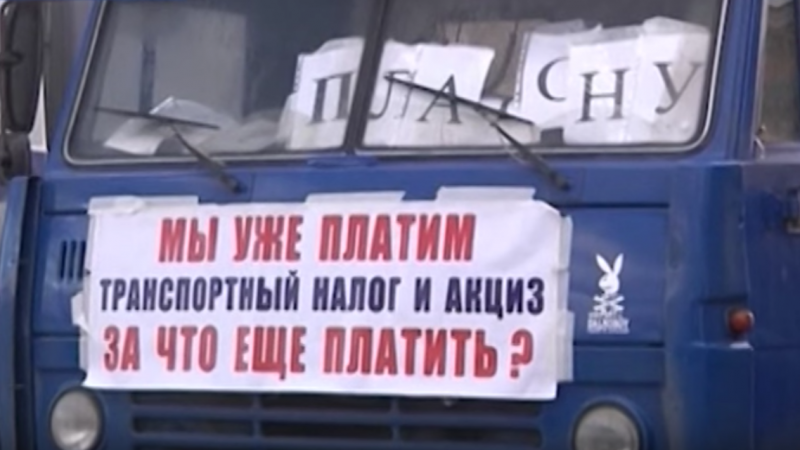 Roskomnadzor, the authority responsible for monitoring and censoring Russian media, posted a public announcement about the move in which it charged that the makers of the unencrypted walkie-talkie app had failed to submit company information necessary to be included in a federal registry by its deadline. Roskomnadzor said Zello had been asked to provide the information on the basis of a request from a “federal executive body,” which the news website TJournal identified as the Federal Security Service (FSB).

Following the introduction of a 2014 law passed ostensibly to help fight terrorism, the Russian government created a “Registry of Information-Dissemination Organizers,” a list of online platforms that Roskomnadzor oversees. Companies can avoid being included on this list if they give the Russian government unrestricted access to their data stream. Because it failed to submit the necessary documentation to Roskomnadzor, it does not appear that Zello, which has more than 400,000 users in Russia, will be added to the registry. Instead, it has been blocked. 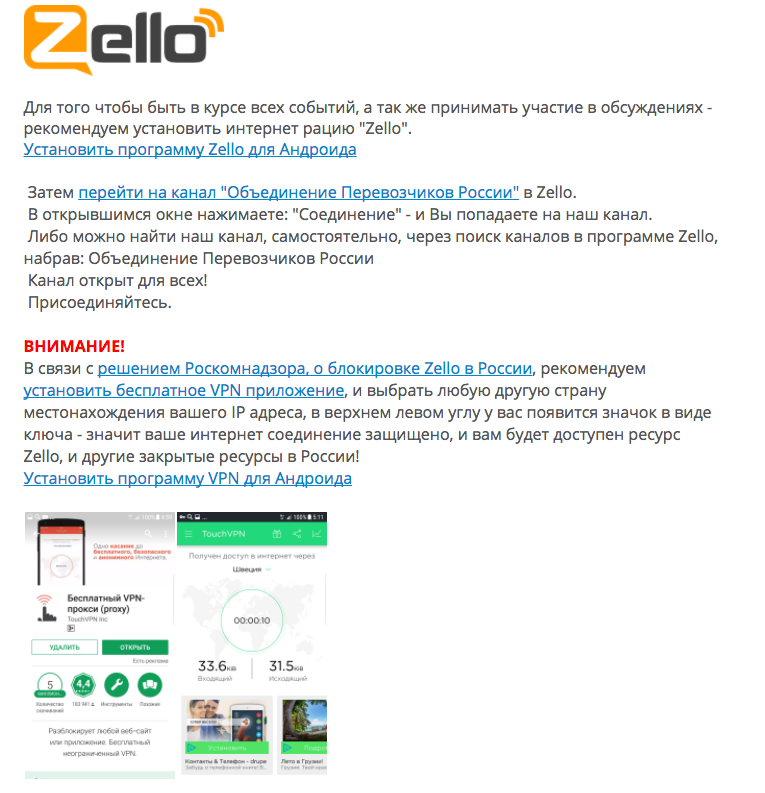 A warning issued by United Truckers of Russia advising users of its Zello channel to use a VPN.

On April 8, Zello announced on Twitter that it had received a message from Roskomnadzor on April 6 saying that it had not alerted Russian authorities about the start of its operations in the country. Roskomnadzor informed Zello that it would be blocked this week if it does supply the requested information. The news daily RBK later reported that authorities had instructed internet providers to block mobile access to Zello.

We've got a notice from Roskomnadzor that Zello will be blocked in Russia next week. More to follow… https://t.co/vnTUyoJO9W

Alexey Gavrilov, the Russian-born founder and CTO of Zello, which is based in the US (in Austin, Texas), wrote in a blog post published on Friday that his company would not comply with Roskomnadzor's request. He argued that the “Information-Dissemination Organizers” law is being exploited to block any “undesirable” internet-based service.

The demands of the law, he said “are not only absurd from a technical point of view, but they also contradict our principles and therefore we will not fulfill them.”

Communication and Protest: How to keep your conversations private

Zello became a popular among activists around the world in 2014, making it also a favorite government target: the Venezuelan government shut down Zello in 2014 after activists began using it to protest against President Nicolas Maduro's economic policies. In 2014, 15 Bahraini activists were arrested and disappeared after officials used Zello to lure them to a fake meeting. This prompted concerns about the app's vulnerability to hacking and government intrusion.

Technical security experts recommend that protesters seeking to communicate and organize privately use apps like Signal or Wire, both of which offer end-to-end encryption and allow users to make messages “disappear” shortly after they're read.

Zello, which allows users to communicate through private (but not wholly encrypted) channels, is popular among Russia's long-haul truckers, who have been on strike for the past three weeks in protest of a road tax that will increase their tax rate by 25 percent.

The protest's leaders say the new tax system will put truckers out of business. Andrei Bazhutin, the head of United Truckers of Russia (OPR, a trade organization) and an organizer of the strike, said as many as 700,000 Russian truckers could lose their jobs as a result of the tax.

Organizers say they expect more than 10,000 truckers to participate in the current strike, which is taking place across 80 of Russia's 83 regions (85, if you count illegally-annexed Crimea and Sevastopol). Truckers are using a Zello channel called OPR to organize their efforts. There is a link to the channel at the top of the OPR website, which advises users to use a VPN in light of Roskomnadzor's decision to block the app.