Thailand Threatens to Take Facebook to Court Over Anti-Monarchy Posts 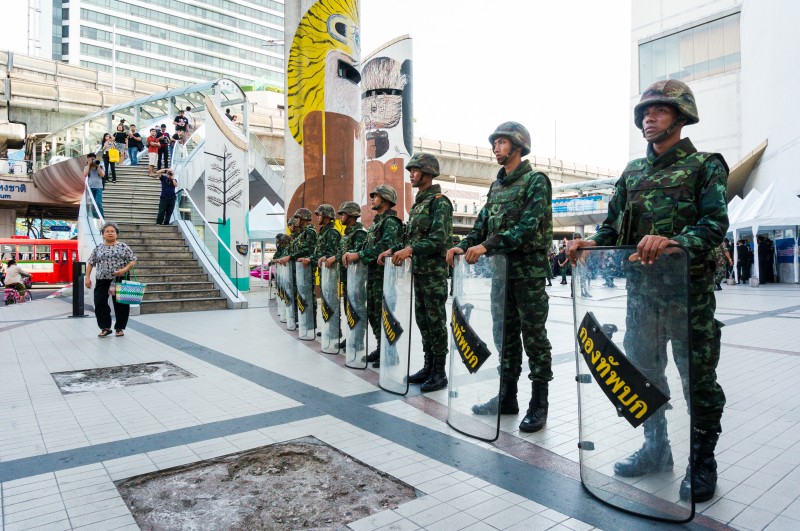 Soldiers standing guard outside of Bangkok Art and Culture Centre after the army launched a coup in May 2014. Photo by Hon Keong Soo, Copyright @Demotix (5/24/2014)

Facebook has removed 178 posts deemed insulting to the Thai monarchy thus far in 2017, as part of their effort to comply with Thailand's strict laws concerning “royal insult”.

But the military-backed government says there are an additional 131 posts that still need to come down. They have given the company until May 16 to remove 131 ‘anti-monarchy’ posts. If they do not cooperate, Thai officials say they will take the California-based company to court.

Thailand implements one of the harshest anti-Lese Majeste (Royal Insult) laws in the world. The government says the law is essential to preserving unity in the country, but human rights groups and legal scholars believe the law needs to be amended because it is overly broad and often abused by authorities. 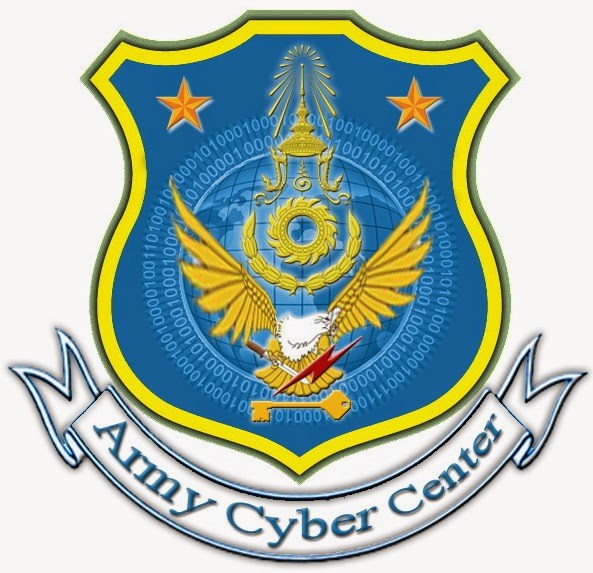 The government's Army Cyber Center has been aggressively searching the Internet for posts that insult the monarchy.

According to the International Federation for Human Rights, 105 individuals have been arrested because of alleged Lese Majeste violations since the army took over in 2014. Before the 2014 coup, in which the army grabbed power and established the ruling junta, only six individuals were behind bars for insulting the monarchy.

Many of the arrested individuals were activists who have been criticizing the army, which led human rights advocates to accuse the government of using the Lese Majeste law to silence dissent.

Thailand is a country in transition. It has a new king, a constitution drafted less than two years ago, and an army that has promised to restore civilian rule once electoral and political reforms have been implemented. In this time of transition, the government has been aggressive in restricting the work of media and arresting those who are campaigning for democratic reforms. Even those who simply ‘share’ and ‘like’ Facebook posts that are deemed disrespectful to the monarchy are criminally charged in the courts.

Last month, the government urged netizens to unfollow the social media pages of three overseas critics. One of these three critics is exiled academic Somsak Jeamteerasakul. On 4 May 2017, he received a message from Facebook about the removal of one of the videos he uploaded on his page:

We’re contacting you because the Ministry of Digital Economy & Society has sent us a Court Order issued by the Judge Tassanee Leelaporn and Judge Somyod Korpaisarn of the Criminal Court of Thailand stating that the following post you made on Facebook violates Section 14(3) of the Computer Crimes Act B.E. 2550 (2010).

Somsak said the video is about the lifestyle of the country’s new king. Somsak’s post about the notification he received from Facebook confirmed news reports that the social networking company is complying with the orders issued by Thai courts.

Aside from the 131 remaining ‘anti-monarchy’ Facebook posts, the Army Cyber Centre has identified 820 online items that allegedly insult the royal family. Of the 820 items, 365 were posted on Facebook, 450 on YouTube, and five on Twitter.

Will Facebook and other social media companies grant the request of the Thai government to remove these ‘illegal’ posts?

More importantly, as Lese Majeste-related arrests continue to rise, the online crackdown may have adverse effects on the movement calling for the protection of civil liberties and restoration of democracy in the country.