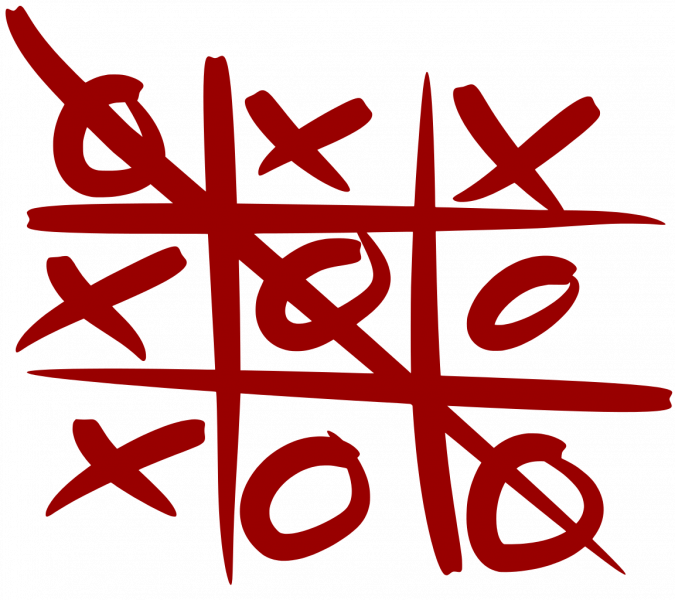 That isn't to say that the Ministry had not blocked websites before — just that it had never admitted to doing so. As in other heavy handed ex-Soviet states such as Kazakhstan and Tajikistan, previous reports of blocks were met with a shrug of the shoulders from authorities.

5 websites in #Azerbaijan have been blocked officially.

The state prosecutor claims that these websites “pose a threat” to Azerbaijan's national security and accuses them of sharing content that promotes violence, hatred, extremism, violates privacy and constitutes slander.

But recent articles published by Azadliq Radio do not match this description. The site's current page features stories on suicide rates in Azerbaijan, public protests, and the business dealings of Vice President Mehriban Aliyeva's private foundation, which surfaced new revelations regarding the financial activities of the president's relatives and his inner circle.

What's more, the court order does not just block the resources. It can be used as a premise to prosecute the outlets’ employees on the same spurious security grounds on which they were blocked.

Another website targeted recently by authorities was opposition media outlet abzas.net. In April, its editor Ulvi Hasanli told Meydan.TV that beginning in March this year, the website's editors and readers had noticed access issues.

The access issues began shortly after the parliament in Azerbaijan introduced amendments to the law on “Information, Informatisation and Protection of Information” and the law on telecommunications.

We documented a series of spearphishing attempts using a custom malware agent that has targeted critics of the Azerbaijani government over at least thirteen months. The recent samples of the malware are consistent with independent reports of an increase in the compromise of social media accounts of activists. The victims and targets identified, as well as the political theme of bait documents, indicate that the campaign is largely targeting human rights activists, journalists, and dissidents. This campaign also aligns with findings by VirtualRoad.org in their report, “News Media Websites Attacked from Governmental Infrastructure in Azerbaijan”, which links some of the same network address blocks with “break-in attempts” and “denial of service attacks” against several independent media websites

In recent days, users in Azerbaijan have been reporting difficulties receiving incoming international calls via Skype and WhatsApp.

It is impossible to talk either with whatsapp, or skype. Are these also blocked?

There have been issues receiving international calls via Whatsapp and Skype in recent days. Looks like Aliyevs are short on cash, their mobile operators ran out of money.

Yes, its been like this for the past five days. Not possible to talk when receiving an international call. This was one thing we had left and they have taken it too. May God punish them. All they think about is how to shut people up and oppress them.

Hebib Muntezir, one of the founders of the now-officially-blocked Meydan TV offered a speedy solution to getting round the blocks: 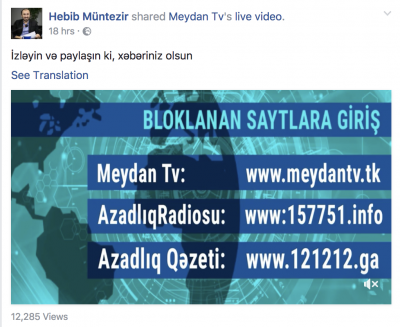 The temporary [so far] access issues with Skype and WhatsApp can be circumvented by using VPNs.

It is worth noting that Azerbaijan is currently hosting the Islamic Solidarity Games, an international event that attracts kicked off on May 12 — the same day the court ordered the websites blocked — and will continue until May 22. The games are an Olympic-style competition open to all Muslim nations, in which some 3000 athletes from 50 countries participated this year.

Our ceremony tonight is a universal story of a peace rooted in the culture and traditions of #Azerbaijan ?? pic.twitter.com/jwNpK08wix

Repression of critical journalism and internet censorship: these are some of modern Azerbaijan's strongest traditions. 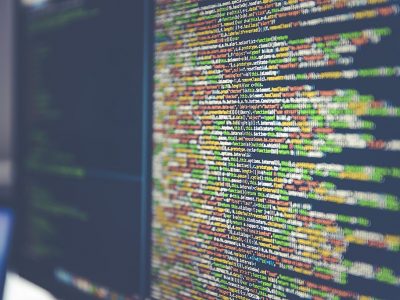