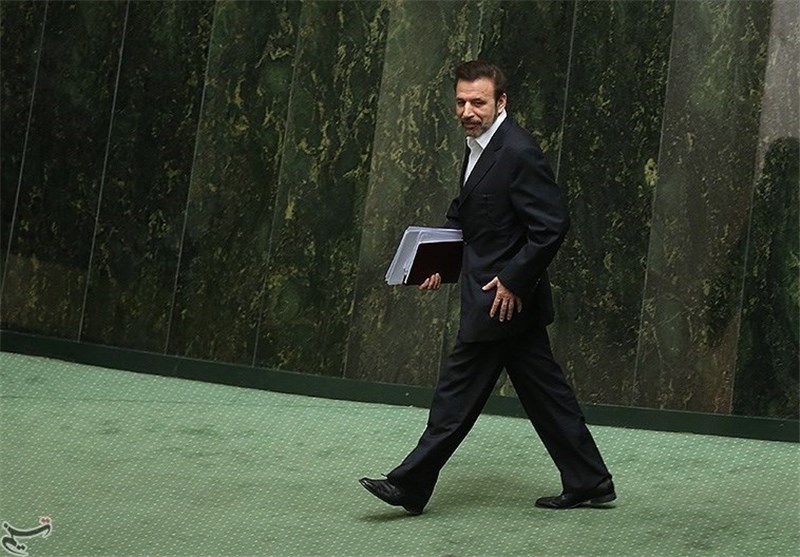 Rouhani's Minister of ICT, Vaezi, declared to the Parliament, 18 days after Rouhani campaigned and won on boasts of Internet freedom, his government had blocked 7 million websites in their first term. Image from Tasnim with the intention to republish.

President Rouhani fires a shot: If not for this gov, internet would be so limited even my opponents couldn't have use it for campaigning.

Rouhani: If it wasn't for the efforts of this government in this field there would be no social networks live right now, they would have sacrificed them by now.

Current Vice President Eshaq Jahangiri, who ran for the majority of the election campaign as a “placeholder” and “running-mate-like” presidential candidate  (it was suspected he would drop out and support Rouhani at the last minute, which he did), even went out of his way to defend the Rouhani government's commitments to a free Internet. It should be noted, that much of Jahangiri's base consisted of the nation's progressive reformists, often vocal about the values of a freedom of expression and access to information.

On 6 June, however, 18 days after Rouhani's re-election, Information Communication and Technology Minister Mahmoud Vaezi announced in a session of parliament that the Rouhani government had effectively improved methods to control the Internet and had shutdown a number of platforms.

The Minister characterized these efforts as ways of defending Iran's national security:

In the past four years, we have been trying to increase opportunities and enhance cybersecurity and reduce threats…

He went on to describe how Iranian officials are working with the messaging app Telegram to create a safer space in the interest of curbing sexual abuse, child abuse, ‘violence’, ‘terrorism’ and ‘anti-religious content.’ It should be noted Telegram has previously denied cooperation with the Iranian government, except to block pornographic content deemed inappropriate on distributors such as Apple's App store.

Instead of blocking Telegram as a foreign social media platform and emigrating its users to another platform, we've been working with their administrators and agreed on five topics including sexual abuse, child abuse, violence, terrorism and anti-religious content to be blocked on this software, and so far 173, 000 instances of these topics have been shut down. Telegram activity included 10% of these issues, they have now dropped to 2%

The Minister did not explain why widespread censorship has continued in Iran, nor did he indicate which platforms are being targeted for what he described as “intelligent refinement”. The Minister has previously referred to a presumably similar process of “intelligent filtering,” which was only known to be deployed on Instagram.

We also launched the project of intelligent refinement and have blocked about 400 million videos through this method. If previously there were 8% of websites that were problematic, we have now brought it down to 1.5%. Also, over the part three years, we have closed 7 million addresses that have been notified to us by the relevant authorities and blocked 121 relevant pieces of software as well as circumvention tools.